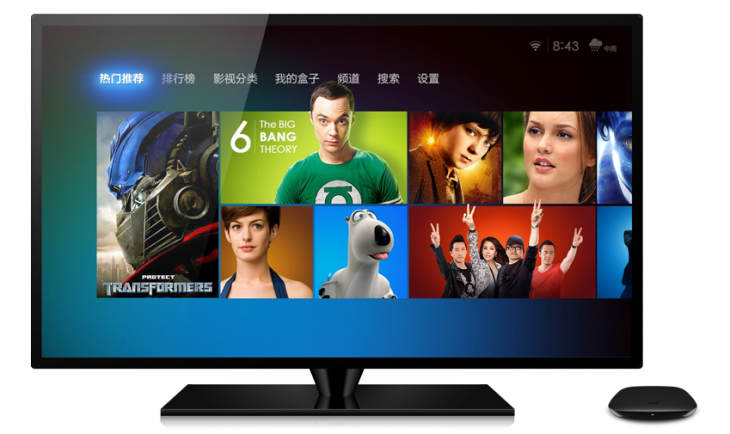 As anticipated, Chinese smartphone maker Xiaomi has announced the Xiaomi Box, an Android-based set-top box that will cost $64 (RMB 399). In a move that could spur sales of its handsets, owners of Xiaomi phones will save $16 (RMB100).

The device isn’t quite ready for mass market, but Xiaomi is releasing a limited number of test units to its fans. Users interested in participating in the program can submit an application starting today, though the box, like Xiaomi’s phones, is likely to be mainland China-only for the time being.

The Xiaomi Box will have access to over 30,000 movies and TV shows. It will support photo and video beaming to the TV for Xiaomi phones, as well as the iPhone and the iPad via Airplay. It will run Android games, and killer apps for the device include Douban Music and Plants vs. Zombies, which has become a smash hit in China.

The Xiaomi Box has a diameter of 105mm and a thickness of 21mm. It hooks up to TV via HDMI and comes with a remote control. The startup plans to support the box with a video app for Android and iOS that will let phones serve as a remote.

Xiaomi also promises an open API interface for the Box in hopes of promoting a developer ecosystem around the box. As with its MIUI Android skin, the company will release weekly software updates for the Xiaomi Box. The company also bulked up its entertainment software assets with the recent acquisition of Duokan.

Rumors of the device had cropped up several months before, and Xiaomi teased the device last week. Xiaomi has managed to keep costs down, as early reports had suggested the box would sell for $80 (RMB 499).

With the release of the Xiaomi Box, the company’s aspirations to be more than just a smartphone maker have come into focus. Executives have said in the past that they plan to profit more off e-commerce and content than on hardware itself, so a set-top box is a natural choice. Close integration with Xiaomi’s smartphones should also provide a halo effect by establishing a multi-device platform.

Xiaomi now makes a smartphone operating system (though based on Android), hardware, a chat client and a set-top box. Gradually, the company is working toward becoming a household name in China, similar to Apple’s own digital lifestyle initiatives. With a $4 billion valuation and an active fan base, Xiaomi’s prospects are looking bright.