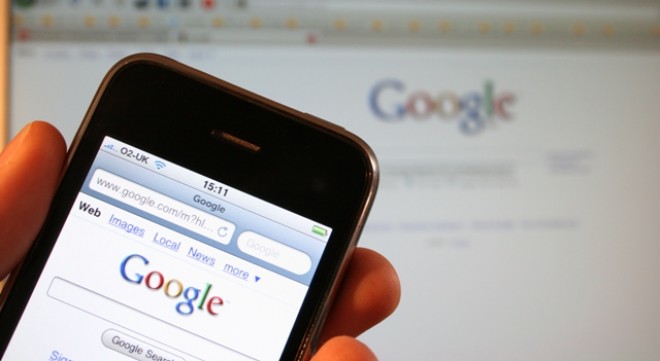 It easy to say this every year but 2011 really was a break through for the Internet and technology industries in Asia. While growth and development from emerging markets is a given, Asia is progressing at a very positive rate.

There are plenty of regional proof points but, we’d like to a look back at four of the (many) significant takeaways from 2011 for Asia’s technology industry.

Smartphones and Android blew up in Southeast Asia

Asia’s smartphone revolution has been on the cusp for some time, but the phenomenal response to Android has seen the ownership of devices shift up a few gears over the last twelve months.

Android shipments to Southeast Asia grew by 1,000 percent this year, with the Google-owned open sourced operating system, thought to account for 40 percent of the region’s smartphones today.

As this recent infographic demonstrates, there are predicted to be 163 million smartphones in Southeast Asia by 2015; with a huge proportion of those in the region already owning, or planning to buy a smartphone as their next device.

It isn’t just Southeast Asia where it is having an effect, Android is enabling a range of newly affordable tablets and smartphones in markets across the continent. In India, for example, Android has been used to build the world’s cheapest tablet — the $45 Akash — and will be the OS on-board its second iteration coming next year, while a host of local, Android devices are performing well in China and other markets.

While four of the top five Android app markets — based on population — are located in Asia, again demonstrating its significance in this part of the world.

Twitter is banned in China, alongside a host of other western social networks, which has seen the country’s social media space develop in its own, distinct way. Two of the main weibo (which is Chinese for microblog) services are those offered by Sina and Tencent, both of which have a number of other Internet services in addition.

While many are familiar with the time ‘Chinese clones’ — which denotes replicas that copy western sites — the phrase does not do justice to microblogging services in the country, which are aguably more innovative and daring than Twitter.

For example, Sina has been busy introducing new features in 2011, which included a social video site, in addition to IM, games and other existing features. The new additions culminated in a new look which, as the guys at Penn Olson astutely noted, is rather similar to the new design that Twitter subsequently adopted earlier this month.

Tencent’s Weibo, which is largely seen as more commercial, has gone about broadening its appeal with the addition of a number of Westerns, including footballer Cristiano Ronaldo and top Spanish team FC Barcelona.

In terms of numbers, Sina and Tencent together have more than 550 million users, which is more than the number of Chinese people with Internet access, providing an important new communications channel in a country where news and information are closely guarded by the authorities.

In response to the growth in users numbers and influence of microblogging, Beijing has been working to make weibo users more accountable for their messages, which have broken news that the government would prefer to keep quiet about – such as a major train crash that took place in July.

Recently, the government introduced a measure to ensure that all weibo users verify their account with their national ID, and companies like Sina employ rumour teams to crack down on false information which might cause it trouble with Chinese authorities.

For those who believe weibos are something insignificant happening far away far away from the West, consider this: weibo has greater reach across China than Twitter has in the US, and Sina weibo grew 181 percent this year to rank as the tenth largest social network worldwide, according to comScore.

Following in Tencent’s footsteps, Sina is preparing to launch an English version of its site very soon. Rather than challenging Twitter, both companies are looking to broaden their ‘window into China’ to allow non-Chinese readers to use the services. Indeed, Sina’s own iOS app already provides an excellent quality English experience.

Social media usage shot up across the region, with room to grow

Facebook has been in dominant social network in many Asian countries for some time and Twitter has begun to see similar success across the region this year.

Thailand, for example, where Facebook is the dominant social network, saw a massive growth in Twitter usage during its worst flood for ten years. On a far larger scale, Twitter was essential in Japan during its earthquake disaster this year, although this is less surprising given its profile in the country.

It is difficult to quantify Twitter usage as the company doesn’t break user numbers out by country regularly, however recent research into languages used on the service provides a glimpse of its popularity in the continent.

Although English leads the way, Japanese, Malay, Thai and Korean are amongst the top languages, demonstrating that the service is well used in markets across Asia, with China the notable exception, as above.

As for Facebook, it continues to be popular in most of the region, with many government organisations using it to reach and communicate with their people. There are some pockets where Facebook trails others — such as China and Vietnam, where it is blocked by the government, or Japan and Korea, where it trails local players — but those aside it is dominating Asia.

Even in Japan and Korea, it is making remarkable progress considering that both markets are incredibly inward focused, with mature social media spaces already in place before the service entered either markets. Growth of Facebook members over the last three months in Korea (31 percent) shows that it will soon provide a serious challenge to the establishment, while its growing threat in Japan is demonstrated by 30 percent growth during that period.

In markets where it already holds a significant position, it is likely to continue to see growth as Internet access and ownership of smartphones increase, giving more people more options to get online. But even today, as this story of how Facebook helped reunite an elderly Filipino couple showed, it is having a significant influence on life in Asia.

But arguably the ultimate testament to social media’s growth and development, is the way that Asian governments have been active in trying to control content on them. Again in Thailand, the government contacted Facebook to request that unlawful links were removed, while India is currently in the midst of trying to have ‘unacceptable’ content taken down from a host of Internet providers.

We’ve extensively covered the progress of mobile social gaming which, in Asia, has its roots in Japan, where leading firms DeNA and GREE are both based.

As we showed above during the Android/smartphone recap, mobile apps are hugely popular in Asia with gaming the dominant genre. Taking this a step further, DeNA and GREE provide a platform for gaming on a mobile phone, where gamers can play with friends or complete strangers. 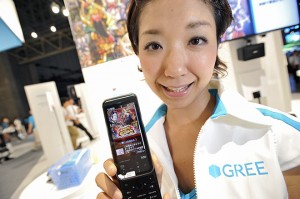 The concept is huge in Japan, where DeNA now owns a baseball team and mobile social games rack up hundreds of thousands, if not millions, of users quickly, and both firms are looking to take their platforms worldwide.

GREE and DeNA already have operations in the US, having acquired OpenFeint and Ngmoco respectively, and this year has seen them both branch their networks out across the globe with new operations in Europe, the Middle East, Latin America and across Asia too.

Given the prominence of smartphones and the growing popularity of gaming on mobile, these two Asian firms are pushing mobile social gaming into the West and could be set to become established international firms next year, but we’ll have more on that soon.

There are a great many other spaces where tech and the Internet have made impressive ground in Asia this year — with notable examples like voice microblogging provider Bubble Motion (10 million global users) and mobile messaging service Mig33 (8.5 million messages sent per day) — so we do realise that these snippets not cover the entire spectrum.

Over the next few days, we’ll giving our thoughts for 2012, much of which will relate to the successes of 2011 and these four areas in particular.

Over to you: Which companies impressed you with their efforts in Asia and which areas do you believe showed the continent’s potential as a tech market best? Let us know in the comments section.