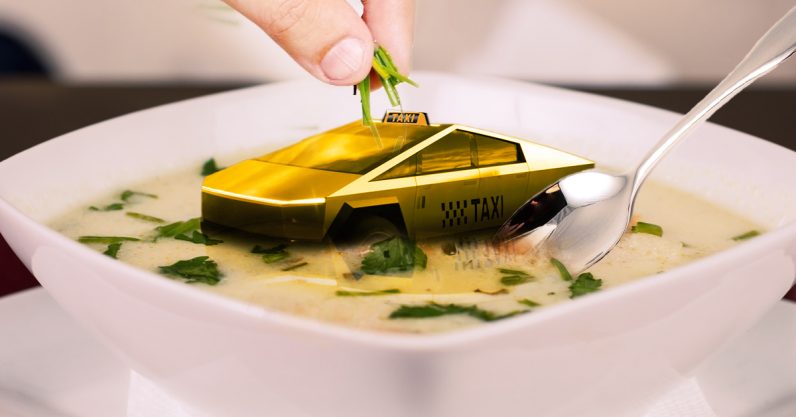 2019 is almost over and that means it’s time to check in on Tesla’s progress towards fielding a million robo-taxis. You see, Elon Musk told the world he’d have a million fully autonomous robotaxis by the end of 2020, and we wanted to see how many he’s managed to produce so far.

Let’s count together. One, two, three, zero: He’s developed exactly zero production model robo-taxis. We know this because “zero” is exactly how many fully-autonomous production cars there are in the world.

This bodes well for world-renowned AI experts Rodney Brooks and Kai Fu Lee. They took to Twitter right after Musk made prediction to challenge the timeline.

Brooks tweeted, “Let’s count how many truly autonomous (no human safety driver) Tesla taxis (public chooses destination & pays) on regular streets (unrestricted human driven cars on the same streets) on December 31, 2020. It will not be a million. My prediction: zero. Count & retweet this then.”

His assertion was taken up by Lee, who responded with “If there are a million Tesla robo-taxis functioning on the road in 2020, I will eat them. Perhaps Rodney Brooks will eat half with me?”

And the bet was sealed with Brook’s response: “Hi Kai-Fu, absolutely. I will share the feast with you. If there are a million Tesla robo-taxis on the road next year we will eat them all together! And while I am normally worried about indigestion I think the conditional in this challenge will mean that both will be fine!!”

Since a deal’s a deal, we wanted to make sure we had it in the record – no take-backs now!

If you’re unfamiliar with the intimate machinations of the AI community, it’s likely you’re more familiar with Musk than Lee or Brooks. But, the divide between the two camps doesn’t come at the expense of one or the other’s expertise. In this case, all parties are correct (some just more so than others).

Musk‘s assertion is that robo-taxis are imminent, and most experts agree. Just not in the timeline he’s given. He envisions a world where, by the year 2021, you come home from work, your Tesla drops you off, and then it goes out and makes more money for you on its own. It’s the ultimate turn-key business (you need a car anyway right?). The “end of 2020” seemed like a pretty good near-future term to set in early 2019, so here we are.

Unfortunately for Musk, AI technology isn’t up to snuff yet. There are dozens of companies from Waymo to Uber that claim to have autonomous vehicle technology, but all of it gets an asterisk. To be clear: to date, there is no autonomous vehicle capable of operating on any street, without a safety driver, without external connectivity to the cloud or other networks, in any weather, and with pedestrians and human-driven vehicles in traffic. This isn’t just an AI problem, it’ll take a suite of services and infrastructure (not to mention policy and regulation) to pull off truly-autonomous vehicles.

Cars that drive themselves as well as humans don’t exist yet, and we could be a decade or more away from them. The good news is that there are numerous AI technologies in use, such as Tesla’s poorly-named Autopilot, that work as driver-assistance features enabling near-autonomous transportation.

Companies across the globe are engaged in efforts to build infrastructure – such as smart roads and autonomous traffic lights – that will ease the transition from driver assistance to driverless AI. And, clearly, big tech is pouring tens of billions of dollars in R&D to produce cutting-edge vehicle technology. Eventually, the dam will break and the combination of AI technology and civil engineering will lead to robo-taxis that make our cities safer for everyone.

But, barring the kind of technological breakthroughs that science fiction writers usually just give up and attribute to aliens, we’re probably not within 12 months of fielding a single fully-autonomous robo-taxi, much less a million.

That’s not to say various companies won’t demonstrate them this year, the hype cycle alone demands that Tesla, Waymo, Apple, and other companies knee-deep in the hoopla have at least some product to show for their investment and work. But that product, like a lot of early tech gadgets (looking at you Hololens) will almost certainly fail to deliver on its target. We’ll see a lot of cars advertised as having “fully-autonomous capabilities,” but you’re unlikely to see any driving unconstrained on regular roads without a safety driver in 2020.

On the other hand, Musk also has more inroads with the US government than most big tech companies. He’s working closely with the Trump administration through his SpaceX company, as NASA attempts to privatize more and more of its taxpayer funded duties. And he’s got friends in Conservative places as his former pal, from Pay Pal, Peter Thiel’s managed to become the belle of ICE’s ball. If anyone can convince the federal government to step in slash regulations on behalf of a dangerous pipe dream, it’s Elon Musk.

At least for now. The 2020 elections may make things harder for AI companies in the US hoping to avoid safety regulations. If a Democrat replaces Donald Trump as president, it’s likely we’ll see AI regulated for public safety. Letting the same technology that powers Autopilot (into the backs of police cars, the sides of semi trucks, and the backs of more police cars) loose on city streets without human safety drivers seems like a bad idea, but Conservative lobbyists have a way of keeping government regulations from interfering with company bottom lines.

All Musk has to do is hope Democrats don’t regulate AI, invent an AI capable of doing things no other system currently can, produce or retrofit a million Teslas, and deploy them on roads that currently don’t have a regulatory structure for governing their operation. All in the next 12 months. Sending people to Mars might be easier.

We think it’s safe to say Lee and Brooks won’t be eating any cars. And, if we’re wrong, we’ll put our Teslas where our mouth is:

If @Tesla releases a fully autonomous car, I'll join @kaifulee and @rodneyabrooks and eat it. Bumper to bumper. With @CholulaHotSauce.

Read next: Why AI could benefit from seeing the world as kids do