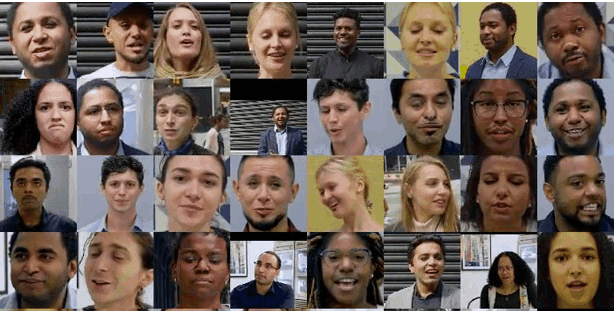 We’ve seen multiple instances of deepfake technology being used to harm someone mentally or financially. To fight this, researchers need to develop detection algorithms to weed out such videos. Today, Google announced the release of a free, huge dataset of deepfake videos to help researchers.

The company developed this dataset in collaboration with Jigsaw – a tech incubator created by Google. Plus, FaceForenesics Benchmark, a program developed by the Technical University of Munich and the University Federico II of Naples, that helps researchers create techniques to detect artificial videos, will incorporate the dataset.

Google said it worked with actors over the past year to create deekfake videos for this dataset:

To make this dataset, over the past year we worked with paid and consenting actors to record hundreds of videos. Using publicly available deepfake generation methods, we then created thousands of deepfakes from these videos. The resulting videos, real and fake, comprise our contribution, which we created to directly support deepfake detection efforts.

While some videos are real, others are created by imposing one actor’s face onto another. You can see an example below: