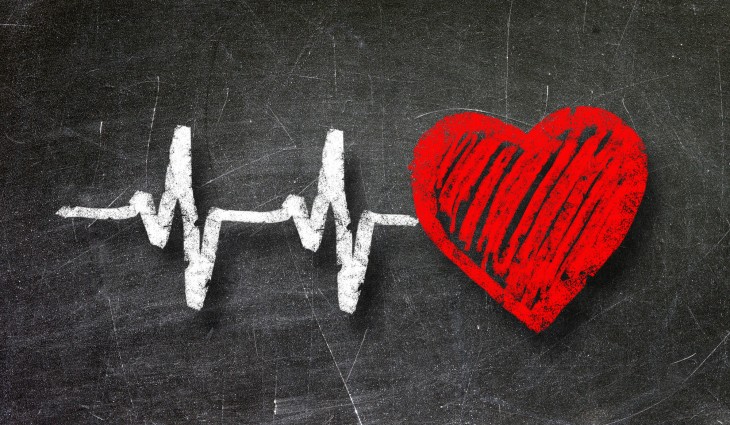 The Pentagon last week unveiled a long-range laser device capable of detecting a person’s unique heart-signature. It was designed to thwart terrorism, but could lead to the Holy Grail of civilian surveillance: an ethical, non-invasive method of conducting biometric identification from afar.

Science fiction has long told us that wars in the future would be fought with lasers, we just assumed they’d be weapons. The Pentagon’s heartbeat-detecting laser, called Jetson, is entirely harmless. It uses a technology called vibrometry to detect the subtle vibrations of a person’s body caused by the movement of blood throughout their circulatory system.

The significance here is that your heartbeat is unique. As an anti-terrorism tool the laser makes perfect sense. With an effective range at just over 200 meters, the device would theoretically function like a sniper weapon. A human operator would aim the laser and, under its current technical limitations, keep it trained on a target for about 30 seconds. Once a target’s been tagged by their heartbeat, the laser system can confirm their identity later by repeating the process.

What this means is, for example, soldiers performing reconnaissance could obtain the heart-signature of suspected terrorists ahead of a mission. Such intelligence would allow any fire team sent to engage the terrorists later to take out only those pre-tagged. Or, in the event allies were embedded, snipers could alternately identify friendlies by their heartbeat and avoid firing at them.

It’s not a stretch to imagine a system that works like the HUD in Halo, where pointing your weapon’s scope at a friendly changes the color of your reticle. Something like this could reduce friendly fire and civilian casualty incidents.

But perhaps the most exciting implications for this tech are its potential uses outside of the military sector.

No keys, no passwords, no chips

About 70-percent of you don’t want chips sewn into your flesh for the purpose of storing data and granting access. That means we’re a long way from ditching passwords, keys, fingerprint logins, and facial recognition systems. Unfortunately people are prone to forget or share their passwords, keys get lost or stolen, and fingerprints can be aped with a piece of tape. Even iris-scanners can be fooled if you’re a Hollywood villain willing to pluck someone’s eye out and hold it up a door.

But the way your body vibrates with your pulse is something that can’t be imitated or stolen. And you can’t obscure or disguise it by wearing gloves or a mask (though current tech does require line of sight). In essence, it’s the ultimate biometric authentication tool. You’d just walk up to a door, wait for the laser to scan you, and then enter. Same goes for your phone or even entry to a convenience store. Unlike the facial recognition system slated for use at this Tacoma shop, heartbeat identification has no chance of being racially discriminatory.

A logical extension of the Apple Watch

The domain we’re most likely to see hearbeat-detection monitoring of this type in first is medicine. Thanks to advancements in wearable technology such as the Apple Watch, we’re able to detect cardiac emergencies when they happen. Unfortunately, you have to be wearing one of these devices or hooked up to a machine in a hospital to benefit from this early warning.

If hospitals were to implement a system that scanned every person who entered the emergency room to determine if they were suffering from a cardiac emergency, it could go a long way towards improving patient outcomes. Imagine if nursing homes, recovery centers, and first responders were equipped with such a device. In the future diagnostic triage could be an automated process.

This could be huge. Currently police use every method available to them in order to sniff out crime and catch evil-doers. Unfortunately, we don’t live in a perfect society. Whether through biased technology, or intentional misuse, law enforcement officers find themselves increasingly maligned for their use of ubiquitous, unsecure, and unethical surveillance techniques.

The Pentagon’s Jetson laser could provide law enforcement officers with a tool to target only those suspected or observed committing a crime in order to identify them again later. Unlike facial recognition, officers wouldn’t be using a tool that’s racially biased to begin with. And unlike fingerprints or DNA swabs, the data required to make an identification can’t be planted or fudged by labs.

Of course, this is early technology. Jetson is a prototype. As mentioned, it takes about 30 seconds to scan a person, and the target must remain still for the entire time. It’ll need further development before soldiers, paramedics, and cops can potentially benefit from its use. But the blueprint is here.

Those of us who dream of a democracy where our right to freedom and privacy isn’t under constant assault by our own government should support the development of targeted surveillance technologies to supplant ubiquitous ones.

Read next: CHEAP: Live your 'Hunger Games' fantasies with a kickass Nerf Bow for only $24