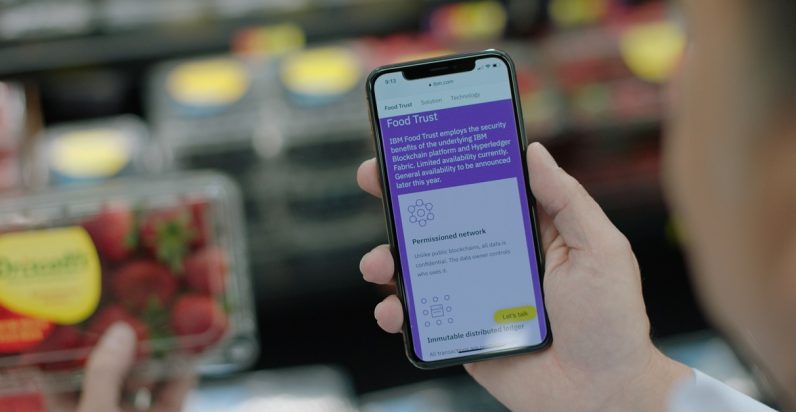 Machine learning is disrupting the food industry. From how farmers determine which seeds to plant, to what toppings your local mom and pop pizza-joint serves, there’s an AI-powered solution at work that’s revolutionizing what and how we eat. After about 200,000 years of managing our own basic nutritional needs — poorly, in most cases — the grown-ups are finally putting machines in charge.

IBM recently unveiled its “5 in 5” for 2019 – five innovations the company believes will change our lives in the next five years. This year’s theme seems to be “feed the people,” because of its heavy focus on the food industry. And, since it’s IBM, all but one rely on machine learning as the core technology.

The last one isn’t necessarily related to AI, but it’s worth including just for the cool factor:

Perhaps the most unexpected way IBM uses AI to change the way we eat is in the flavor industry. Despite the fact that machines can’t taste, they’re actually a useful resource in the development of new forms of deliciousness. Much like perfumes and colognes, creating a new flavor – or imitating a well-known one – requires an incredible amount of experimentation.

McCormick, the world’s largest spice company, will now develop new flavors with insights provided by IBM‘s AI. According to an IBM blog post:

Using IBM Research AI for Product Composition, McCormick is ushering in a new era of flavor innovation and changing the course of the industry. Product developers across McCormick’s global workforce will be able to explore flavor territories more quickly and efficiently using AI to learn and predict new flavor combinations from hundreds of millions of data points across the areas of sensory science, consumer preference and flavor palettes.

IBM isn’t the only company getting in on the machine learning-powered food revolution. TNW spoke with Alon Chen, founder and CEO of Tastewise, an AI startup that converts publicly available data from the food industry into actionable insights for its clients.

His company is like Google Analytics for the food industry. It takes publicly available data – such as online recipes, menus, and social media – and uses machine learning to develop real-time insights on food trends. It helps restaurateurs determine what’s popular, what’s trending, and what’s about to take off.

Chen described how the ubiquity of food on social media has led to a trend called “restaurant hopping” — think bar hopping, but with meal courses — that he says could have a major increase in popularity this year. Tastewise helps predict these trends and provide insight into what ingredients, flavors, and dishes foodies are looking for. On the other end of that spectrum, greater insight into consumer trends could help businesses cut food waste. And that benefits everyone. Chen said:

About 30 to 40 percent of the food we buy ends up going to waste. This is partially due to a lack of data in the industry.

TNW also spoke with Barak Hachimov, the Chairman and co-founder of SeeTree, another AI startup in the food industry. SeeTree uses drones and machine learning to create health profiles for individual trees in giant orchards. The company’s approach to farming management could yield far greater fruits – literally – using much smaller footprints. He explained to us that the future of agriculture — feeding humanity — would require humans and machines working together:

The combination of military-grade drones, machine learning, and boots on the ground is what we have found to be the most effective approach.

Researchers, entrepreneurs such as Hachimov and Chen, and giant corporations such as IBM are radicalizing the food industry at a breakneck speed, but they’re certainly not moving too fast. According to IBM:

By the end of the century, the earth’s population will increase by 45 percent, while farmable land will decrease by 20 percent. What’s more, the farmable land we have may not be used efficiently: half of farmers worldwide suffer post-harvest losses each year due to poor planting practices. As food demand increases, current farming models will need to improve to keep pace.

More than 9 million people already die of hunger every year. Without a technological intervention that number will grow exponentially. That’s why, soon, every aspect of what we eat – from how it’s grown to what it tastes like – will almost certainly be handled by algorithms. Robots will serve us meals prepared by machines using recipes created by neural networks. But, more importantly, we’ll waste less and produce more.

Read next: The pros, cons, and taboo nature of enforcing smaller Bitcoin blocks