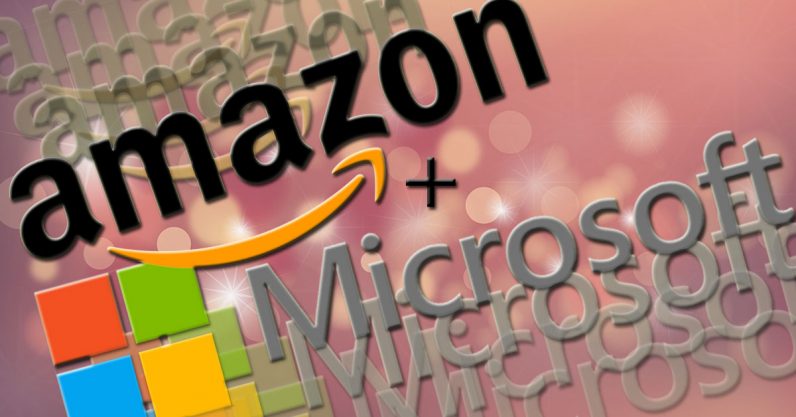 Amazon and Microsoft hope you’ll help them teach Cortana and Alexa to play nicely together. Starting today you can sign up for a preview that’ll let you run the virtual assistants on each others’ respective devices.

Users in the preview can access their Office 365 calendar and Microsoft email accounts on Amazon devices. And, upon summoning Alexa on a Windows 10 or Invoke device, they can shop on Amazon and use Alexa skills – including those that control other devices. But not included in the preview, currently, is streaming music or setting alarms.

This is a cool collaboration — more options are always welcome — and a big step towards making consumers’ lives a bit easier. The idea here is that you’ll come to rely on Cortana as the professional office assistant and Alexa as your shopping buddy who plays games like Jeopardy with you. And Microsoft and Amazon are betting you’d prefer to have access to both of them on all of your devices.

It’s not exactly a bold move, but it’s a welcome one. If they can work out the kinks, it’ll go a long way towards making the more expensive Harmon Kaidon Invoke and Amazon Echo Plus speakers seem like a worthwhile investment. If they can’t figure out how to make the experience seamless for consumers it’ll end up being more like a smart speaker mullet: Cortana’s business in the front clashing with Alexa’s party in the back.

I’m, for example, worried about accidentally calling Cortana by the other assistant’s name in a meeting and treating my co-workers to an update on the wrong order. Alexa blurting out what my fiancee and I, hypothetically, ordered on Amazon to celebrate our anniversary could present an unprofessional business atmosphere. But, that’s why both companies are involved in the preview: So all of you can help them work out their kinks before my colleagues hear about mine.

If you’d like to get in on the preview, take the following step(s):

Read next: Turkey's president wants people to buy this homegrown phone instead of the iPhone