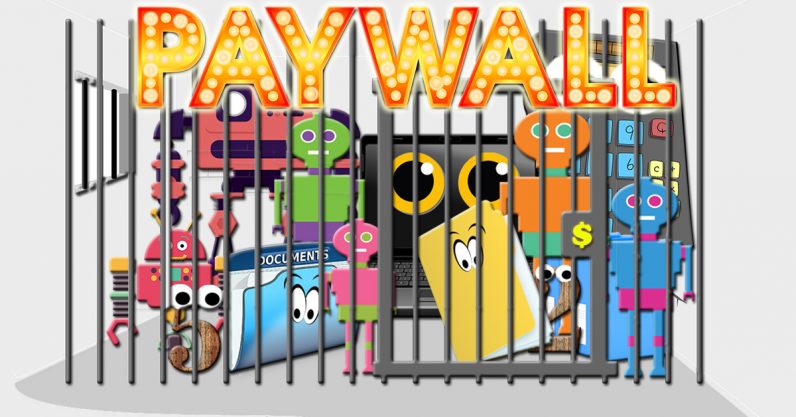 Popular science journal Nature recently announced the creation of a new closed-access section of its publication dedicated to machine learning, to be launched in January 2019. The AI community’s reaction was, predictably, less than positive.

Secrets don’t help science. The field of machine learning has seen a recent explosion of breakthroughs and community participation thanks, in no small part, to a spirit of sharing research and open access to published works. And that’s exactly why some of the most recognizable names in AI research, from nearly all of the giant technology companies in the US, will not submit any of their work to Nature’s Machine Intelligence section.

One researcher who appeared to take immediate umbrage to Nature’s announcement is Tom Dietterich, a professor at Oregan State University and renowned scientist in the AI community. He published a statement on the OSU website condemning Nature’s move and imploring other scientists to sign a petition declaring Nature off-limits until it changes its mind. You can read his statement here.

But is it really such a big deal? We reached out to Dietterich to find out why he wasn’t overjoyed at the opportunity to place his research behind a paywall:

The machine learning research community has a long history of open exchange of papers, software, and data sets. There may be trade secrets (obviously I wouldn’t know about them), but one key to the recent rapid advances in machine learning has been the willingness of researchers at major companies (especially Google, Facebook, and Microsoft) to share their software and data sets. For example, the Microsoft COCO image data set has been very important for advancing computer vision and machine learning research. The TensorFlow framework developed at Google has made it possible for even high school students to experiment with training deep neural networks.

And it isn’t just about him and other rockstar developers who have access to American universities or giant technology labs. The biggest issue here isn’t developing AI, it’s creating AI developers. Open access is necessary for those who don’t have the means to study otherwise. Dietterich says:

This is particularly important for students and faculty in poor countries where there is no money to purchase subscriptions to expensive journals. Keep in mind that a large fraction of machine learning research takes place in universities and is funded by tax payers. The tax payers should have free access to the resulting publications.

It’s not so complex a debate, really. Major industry players, such as Nvidia, Google, and Microsoft (among many others) generally publish their work through open access outlets. So what incentive does a reader have to seek the papers beyond Nature’s paywall? There’s really no way to answer that question until we know what work will make it into Nature’s Machine Intelligence section.

But, right now, it’s pretty easy to tell who won’t be publishing their work there.

For its part, Nature is playing things down the middle. It responded to Dietterich’s call for a boycott via Twitter:

We respect your position and appreciate the role of OA journals and arXiv. We feel Nature MI can co-exist, providing a service – for those who are interested – by connecting different fields, providing an outlet for interdisciplinary work and guiding a rigorous review process.

There’s a precedence for these kinds of boycotts. According to Dietterich’s statement, back in 2001 “the Editorial Board of the Machine Learning Journal resigned en masse to form a new zero-cost open access journal, the Journal of Machine Learning Research (JMLR).”

It‘s worth mentioning that the problem isn’t that Nature is using a paywall. In fact, a lot of science journals have them, it’s fairly common. The problem is that, in the field of machine learning, there’s absolutely nothing to be gained from adding yet another closed-access resource — and everything to be gained by creating more open-access journals.

(I should add that while I'm pro-open-access, I am pragmatic, and do submit things to established closed access journals, when that's the most appropriate venue. Creating new closed-access journals in the field of ML at the moment isn't the right direction, though)

Why then, we’re forced to ask, would Nature do this? The answer may not be very surprising:

As it turns out, Springer Nature, the company that publishes Nature, is about to hold an IPO in Germany on May 9. It’s shares are expected to be worth nearly $2 billion dollars and the IPO should end up being the second biggest on the Frankfurt stock exchange this year.

It stands to reason that this paywall looks pretty good on a business plan under the heading ‘future income.’

If the reason Nature has chosen to create another closed-access machine learning research publication is to pump up its image for IPO, then I think we’re all clear on the company’s priorities.

AI developers who wish to sign Dietterich’s statement can do so here.

Update 9:00 CST May 2: A Nature spokesperson gave the following statement to TNW:

At Springer Nature we are very clear in our mission to advance discovery and helping researchers share their work. Having an extensive, and growing, open access portfolio is one important way we do this but it is important to remember that while open access has been around for 20 years now it still only accounts for a small percentage of overall global research output with demand for subscription content remaining high. This is because the move to open access is complex, and for many, simply not a viable option.

Nature Machine Intelligence is a new subscription journal which aims to stimulate cross-disciplinary interactions, reach broad audiences and explore the impact that AI research has on other fields by publishing high quality research, reviews and commentary on machine learning, robotics and AI. It involves substantial editorial development, offers high levels of author service and publishes informative, accessible content beyond primary research all of which requires considerable investment. At present, we believe that the fairest way of producing highly selective journals like this one and ensuring their long-term sustainability as a resource for the widest possible community, is to spread these costs among many readers — instead of having them borne by a few authors.

We help all researchers to freely share their discoveries by encouraging preprint posting (https://www.nature.com/authors/policies/preprints.html)  and data- and code-sharing (https://www.nature.com/authors/policies/availability.html) and continue to extend access to all Nature journals in various ways, including our free SharedIt content-sharing initiative, which provides authors and subscribers with shareable links to view-only versions of published papers.

Read next: Nobody knows how far off useful quantum computers are: Here's why