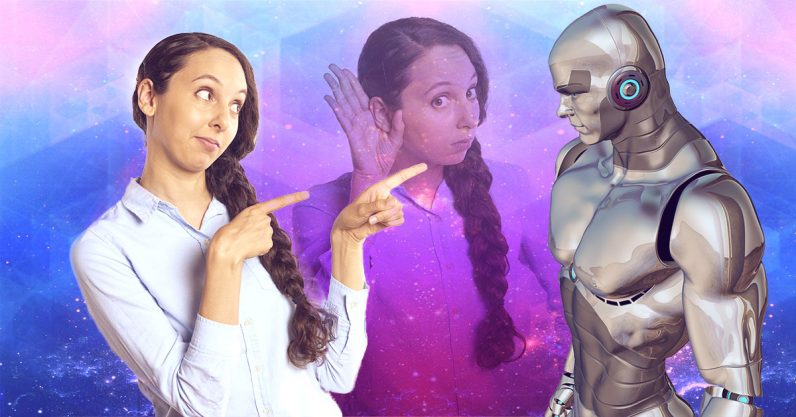 We have a tendency to beat around the bush when we talk to each other. We use extra words, phrases, and non-literal statements just to be polite. But to most robots this is nothing more than “code bloat” in the form of useless language. If you’ve been called an impolite jerk your entire life, maybe you’re just a better robot than most people.

Researchers from from the Colorado School of Mines and Tufts University recently conducted a series of experiments involving human-machine interactions. The team wanted to understand how people’s tendencies toward manners would be interpreted by an AI that isn’t programmed for the nuances of polite conversation. So they created a scenario where volunteer participants ordered food from a robot waiter in a fake restaurant.

The robot, which was controlled remotely by a person, was programmed to avoid processing indirect speech acts – questions that should be statements – as imperatives. When a person asked it if they could order water, for example, the waiter bot said they could — and then it asked what they’d like to order.

The exchange, published in its entirety on IEEE Spectrum, smacks of a Laurel and Hardy skit. Here’s a snippet:

It continues like this for quite some time after, until finally the human participants figure out a command that works: “My order is water.”

The point is, when people communicate with a non-living object verbally we still tend to talk to it like it’s a person. And this puts developers in a bit of a pickle.

It takes extra resources and planning to develop AI that has to translate human words into human intent. It’s likely companies without the resources of Amazon, Apple, and Google will develop AI that processes commands literally. Which means the majority of AI probably won’t respond to silly human manners as well as Alexa and Siri do.

The onset of the AI era has lead to the development of dedicated hardware that’ll soon begin flooding consumer markets. Experts predict the Artificially Intelligent Internet of Things will make gadgets without baked-in machine learning obsolete. And that’s not even counting the expected proliferation of autonomous robots in public and private businesses worldwide.

It’s quite possible, within a few years, we’re going to be interacting with AI more than each other. And just like that one kid we all know who was an asshole to their parents because they could get away with it, we’re gonna get used to barking plain language imperatives at our robot servants.

Are we ready to live in a society where manners are optional?

Read next: Square's Cash App launches in the UK