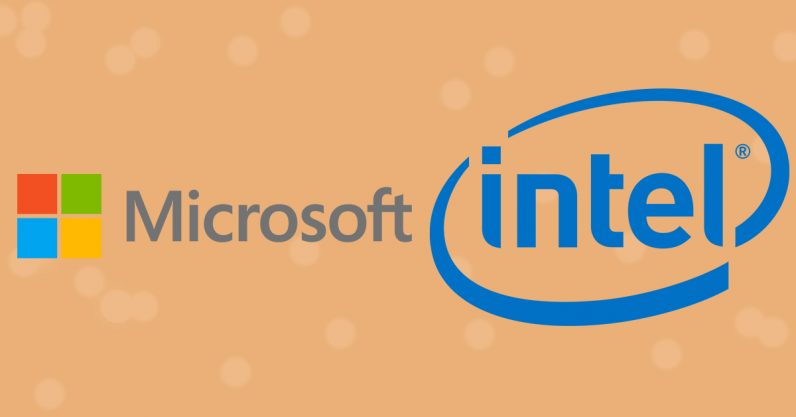 Microsoft today announced it will bring baked-in AI to its operating systems in the next Windows update. Soon, PCs will operate complex machine learning applications locally that normally run in the cloud. Unfortunately for gamers this will be accomplished by tapping the power of graphics processing units (GPUs). Thankfully, however, Intel has an alternative.

When the slew of new machine-learning based apps, programs, and core processes begin to infiltrate the new Windows AI platform – and you can bet it’ll be sooner rather than later – the best way to power them will be harnessing as much GPU power as possible. This is apparent in the fact Microsoft has partnered with both AMD and Nvidia to support the update.

Technically, a CPU could provide the necessary power, but it’ll probably start to bog down other applications as more power is required to conduct baked-in AI functions like running a virtual assistant or sorting photos.

Most people don’t need a fancy GPU if they aren’t actively gaming or editing video. And this means that developers can decide to suck up GPU resources and leave CPUs untouched without disturbing most users.

If things weren’t bleak enough already for gamers, with GPU costs skyrocketing after the cryptocurrency community appropriated the most popular cards for mining rigs, they certainly would be were it not for Intel’s visual processing units (VPUs).

Intel and Microsoft have partnered up to give Windows developers access to hardware alternatives. According to Microsoft corporate vice president for the Windows Developer Platform Kevin Gallo:

We’re excited to work closely with Intel to enable developers around the world to build engaging and magical AI-powered experiences using Windows ML and the Intel Movidius VPU.

To be clear, the Windows update will provide driver support for other AI processing chips as well – not just Intel’s. But it’s encouraging to see the two companies working closely on the update ahead of time.

And let’s give credit where it’s due: this is an excellent update from Microsoft. It’s AI division last year unveiled ONNX, a platform that allows developers to convert models between different machine learning bases, and this is a logical extension of that work.

Consumers stand to benefit heavily from apps running on baked-in Windows AI, but until now Microsoft’s OS hasn’t been the most inviting for machine learning developers. We talked to AI expert Or Fleisher, creator of Volume, who told TNW:

Compatibility issues for GPU accelerated machine learning software packages such as Nvidia’s cuDNN have pushed more and more people to use Linux. As a matter of fact, I own a PC computer that is running both Windows and Linux for this exact reason. And while the popular machine learning packages such as Tensorflow, Caffe, Torch, and MatConvNet are pushing more and more updates to try and bridge the gap, the reality is it’s still easier to do ML work on Linux.

I would love to get more Windows updates that will bridge this gap and make it easier to engage in that type of work on a Windows machine and Microsoft’s update for supporting Intel’s Movidius VPUs, personally sounds like it’s a move in the right direction. That joins a series of moves such as the inclusion of a Linux subsystem on Windows which are making more people consider switching and giving the developer community already using Windows sought after features.

It’s obvious this is a necessary update, but gamers shouldn’t be overlooked. The PCs of tomorrow, and by that we mean literally tomorrow, are going to need dedicated chips to run these fancy new AI processes.

Because no offense Microsoft, but if we have to choose between running The Witcher 3 on ultra settings or using Cortana: Geralt is probably going to come out on top.

Read next: Jurassic World gets the Pokemon GO clone nobody needs