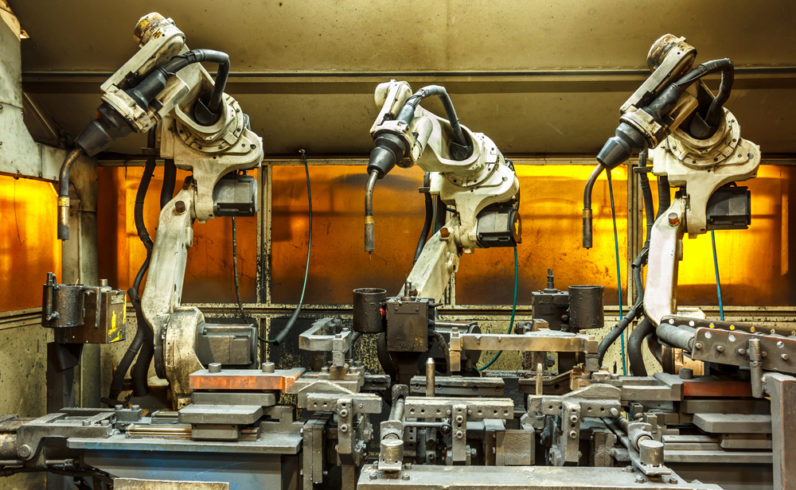 Robots are going to take your job and there’s nothing you can do about it. You need look no further than the trucking industry to find the writing on the wall, but what do we do when robots are better at the jobs we need? One solution is to give them the work and us the paychecks.

A universal basic income (UBI), wherein government provides a monthly stipend so citizens can afford a home and basic necessities, is something experts believe would directly address the issue of unemployment and poverty, and possibly even eliminate hundreds of other welfare programs. It may also be the only real solution to the impending automation bonanza.

Universal basic income, at the end of the day, is an idea that made sense in an older era, one where we imagined a strong state that would actually take control of the population and feel responsible for it, as a result of increasing productivity and so forth.

Yet experiments going on in Canada and Finland with UBI actually seem to be paying off, so what gives?

According to Fuller the problem is, giving people money when they lose jobs won’t fix the issue, it’s a temporary solution and we need permanent ones. Sounds fair, and he even has some ideas on how to accomplish this end:

We could hold Google and Facebook and all those big multinationals accountable; we could make sure that people, like those who are currently ‘voluntarily’ contributing their data to pump up companies’ profits, are given something that is adequate to support their livelihoods in exchange.

It’s an interesting idea, but difficult to imagine it’s implementation. If the government isn’t assigning a specific stipend value, we’ll have to be compensated individually by companies.

One way to do this, is by emulating the old coal mining company scrip scams of early last century. Employees working for companies would be paid in currency only redeemable at the company store. This basically created a system where a company could tax its own workers for profit.

Google, for example, could use a system like that and say “opt-in for $10 worth of Google Play music for free,” if they wanted to. Which doesn’t help pay the bills when machines replace you at work, but at least you’ll be able to voice search for your favorite songs.

Another idea is to charge companies an automation tax, but again there’s concerns as to how this would be implemented. What if your startup plans to launch without employees, using automation for tasks traditionally done by humans? What if your company automated before the automation tax?

A solution that combines government oversight with a tax on AI companies — a UBI funded by the dividends of our data —  may be the best option.

To be blunt: we should make Google, Microsoft, Facebook and other such AI companies pay for it with a simple data tax.

In the US we could levee a specific percentage of all advertising revenue leveraged from data extracted by algorithms, for example, to fund programs that provide a stipend for displaced workers or simply for the impoverished.

Let’s be clear here: the vast majority of us haven’t the slightest clue as to the sheer jaw-dropping amount of data these companies already have on us. The reason Google and Facebook can get away with it is because we’re all willing to consider our data an even trade for the ability to use Search and Messenger for free.

It’s not an even trade though, you need only view those companies’ value on the stock market to understand that.

Google, Microsoft, Facebook, Amazon, and Apple are all on the short list of companies which will likely hit a trillion dollar valuation, and each that does will do so on the back of AI technology.

Those outfits can afford to help subsidize the unemployment they’ll share the responsibility for causing.

Read next: Facebook's Did You Know feature is a one-trick pony