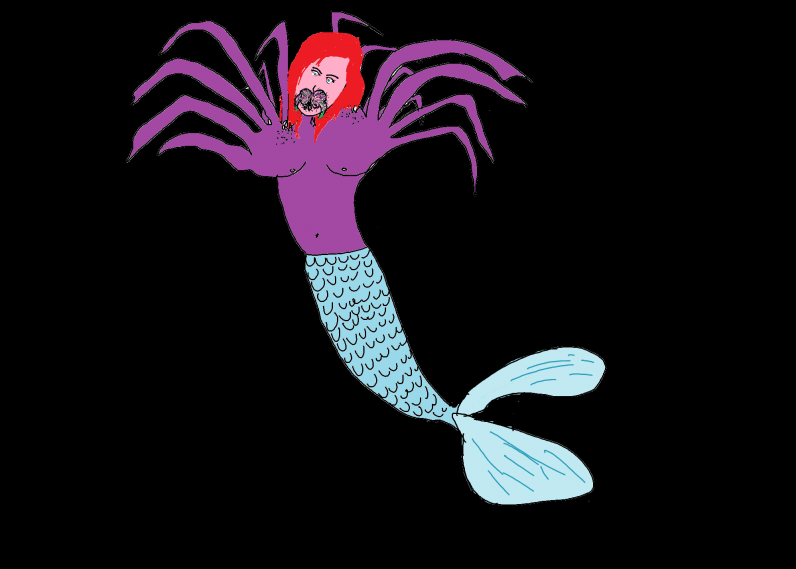 Halloween is almost upon us, and if you’re looking for costume inspiration, you might want to check out these AI-generated getups.  Janelle Shane, a research scientist based in Colorado, trained a neural network to procedurally generate costume ideas, based on a dataset of 4,500 existing costumes, and ended up coming up with some outrageously funny ideas.

These ranged from the utterly-fucking incomprehensible, to the actually rather reasonable. On the more left-field side of things, there were “Aldonald the Goddess of the Chicken,” “The Game of Nightmare Lightbare” (which actually sounds pretty fun), and the delicious “Statue of pizza.”

However, my favorite WTF-ism was  “The Twin Spider Mermaid“, which our Editor-in-Chief Alejandro offered (nay, insisted) to illustrate in MS Paint for this article.

Some of the costumes invented were actually pretty reasonable. I can imagine someone rocking up to a party, cloaked like “Gandalf the Good Witch,” or dressed as “Starfleet Shark.” (The United Federation of Planets doesn’t discriminate against sharks. It’s the 24th century, dammit.)

And, of course, a huge number of these costumes were of the ‘ooo er’ variety, including “sexy the Spock”, “Sexy barber,” and for fans of Nicki Minaj too cheap to buy a licensed costume, “Sexy the Super bass.” I won’t tell her record label if you don’t.

And I must admit, I’m extremely curious about “Sexy conchpaper.” Mostly because I don’t actually know what a conchpaper is.

Others were generic to the point of absurdity, like “Sports costume” and (wait for it) “Sexy scare costume.”

The neural network produced some absolutely head-scratchingly weird names, too.  That’s to be expected — it’s not a person, but rather a machine that’s looking at some data, and trying to extrapolate patterns. This explains howlers like “Grankenstein,” “Sparrow Plapper,” and “A masked scorby-babbersy.”

If you ultimately want to try and create your own AI-made costume names, Janelle Shane has very kindly uploaded her dataset to Github. The tools she used, Torch and char-rnn, are both relatively straightforward. A few months ago, I used it to try and generate CIA malware codenames, which I’m a little bit obsessed with. While my experiment wasn’t as successful as Shane’s (the result of a vastly smaller dataset), it was still good fun.

And if anyone goes to a halloween party dressed as “Pumpkin picard,” I demand pictures.

Read next: WhatsApp turns on unsend feature to let you delete embarrassing messages