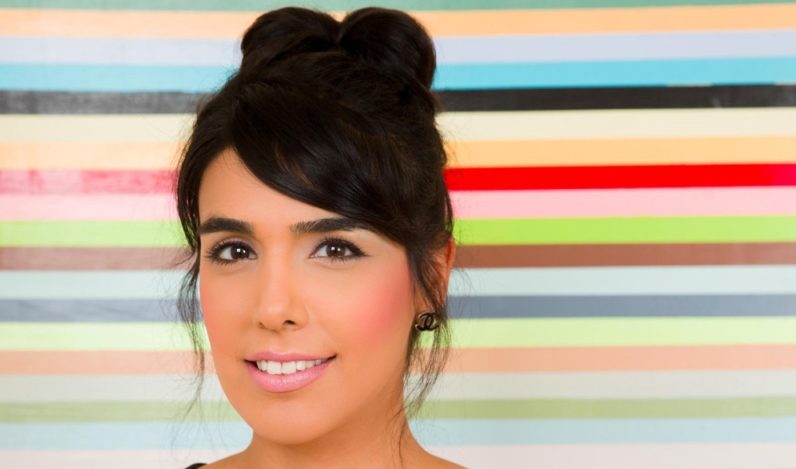 Falon Fatemi is the definition of a “people person,” at 19, working for Google, she was a match-maker for business partnerships. By her mid-twenties she was working alongside investor Mark Cuban to create her own company. Today she is bottling serendipity, or more accurately: her company created an AI that tries to put people together as skillfully as she does. The AI is pretty good, but it’s no Falon Fatemi.

It might be cliche` but after interviewing her a couple of times, it’s obvious to me that she’s the kind of person who doesn’t see problems, she sees opportunities. As a teenager she was Google’s youngest employee, there’s no telling where she’d be in the organization if she’d remained. But that’s not her style — she’s an entrepreneur.

Fatemi is calm on the phone, no matter what question I ask her she has a poised answer. There’s none of that CEO deflection bullshit with her either; she lives and breathes Silicon Valley and it’s not an act. When we spoke the first time I was asking her for expert commentary on a lawsuit between LinkedIn and HiQ. She had no problem speaking her opinion:

If HiQ wins, it’s a win for the internet. Don’t get me wrong, we have a great relationship with LinkedIn, but if we’re defining whose data it is – if a court is going to make that decision – it’s the individual account holder’s data.

The second time we talked, before I could ask anything, she dove in:

I was born and raised in Silicon Valley. My parents were entrepreneurs, my grandmother was an entrepreneur. I joined Google at 19; I have a Forbes column where I write about AI.

She’s comfortable talking about herself but not arrogant, and I began to see why she’s so successful at bringing people together. As a conversation piece herself, she manages to grab your attention and then she masterfully directs it. She told me that her intention with Node was to scale serendipity, but I still didn’t understand what the company actually did. She explained:

I found that I was always introducing people to one another everywhere I went, I had a knack for putting people together with opportunities and each other. An analysis into all the introductions I’d made showed that it led to a lot of impact and millions of dollars changing hands. It made me wonder: what was my algorithm for matching people? How can I use technology to do that – to connect people to opportunity at a massive scale?

At Node, Fatemi is building machines that make sense of the web – all of it. She describes it as a search engine without an interface, like Google without anywhere to type what you’re searching for.

I’m used to seeing AI as a construct, something that can be manifested in an app like a chat bot, or something that runs under the hood like Amazon’s suggestions. What Fatemi describes isn’t a feature or add-on to something that’s already there, it’s an entire layer between us and the internet:

What if you don’t know what you’re looking for? What we do is take the web and all the people and companies and turn it into profiles. For example, you could be entirely unaware that there’s a connection between one of your employees and someone at another company you want to do business with. Your employee might not even be in your sales department, but if this connection could create an opportunity then our AI could alert you to it.

She’s more than just a little ambitious; Fatemi is using her people-skills to inspire an AI that will make the world-wide-web more human-centric. Right now that’s happening in a more business-facing level, but Node sees a future where the AI will be a part of life.

Node isn’t a long shot, and it’s certainly not another ‘node’ (pun intended!) on the AI-bandwagon network. Investors, like Mark Cuban, have been leaping at the opportunity to throw money at the company.

After speaking with Fatemi a couple of times, I can understand why: she’s a force to be reckoned with and her Silicon Valley DNA makes her immune to the frivolous distractions that can tank a startup, or create a pointless one.

Her quest is to make technology that becomes invisible, necessary, and creates opportunity for people. I don’t usually buy into hyperbole, but Fatemi isn’t just another CEO; she’s an avatar for everything that’s good about Silicon Valley.

Read next: Before you celebrate Uber losing its London license, think of the drivers