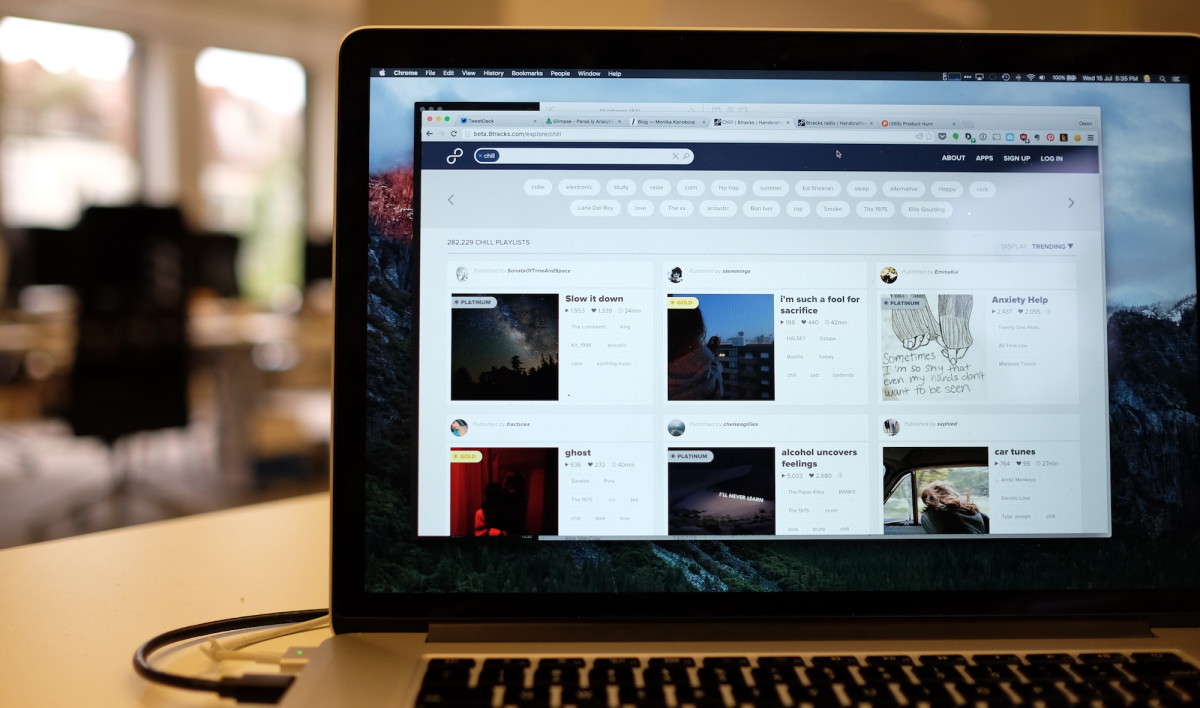 8tracks, the profitable underdog in the music streaming world, has launched a redesigned Web app, to make it easier for listeners to discover new music and playlists.

The refresh puts greater emphasis on the site’s DJs, who create its playlists. It algorithmically surfaces the most suitable ones based on your listening habits and learns from your searches and likes.

The company has historically focused on human curation. Its new approach combines that with algorithms in an advantageous way.

The resulting recommendations are presented on a cleaner homepage that reveals the people behind the playlists.

The updated search engine now offers intelligent tags based on your queries. For example if you look for ‘chill’, the suggested artists include Ed Sheeran and Ellie Goulding.

8tracks told me that the new design is intended to help new users easily find their way around the site as well as discover new artists. The company also recently announced that it’s building its own library of music for DJs to use.

The music streaming space is heating up, with Apple throwing its hat into the ring this month and Spotify publicly picking a fight with Apple’s fee structure on iOS.

The new 8tracks website is rolling out over the next month, but some users will start seeing it from today.

Read next: Siri tries not to misgender Caitlyn Jenner but that's thanks to Wolfram Alpha not Apple