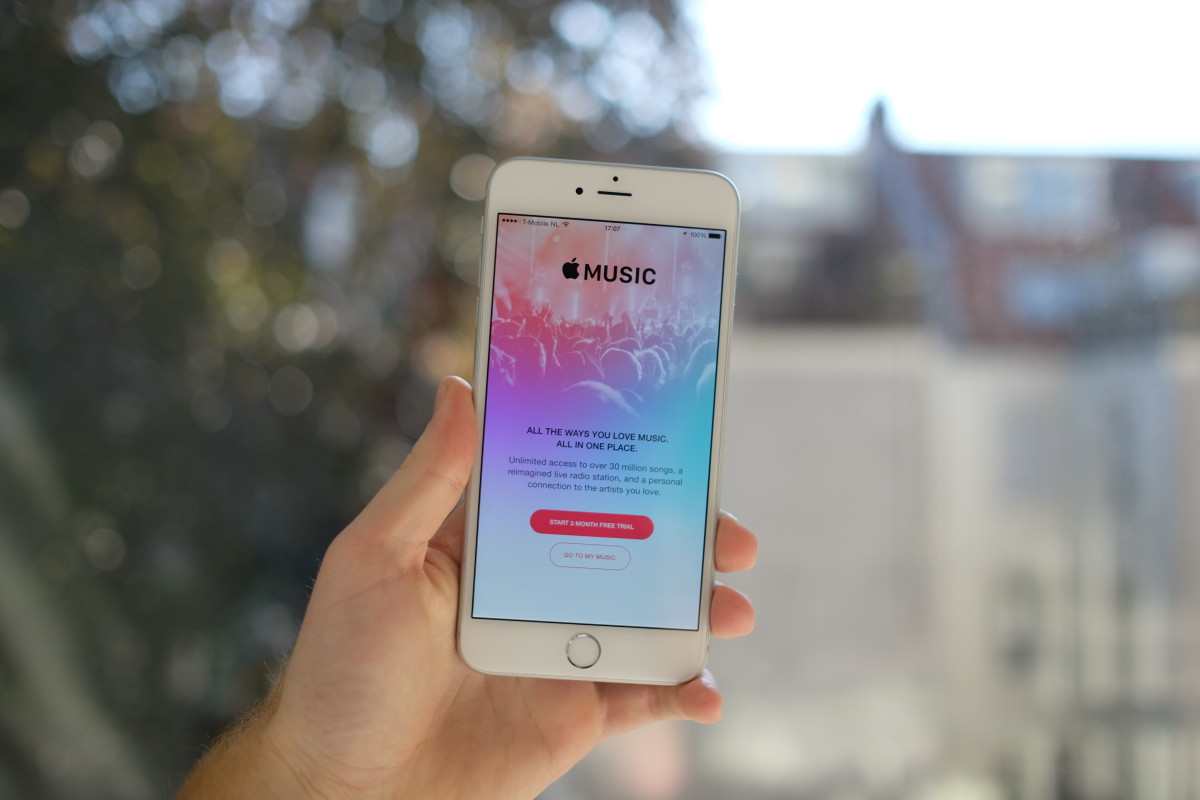 Apple Music, the company’s first attempt at taking on Spotify, Pandora and other streaming services is finally here.

Anyone can try Apple Music with its free trial plan that lasts three months. To get it, you’ll need to install iOS 8.4 or upgrade to the latest version of iTunes.

Now that it’s here, is it any good? Here’s our first look at Apple Music.

Apple Music is broken up into five tabs. For you, new, radio, connect and music. 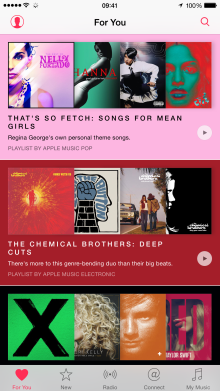 For You is a curated selection of music you might like, based on your listening habits, the music you own, genres you chose and a few other factors.

New is a selection of editorially curated music from across the service, sort of like the iTunes homepage.

Radio is where Beats 1 and other stations live, along with iTunes radio’s former channels.

Connect is Apple’s social network for music, where you’re able to follow bands to get their latest updates which includes songs, exclusive videos and more.

Finally, My Music is your new library, where Apple now combines your music with the tracks you add from its streaming service.

It’s too early to say if Apple Music really knows my habits, but the onboarding experience was right out of Beats’ old app.

It starts off by asking what genres you’re interested in, bands you like and more. From there, it builds a screen of recommendations full of playlists, albums and artists you should try.

We’ll update this section once we’ve spent a bit more time with Apple Music and it learns our habits.

One library to rule them all

This is the best part of Apple Music: you can now create one library as the central repository for your music. If you’ve got an active subscription you can add any music from the streaming service to your library. 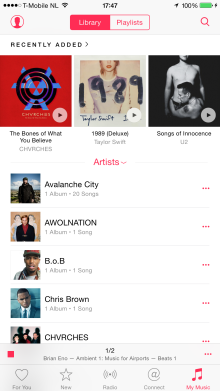 Anything that’s missing or unavailable on Apple Music can be added by purchasing it on iTunes. This is where Apple has Spotify beat.

Even though Spotify’s come a long way in getting artists onboard over the last few years, it’s still full of gaps. Plenty of independent artists that only make their music available on Soundcloud and iTunes aren’t there. You can add your own local music, but it’s not the same.

Google Play Music is the only other service that’s come close to this, allowing you to upload your own music and create a single place for your music to live. Now Apple’s got its own and it’s even better.

I was surprised to see Apple allows playlists to be shared with friends at launch, just like Spotify, and you can follow them, as well as add them to your own library.

Apple’s much touted always-on internet radio station is just launching, but The Next Web’s Nate Swanner thinks exactly what radio should be.

Connect is Apple’s second attempt at building a social platform for artists to keep their fans in the loop. Ping, which was released exclusively in iTunes on the desktop in 2010 failed because users didn’t use it like Apple expected.

With Connect, it might actually have a chance at succeeding this time around. Apple’s failure last time was launching the social network exclusively on desktop, inside iTunes. It gave few reasons to regularly check it, and was effectively buried. 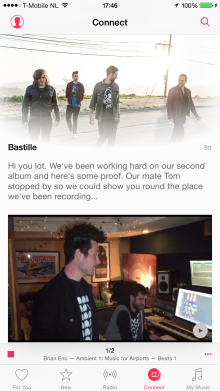 Now that it’s on your phone, right next to where you’re already listening to music, it’s likely more people will take a look from time to time.

Out of the box Connect subscribes you to follow every artist you already own, which I’m not sure is a good idea.

I’ve got hundreds of random artists I listened to years ago and if I didn’t know better it’s likely I’d start getting push notifications about bands I don’t care about anymore.

Luckily, there’s a switch buried in the menu that lets you blanket disable that feature.

Connect works well and offers some interesting exclusive content at launch from artists like Bastille, who have provided video from behind the scenes of their next album. I followed a few artists I like, but the value of Connect will only be obvious if they keep updating.

I’d love to see updates on how Taylor Swift’s next album is going — she published recordings from behind the scenes on 1989 — as she records it, but I find it hard to see a reason for her to regularly post there if she’s already active on Twitter, Tumblr, Instagram and Facebook.

Connect is promising, but Apple is at the artists’ mercy as to if it really catches on.

Apple Music marks a critical point for the music industry. Apple was instrumental in the shift to digital music sales with iTunes, but with its new Music app it’s putting streaming front and center.

The company hasn’t been afraid of cannibalizing its own products in the past and Apple Music is poised to do exactly that to iTunes.

It won’t be overnight, but such prominent placement in the Music app will encourage people to think twice about buying music outright. Over time, it has the opportunity to change music buying habits entirely.

We wrote previously that Apple’s advantage with its streaming service is that it’s included on hundreds of millions of phones, which will introduce millions of people to streaming music for the first time.

Apple’s goals are lofty for Music — it reportedly wants 100 million subscribers on the service, so I’d expect the company to push it incredibly hard over the next twelve months.

For $9.99 per month, Apple Music is competitively priced to take on competing streaming services. It’s a solid foundation for a great music service that has an incredibly extensive library with the ability to plug the gaps if an album isn’t available for streaming.

For now, I’ve canceled my Spotify account to give it a shot during the trial.

Apple Music looks promising and with a free three month trial there’s no reason not to give it a chance.

Read next: 17 of the best Android apps from June