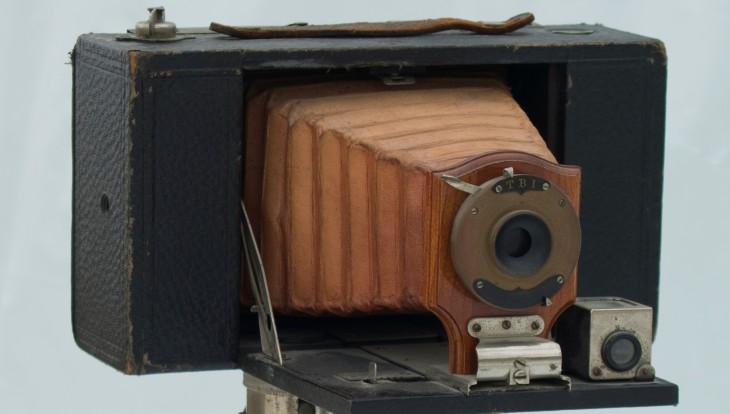 If you have a penchant for snapping, shooting and sharing the world around you through your smartphone, 2012 saw a slew of handy apps to help you in your endeavors.

Indeed, The Next Web covered thousands of apps throughout this year, from nifty new browser extensions, to the latest game-changing Android and iOS apps, so we sifted through the archives and pulled out some of best photo, video and camera apps of 2012…just for you.

Available for iOS and, only recently Android, 23snaps is the latest ‘private’ social networking app in town, aimed squarely at parents who can capture, share and cherish every special moment in their children’s lives.

It’s beautifully built, and will appeal to anyone averse to plastering their Facebook Wall with snaps of their newborns, whilst it simultaneously alleviates friends from being subjected to that millionth ‘cute’ pose your offspring seemingly strikes every day.

Cropp.me is a Web app that auto-crops your images online…and it does it fast and well.

You can upload one or more images at a time, with no registration required. The app will then automatically – and intelligently, through composition analysis – crop photos and process them in different output sizes, although users can also set a specific width and height.

First Camera is a child-friendly iOS camera app that helps keep kids away from your precious camera roll.

In short, the app lets kids take as many pictures as they wish, saving the final product directly to the app rather than the camera roll. From within the app, Instagram-style filters can be applied and stickers can be added to spruce them up with humorous hats and glasses.

Crucially, it separates existing media content from the iOS device to avoid accidental deletion of other important photo and video files. And it keeps random cat photos away from your own files.

Tapestry lets you beam curated photo albums to friends and family in real-time.

The Android app lets users create and curate impromptu photo albums on the spot, and beam them to other user, with the ‘beamer’ controlling the photo slideshow.

Tapestry is aimed at those who are physically next to each other – sort of like a round-the-table presentation or campfire-esque scenario – it will work across 3G/4G, so really you could be just about anywhere in the world, though given that the company only taps one US-based server, the lag-time you experience will vary depending on where you are.

The app strips out needless features and takes you straight to what you’re looking for. While many photo apps help users share compressed images in bulk, or full-res images one at a time (which is typically slow), Beamr brings together a number of needs here – namely, sharing high-quality images with friends/family across multiple platforms, in a beautiful, very user-friendly way.

VideoPaste lets you upload and share videos for 24 hours only. Yup, you read that correctly.

The idea really is as simple as it sounds…you click the ‘Upload Video’ button on the Web app’s homescreen, then select the file from wherever it may lie, either on your hard-drive, or from a cloud-based service such as Google Drive, Github, Dropbox or Evernote. You then have 24 hours to share the video via a dedicated link, before it will magically self-destruct from its home in the cloud.

PicView is an iPad app that enables users to add voice tags and annotations to images, videos and business applications.

The app lets you take or upload an iPad picture and subsequently add voice annotations to it using a simple recorder, with the added ability of being able to pinpoint specific parts of an image with short animations, called ‘Trackers’.

When you’re done telling your story, you can apply Instagram-style filters to the shot, pick a frame design and add a title. After a final review, you can easily share the image + voice with your friends on Facebook or Twitter, or simply email it. 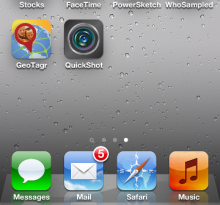 QuickShot is an iOS app that helps you capture those Kodak Moments with literally one click.

Although there is a plethora of easy-to-use camera apps out there, they pretty much all at least require you to launch the app to use them. This is where QuickShot differentiates itself – you don’t launch it, and by clicking on the icon you can’t change any settings, or tweak it to suit the light conditions. For all intents and purposes, it’s just a mystical icon on your screen, but we can assure you, it is an application and it does take photos.

Perhaps the most anticipated Android app in a long time finally made it to the platform in April, having carved a little (by ‘little’, we mean ‘big’) niche for itself in the retro photo-filter space over on iOS.

Yes, Instagram has had a mammoth year so far, with the Android news subsequently eclipsed by its acquisition by Facebook for a cool $1bn.

Indeed, Instagram was thrust into the public glare as a result of this, and went on to enjoy a whopping 10m Android downloads in 22 days.

You’ve heard of YouTube before…right? Well, the day before Apple unveiled its new iPhone in September, Google released a standalone app to replace the stock YouTube app that was removed from iOS 6.

YouTube may have been on Android for years, but its video-streaming little brother Vimeo was notable for its absence, especially as it did have a presence on iOS. That all changed in January though, when we reported that Vimeo was finally landing on Android, as well as Windows Phone and Kindle Fire. Talk about making up for lost time.

If you ever have problems making decisions on what shoes to buy, which gig to go to or where to book your next holiday, this app will likely be right up your street. So what does it do?

In short, Ovoto lets you take a photograph and create an impromptu poll to help you reach a decision. The app connects with Facebook and Twitter and lets you ask your friends and followers whether you should do something based around the following seven verbs: buy, sell, go, do, eat, drink and wear.

Back in March, one of the apps that made it onto our 7 essential iPhone photography apps list, was Fuzel.

“We’ve seen quite a few apps that let you create montages of photos you’ve taken with your iPhone, choosing from a variety of layouts,” we wrote at the time. “None of them are quite as elaborate as the $0.99 app Fuzel.”

Check out the official promo video for yourself here:

The app came with 36 preset layouts of varied widths and aspect ratios, many of which we hadn’t seen in any apps of a similar ilk. In addition to the preset layouts, you could create your own customized layouts using the ‘cut’ feature. A sweet app, for sure, but the $0.99 fee may have deterred some of our thriftier readers, which is why its decision to launch a free version was well received.

The iOS app professes to let you “Record life from all angles” – in short, it lets users collaborate from different locations and perspectives to “co-create, sync and share movies.”

So let’s assume you’re watching the Queen’s Diamond Jubilee celebrations – topical, I know – and you film a snippet of the procession using your iPhone. Vyclone lets you upload a clip to its servers, where other users can throw their own shots into the mix to create a crowdsourced movie encompassing, literally, different points-of-view. It really is excellent.

Twitpic has long been one of the most popular ways to share pictures on Twitter, with its functionality baked into the official Twitter app. But 2012 heralded the launch of its first ever own-brand mobile app, complete with a photo editor and filters.

Landing on iOS first in May, Twitpic for Android followed not long after.

Read next: Pluralis: A 99designs-style approach to improving your landing page's conversion rate