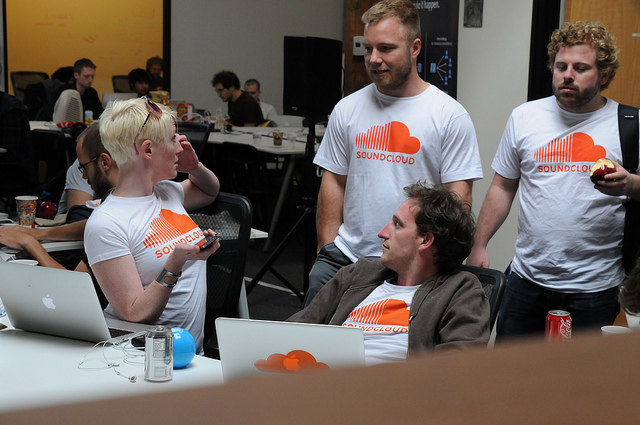 SoundCloud, the popular music discovery application for smartphones and some tablet devices, has today launched an update to its mobile apps, most notably its iOS app, which now supports the iPad.

Having already launched on the iPhone and on Android, SoundCloud has adapted its mobile offering on iOS to support both Apple’s smartphone and tablet devices, allowing users to record and share sounds and music they encounter when out and about or playing with the app at home or in the office.

The developers have made sure to utilise the iPad’s screen size, allowing users to touch the waveform of the sounds they capture, sharing comments in the new scrolling comments section.

When opening the app, you are presented with the usual login screen, allowing you register, log in to your account or utilise your Facebook account to gain access and begin sharing. Once past this, the app delivers easy to navigate Stream and Activity tabs, showing you what your friends on the service are doing.

SoundCloud has also made its Find&Follow service much easier to use, allowing users to record and share private messages within the app with a single tap.

The app’s iPad support is just the start of its mobile refresh, which updates to its Android and mobile website (located at  m.soundcloud.com), which the company says demonstrates its commitment “to mobile as a key component of its dominant cloud-based sound platform”.