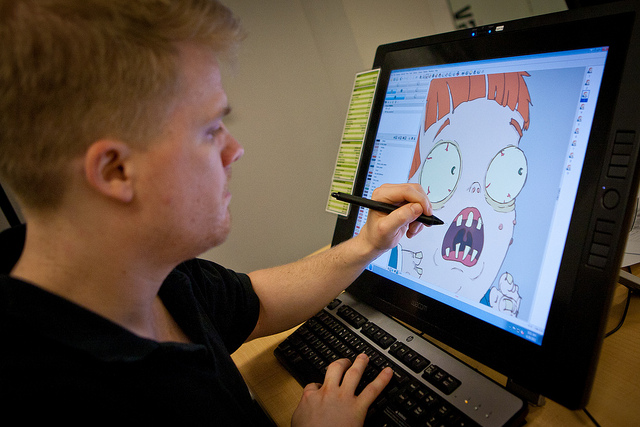 One of the funnest things to do on the internet is share an animated .gif file. It’s faster than making someone watch a video clip, and it’s a great way to express yourself. For the most part, the same stale animated gifs make the rounds, ranging from cats falling off of chairs to clips from famous movies.

GifBoom wants you to be able to make your own animated gifs and share them easily. The app for iOS was developed by the company Tapmojo, and is a Tumblr users new best friend. The app is free to download.

Creation is simple with GifBoom. You can choose to use pictures or videos already on your camera roll to piece together a seamless animated graphic. Alternatively you can take new pictures to make your animation, and the app will automatically take photos every second for 20 seconds.

Once your 20 seconds are up, you can choose which frames to included in your animation and then your animated gif is complete. You can even choose filter effects and backgrounds, as well as the frame rate to control how fast the animated gifs display. It will end up looking something like this:

This is where GifBoom shines. You can share your creation via Twitter, Facebook, Tumblr, via MMS, or just email the link. Unfortunately, we’ll have to manually share a link or upload direct to Google+, since the service doesn’t have write-enabled APIs as of yet. GifBoom is also very social in a way that Instagram is. There is a stream of popular gifs, as well as recently created ones. You can “like” a gif or leave a comment, much like you can on Instagram.

Animated gifs are certainly a niche interest, but are very popular on sites like Tumblr. With the GifBoom app, it’s really simple to create the animations but it remains to be seen if animated gifs can get anywhere near as popular as photo or video sharing.

Other apps that have similar features are Picflick, but it lacks the social aspect of GifBoom and costs .99 cents.