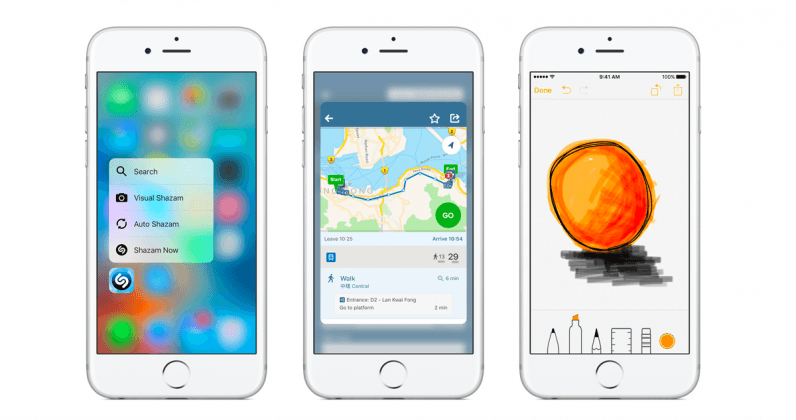 Do you use 3D Touch on your iPhone? If not, don’t worry. Apple is getting rid of it for a cheaper alternative.

MacRumors reports that a team of Barclays analysts claims they have ‘confirmed’ that 3D Touch will be eliminated from all iPhone models coming out in 2019.

The company intends to replace it with the cheaper Haptic Touch technology that it introduced with last year’s iPhone XR.

This adds credence to previous reports from the Wall Street Journal back in January, which said Apple was looking at removing the feature in an attempt to cut costs:

Apple is also considering trimming functions from its 2019 lineup to cut costs, people familiar with the matter said. That includes the force-touch module, which makes the display sensitive to fingertip pressure, the people said, though the function could live on in other components, one of the people said.

The feature, introduced four years ago with iPhone 6s, made use of pressure-sensitive sensors integrated into the iPhone’s display to let you access handy shortcuts, preview messages, photos, and other content by detecting how hard you pressed on them.

Haptic Touch, in contrast, functions similar to Android’s long-press. So, pressing harder will no longer open additional menus and previews. Instead, you will have to long-press on app icons or links to achieve the same result.

However, the tech doesn’t work in all places. On the iPhone XR, it cannot be used to access Quick Actions app menus or for previewing content. It remains to be seen if Apple plans to port all the existing 3D Touch features to be Haptic Touch-capable.

3D Touch was an interesting idea with a lot of potential. But the feature never gained widespread traction with users or third-party app developers. It also didn’t help that some people weren’t aware such a thing existed, or which buttons offered 3D Touch.

And even if you knew about it, you had to go with a trial and error method by just pressing everything to see if something popped up. It led notable Apple watcher John Gruber to comment last year that “it’s baffling that there’s no visual indication of what can be 3D touched.”

The confusion among users meant app developers saw little incentive in adding support for the feature. Apple, for its part, also failed to expand on it in a manner that made it indispensable. Since it was added in iOS 9, 3D Touch has remained the same.

This, coupled with the fact that 3D Touch was not supported on all iPhones and iPads, rendered it a cool party trick but essentially useless.

It’s possible we will get to hear more about the fate of 3D Touch at the company’s Worldwide Developers Conference (WWDC) next week, where it’s expected to unveil the next version of iOS. But it doesn’t take a genius to figure out the feature is all but dead in its present form.

Read next: EY built a blockchain for wine snobs to confirm the authenticity of their plonk