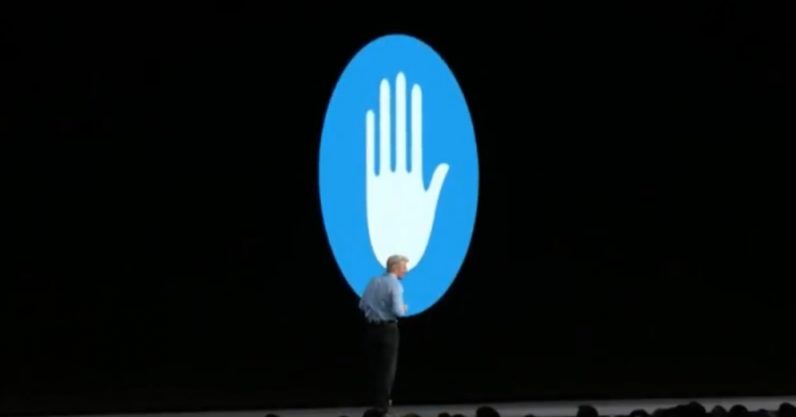 Apple announced at today’s WWDC it was rolling out stronger security and privacy features which help keep user data from being exploited. These include protection against “fingerprinting” and cookie tracking.

Apple’s senior vice president of software, Craig Federighi, revealed the new, more stringent security protocols. Among other features, Apple’s expanding its basic protections — such as alerting you when a third-party app wants to use your location or photos — to cover the camera, microphone, Safari data, and message history.

It’s also protecting users from fingerprinting on Safari, or the use of features unique to your device which allow data companies to track you from site to site. According to Federighi, it will no longer support legacy plug-ins and will present webpages with simplified system configurations.

Now, with the new security feature, sites won’t be able to collect data on you using these features without your expressed permission. Users of both the just-revealed Mojave OS and iOS 12 will have these protections. In summary, said Federighi, the goal is to make your Mac appear the same as anyone else’s Mac, cutting down on the chance data companies can pick out your device from a crowd.

In both cases, there seemed to be subtle digs at companies with not-quite-so-good privacy features — namely, Facebook, the ad-based revenue model of which Apple CEO Tim Cook recently compared unfavorably with his company’s own.

Read next: WWDC 2018: Everything Apple announced at its annual developer conference