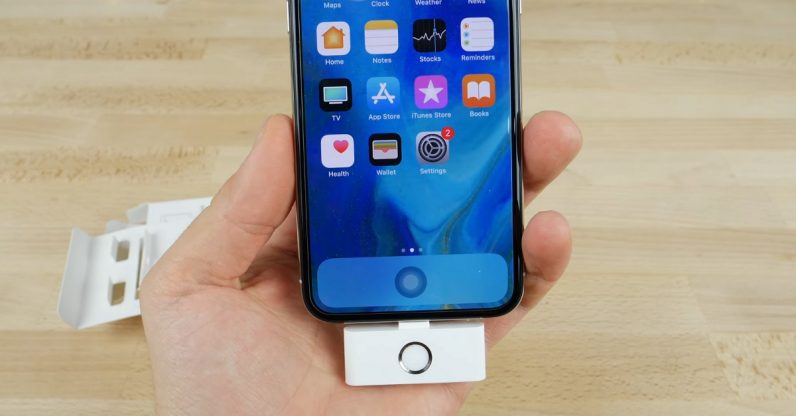 If you’re used to the status quo on Apple devices and have made the transition to the iPhone X, you might be missing the ubiquitous home button. A staple since the original iPhone, the home button is missing from Apple’s thousand dollar effort.

It’s a jarring change, and if you just can’t live without it, you can shell out a little more money ($25.99 to be precise) and get a dongle which will replace the home button on your iPhone X, bringing back that comforting button press with which we’re all so familiar.

Apple unveiled details on how it planned to replace the home button before the official announcement, when the device was still known as the iPhone 8. You have to use a series of swipes to get the same use as you would with a home button.

This home button first surfaced at CES 2018, where it was spotted and tested by 9to5Mac. It pointed out that the dongle also has a headphone jack, because if you’re going to replace something removed from the iPhone X, two is better than one. It was further tested by YouTube reviewer EverythingApplePro:

The primary difference between the real deal and this dongle is that the latter doesn’t support fingerprint scanning. The device is currently only available from an eBay store based in Shenzen, China — though, as noted in the video above, it’s difficult to get hold of and might take some time.

TNW 2018 is coming soon, and we want to see you there. Read all about our conference and how you can attend here.

Read next: Online thieves are impersonating authors to launder money on Amazon