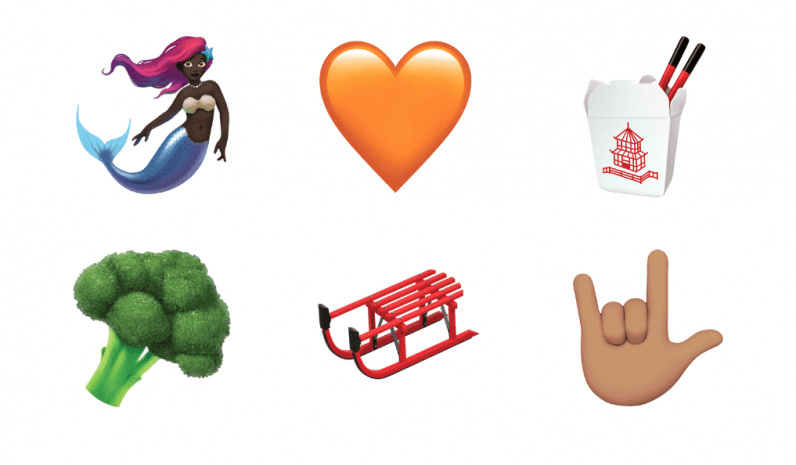 WhatsApp might be mulling on replacing Apple’s emoji with its own, but that isn’t stopping the Mountain View giant from continuing to reinvent its designs. The company has revealed a new set of emoji for the iPad and the iPhone.

The new collection will roll out to all devices running on iOS 11.1. Among others, the new designs include more emotive smiley faces, gender-netural characters, clothing options, food types, animals and mythical creatures.

“The new emoji are designed to reveal every detail and adapted from approved characters in Unicode 10,” the press release reads. “iOS 11.1 will also include characters announced on World Emoji Day like Woman with Headscarf, Bearded Person, Breastfeeding, Zombie, Person in Lotus Position and new food items such as Sandwich and Coconut.”

In addition to these, there’s now also a black mermaid, a female vampire, a woman out of the shower, a take-out food box and this cool broccoli icon.

The new emoji are set to roll out in next week’s developer and public beta releases of iOS 11.1, so chances are regular users will have to wait a bit longer to get access to them too. The full collection will be available for iOS, macOS and watchOS once it makes it to the official release.

Read next: This startup wants to clear cities of cigarette butts using crows (yes, the bird)