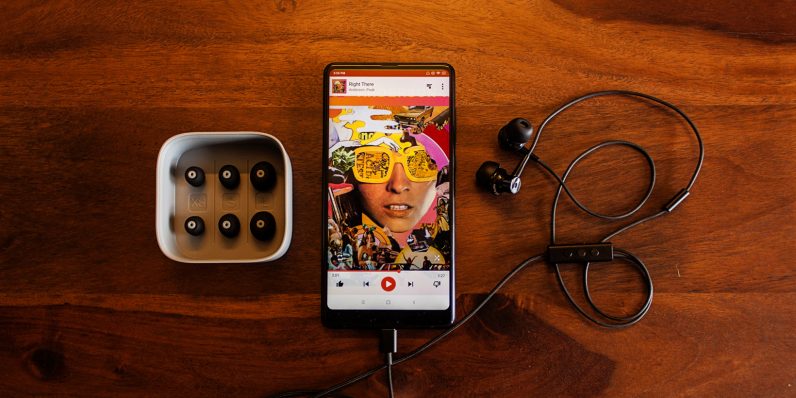 I’ve been railing against phone makers doing away with 3.5mm headphone jacks for a while now, for a number of reasons including not being able to use my favorite audio gear with them. Most people buying new Android phones in 2017 are left with just Bluetooth and a lone USB-C port to connect their headphones, and there aren’t yet many decent wired options around.

Chinese gadget brand Xiaomi, which is steadily making inroads into Europe and the US after dominating in many countries in Asia, recently launched a pair of active noise canceling (ANC) earbuds that draw power from your phone’s USB-C port. That additional feature, and the low sticker price of $45, make them worth considering for most folks. I ditched all my other favorite cans over the past three weeks to see if Xiaomi’s buds are up to the task of silencing the world around me; here’s what that sounded like.

NOTE: While these buds plug into any USB-C port, they only work with certain phones (including Xiaomi’s). The company explained that this is a constraint of USB Type-C, wherein some devices don’t deliver audio output over Type-C connections (while handling other things like power or video).

This video sheds more light on the situation:

Why does USB-C suck so much? pic.twitter.com/8ZNqLCr9v3

However, I managed to get them to work on my OnePlus 5T by enabling OTG storage in settings. Your mileage may vary; as such, it’s worth trying other USB-C audio gear with your phone before buying this Xiaomi set to be sure that they’ll work properly.

Xiaomi’s ANC earphones feature a simple, straightforward in-ear design with a glossy black finish. There’s an in-line remote control with three buttons for handling audio playback, calls, and volume, as well a switch to turn noise cancellation on and off.

The cable that extends from the remote to the USB-C plug is braided with Kevlar fiber to reduce accidental damage and tangling, but sadly, the ones connecting to the buds are not. Overall, these feel fairly well built and aren’t showing any signs of wear and tear even after being chucked into various pockets and backpacks over the past few weeks.

The earphones come with a set of medium-sized buds already attached, along with three more pairs of interchangeable buds in varying sizes. I found the mediums comfortable enough to wear for hours on end, and they stayed in my ears through most of my daily workouts.

Let’s dive into the noise cancellation bit first: these buds are meant to tackle ambient noise that’s louder than above 25dB, and between 50 and 2,000 Hz. That means that there’s a fairly large range of high-frequency sound audible to the human ear that they can’t cancel out.

They work by listening for environmental noise with a mic and then playing an audio signal with an inverse polarity, so you don’t hear what’s around you. Toggle the ANC switch, and you’ll instantly notice most low-frequency sounds around you quieten down, from street traffic to whirring fans, and construction. You will, however, still be aware of higher-pitched sounds, like strains of music, people talking, and some vehicular engine noises.

For comparison, these are significantly more effective at noise cancellation than Blue’s Satellite headphones, but only about half as good at the job as Bose’s QC 35 set. That said, their performance is pretty impressive for a pair of inexpensive earbuds that don’t require charging.

I frequently wear earbuds to listen to music and podcasts while I’m walking, commuting or riding my motorbike around my dreadfully noisy hometown of Bangalore, India, and these certainly help make it a lot less annoying to be outdoors in the city – so much so that I’ve now taken to simply leaving them turned on without anything playing, just so I can enjoy some quiet while I’m taking a stroll or returning home from the office.

Xiaomi’s ANC buds present a mostly neutral sound stage, which works fine for most genres. There’s a major emphasis on treble, which helps perk up pop, R&B and synth-heavy tracks; the bass is discernible and well-rounded, but only when there’s enough room for it in the mix. I could certainly do with more low-end, particularly when it comes to rock and metal.

The earphones fair poorly when it comes to separating instruments and giving them sufficient space to breathe. To be fair, that’s par for the course with cheaper in-ears, but it’d have been nice to hear these perform better when it comes to more involved genres like metal.

Overall, the ANC buds are serviceable, delivering clear, detailed audio for the most part. They just aren’t exciting like some pricier buds, or exceptional in terms of bass output, clarity or creating a larger-than-expected sound stage.

Who are Xiaomi’s ANC earbuds for?

These buds are great for anyone with a recent USB-C-equipped Xiaomi phone, or any other handset that beams audio through that port: they’re cheap enough that I’d recommend anyone with $45 lying around try out their active noise cancellation, and experience a little peace and quiet from time to time. If you commute or fly a lot, you should definitely try these out.

They’re not for people who want a stellar listening experience – you’ll either want to look more carefully for buds that are engineered more precisely for the sort of sound profile you enjoy, or consider larger headphones that perform better.

In the sub-$50 range, there aren’t many exemplary in-ear sets worth considering, and far fewer that offer active noise cancellation – regardless of whether they use a 3.55 or USB-C connection. Plus, they’re far more portable than any on-ear headphones that offer ANC and are great to travel with. As such, if you’re rocking a phone that can handle these buds, I highly recommend giving them a go.

Find Xiaomi’s ANC buds on the company’s site if you’re in India, on Amazon if you’re in the US (at a higher price of $69), or over at GearBest if you’re elsewhere in the world.

Read next: 15 Black Friday gift ideas to satisfy everyone on your list