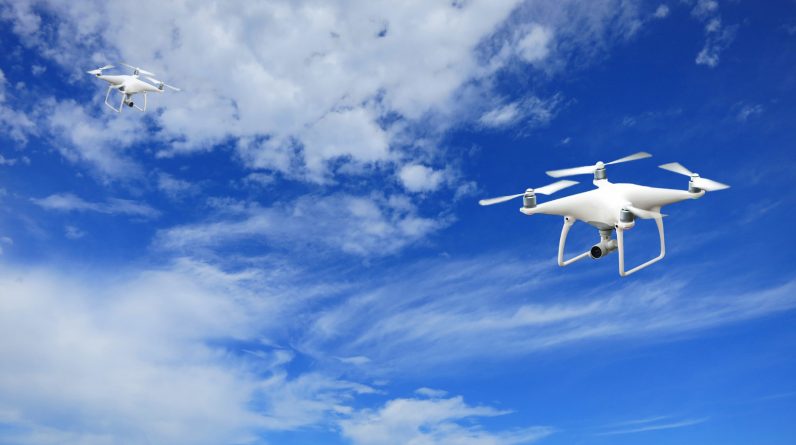 Digital Hub Initiative’s Start-up Games event was back again for a second edition on 29 October 2020. 10 of the most innovative up and coming startups from across Germany’s digital hubs were invited to pitch their ideas to a panel of five leading international VCs. But only one would come out on top...

Founded just 11 months ago, this high potential startup has already secured EXIST Forschungstransfer funding from the German government, and has now taken home the Start-up Games’ coveted golden gnome prize. But just what is it about this young startup that impressed the judges so much?

TNW got an exclusive interview with CEO Sreekrishna Pandi to find out.

It’s all about your network

In a nutshell, Krishna and his team’s objective was to build a new kind of mesh network that would be reliable enough for industrial and low latency applications. Particularly Industry 4.0, which relies on AGV (Automated Guided Vehicles) to carry heavy loads in factory and warehouse settings (with pretty spotty radio environmental conditions), and in collaborative drone swarms being used in low connected environments.

While the tech behind our drones, AGVs, and self-driving cars is improving every day, there are still plenty of failures that prevent them from being 100% reliable. Sometimes they stop working because WiFi connections fail…

Other times they break down…

Meshmerize’s software, however, allows for a resilience of 99.999% and, when accidents do happen, failover time is reduced from more than three seconds to less than ten milliseconds.

How do they do this?

One way is by taking a multipath approach that departs from traditional mesh network applications.

Mesh networks are groups of infrastructure nodes (or devices such as drones, AGVs, etc.) which can be used to route data to and from each other in areas with little or no connectivity, essentially creating a wireless network between those devices.

Mesh networks are not a new concept. They were actually invented roughly 40 years ago by the US military as a means of building ad hoc radio networks in unconnected areas. Traditionally they’ve been used in a single path approach, meaning that each node has exactly one route (a series of other nodes within the network) to reach any other node.

If any of the intermediate nodes move, the path is broken and a new route has to be found, in a reactive manner.

“Imagine you have 10 nodes in the air. Today I have to say, ‘hey, Drone A, send this data-packet or message to Drone B.’ It would work perfectly if each drone acted as it should but, if any one of them fails for some reason, then your task won’t be completed,” Krishna explained.

Meshmerize, on the other hand, utilizes multiple paths to reach other nodes, such that, if any of the intermediate nodes move or fail momentarily, Meshmerize ensures there’s always alternate routes through which the communication can happen in low latency. In other words, even if one moves into an area with low signal, as long as at least one of the devices in the network has some sort of connection, whether Wifi, 4G, or 5G, they can all share connectivity.

This also means that the devices in the network can cooperate to ensure a task is completed.

“In a radio network, it’s as if you’re in a large room with 100 people who are blindfolded and moving in different directions. Imagine you have a red ball you want to pass to someone across the room. The only way to get it to its destination is by passing it from person to person. So you have to shout people’s names to move the ball across the room,” Krishna explained.

But if someone drops the ball… you’re in trouble.

In a multipath system, if one device drops the ball, another can be routed to pick up where the other left off, thereby building a more resilient network together. Meshmerize, however, takes an extra step to ensure this handover time is as fast as possible.

Considering the example of the red ball, “One trick is that we replicate the ball two or three times to ensure at least one will make it to its destination. Instead of relying on one link, why don’t we use 3 links at the same time to make it more reliable?” Krishna explained

This means that data-packets can travel across multiple paths at the same time. So even if one path breaks down for some reason, there will be other drones that could pick up the task, thereby increasing resilience through redundancy.

This is especially important with the increased use of technology like drones and self-driving cars. There’s still a certain amount of fear holding these technologies back from wider use. What if our tech breaks down and we lose inventory? What if one glitch wreaks havoc on our warehouse management system? What if my pizza never gets delivered!!!

But Krishna believes technology like Meshmerize can change the game.

“The key to earning public trust is to be able to provide reliable connectivity. Essentially what we do is exactly what the aeronautics industry has been doing for the last five decades, a strategy called redundancy. Everything is redundant on a plane today. If an engine fails, another one can always take over. And that’s how they’re able to provide high levels of safety. It’s much safer and cheaper to provide reliability through redundancy.”

Tech that could have an impact across industries

While the tech itself sounds impressive, perhaps one of the reasons the judges selected this startup for the top prize is due to the large scale impact it could have.

While Meshmerize is targeting Industry 4.0 and drones for the moment, Krishna believes the potential of this technology goes beyond industrial applications and in future could be used in mining, agriculture, autonomous vehicles, and public safety.

For example, “Imagine firefighters walking through a forest fire. As the fire chief, I would need to monitor my people’s health including their pulses, CO2 levels, etc. But, of course, there’s no Wifi connectivity in the forest. With Meshmerize, these firefighters could drop a few low cost connectors every few meters as they move through the forest, creating a connectivity network as they go.”

With the golden gnome in hand, what will Meshmerize focus on now?

“Over the last few months, we’ve been realizing that we’re now at a point that we have a lot of demand, but not a lot of resources to fill this demand. That was our cue that we need to grow. So our plan now is to raise funds in early 2021 so we can grow our team.”

Krishna believes Meshmerize’s win at the Start-up Games will help them get there.

“What was cool about the Start-up Games was that we got a lot of exposure amongst the investor community. There was a very impressive set of jurors on the panel who came from really good venture firms. That kind of exposure, and the feedback we were able to get from them afterwards, was very valuable in helping us steer our communications in the right direction.

Only getting three minutes to condense your life’s work is quite a big challenge for any founder. It really pushes you to ask yourself, ‘What is the most important thing that I want to tell someone about Meshmerize?’”

Whatever the future holds, what’s certain is that Krishna and his team will continue to growing Meshmerize to new levels.

This article is brought to you by The Digital Hub Initiative.