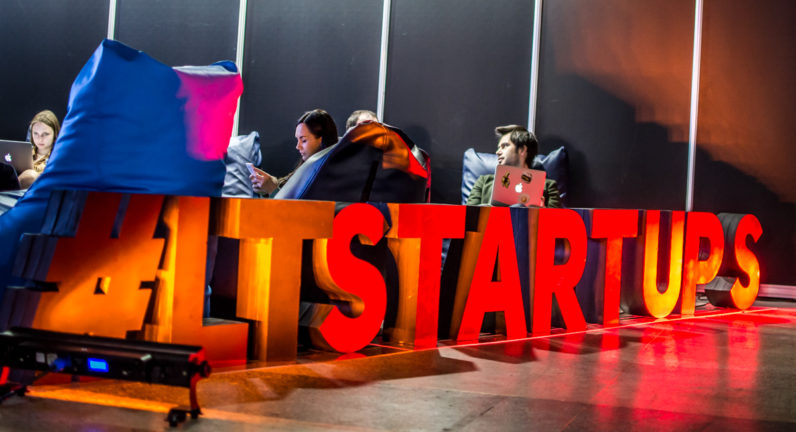 More than 25 years have passed since the Soviet Union collapsed, which resulted in 15 countries being free from the central administration and the communist ideology. The three Baltic states — Estonia, Latvia, and Lithuania — were the first to declare independence and officially secede from the USSR.

The three countries still have a powerful presence within the avant-garde of the post-Soviet republics in terms of technology entrepreneurship and government support of innovation. Estonia, for example, is well-known as the country where Skype was born, as well as its e-Residency program. Another Baltic state, Lithuania, has recently approved an official startup visa program, which will allow founders from outside the EU to easily open business in the country.

“We are happy to be the bridge between startups from Central and Eastern Europe and investors from around the world,” Rimantė Ribačiauskaitė, head of the government-backed Startup Lithuania project, told TNW.

Lithuania’s capital Vilnius also hosted the region’s biggest startup event — LOGIN Startup Fair — earlier this year. We used the occasion to talk to the insiders of the country’s entrepreneurial ecosystem in order to learn more about it.

State of the ecosystem

Although not as famous as Skype, Lithuania’s success stories are well worth praising. Among its first tech startups was GetJar, an independent mobile app store founded in 2004 and sold to Sungy Mobile in 2014. Its founder, Ilja Laurs, has since founded Nextury Ventures, which he called the only fund in Lithuania that “has purely private sources of funding, and no links to European assets or money whatsoever.”

The more current examples of Lithuanian startups include Pixelmator, a popular image editor for Mac OS and iOS, as well as Trafi, which was recently awarded as the best Travel Planner for public transport during the 2016 Olympic Games.

The best known success of the recent times, however, is Vinted, a peer-to-peer clothes marketplace that has raised almost $60 million to date and expanded across Europe and the US. Vinted’s co-founder Justas Janauskas sees a lot of potential in the local startup scene.

“The ecosystem is in a very early stage, it’s a first generation of companies which are created by enthusiastic people, majority of whom don’t have much experience in fast-growing tech companies,” he said.

Laurs, whose VC fund has invested in a handful of local companies, is also optimistic.

“I think the ecosystem is making a ton of progress, and it’s going really fast,” he said. “It would be fair to say that five years ago the ecosystem just did not look like this at all.

“One way to measure the progress indirectly is to go to the university and ask students, how many of them see themselves as startup founders. Five years ago, 99 percent would say they just wanted to work for either the government or a big business, and few would even understand what a startup is. But now I think that about half of the students would say that they really want to build a startup.”

Entrepreneurs and investors agree that the whole entrepreneurial movement in Lithuania is no more than five years old, which means it’s too early to measure it in the same way as Nordic or Western European ecosystems.

“Five years ago there was nothing, right, there were no startups, it was just Skype in Estonia,” Startup Lithuania’s Ribačiauskaitė said. “Now we have functioning startup ecosystems in the three Baltic states.”

The local government is also doing a decent job supporting the founders and investors, especially at the seed stage.

“We have the Practica Capital fund here backed by the European Investment Fund,” Janauskas added. “They’ve invested in a lot of early stage companies, and that’s cool, because people can learn how to spend money, how to fail, how to iterate.”

Compared to its Baltic neighbours, Lithuania is doing quite well. According to the data from the local venture capital association LT VCA, there are 422 startups in the country, employing over 2,400 people. In ten years from 2006 to 2015, Lithuanian startups had raised a total of €165.3 million, compared to €103.3 million in Latvia and €280.6 million in Estonia. 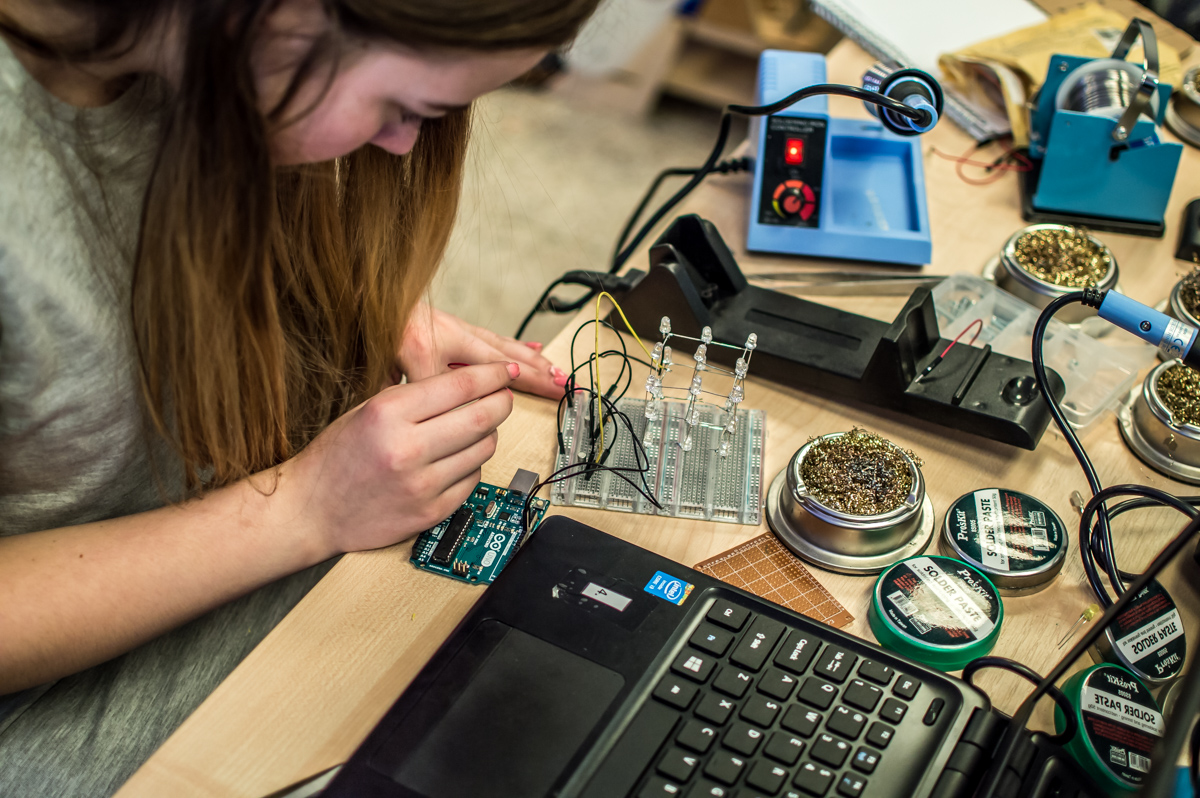 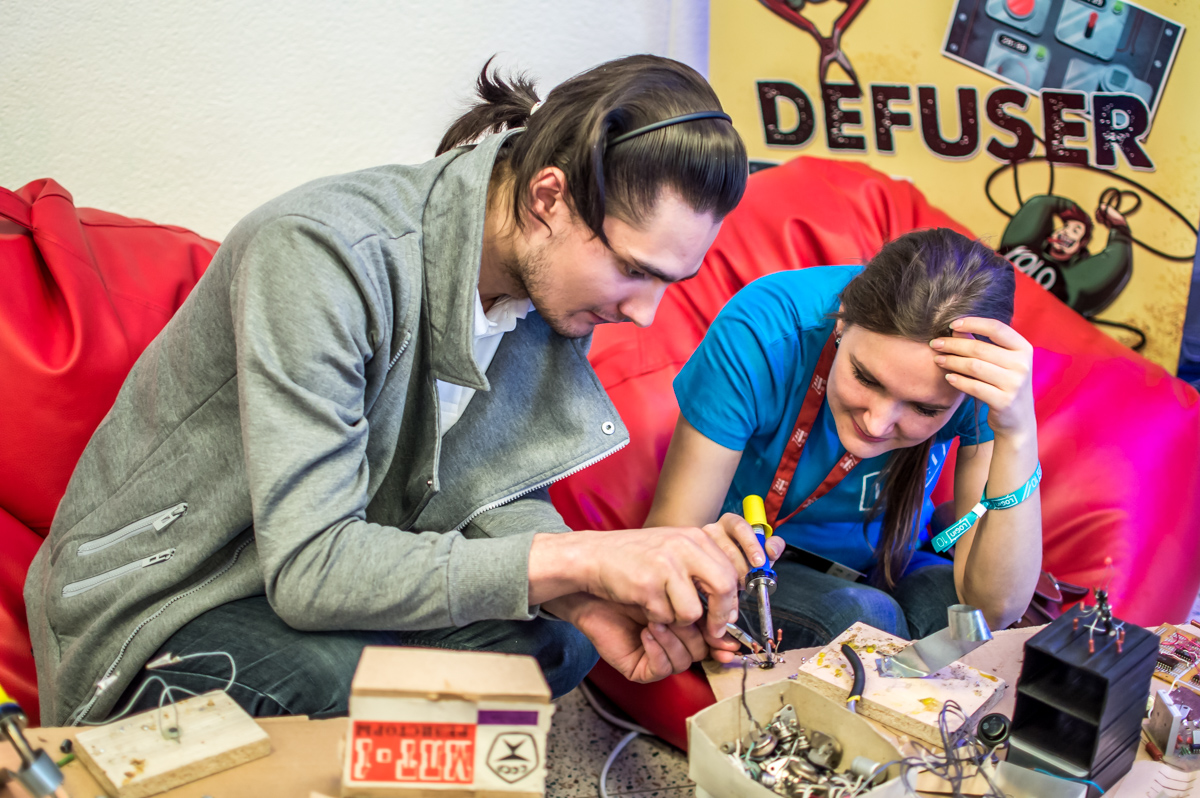 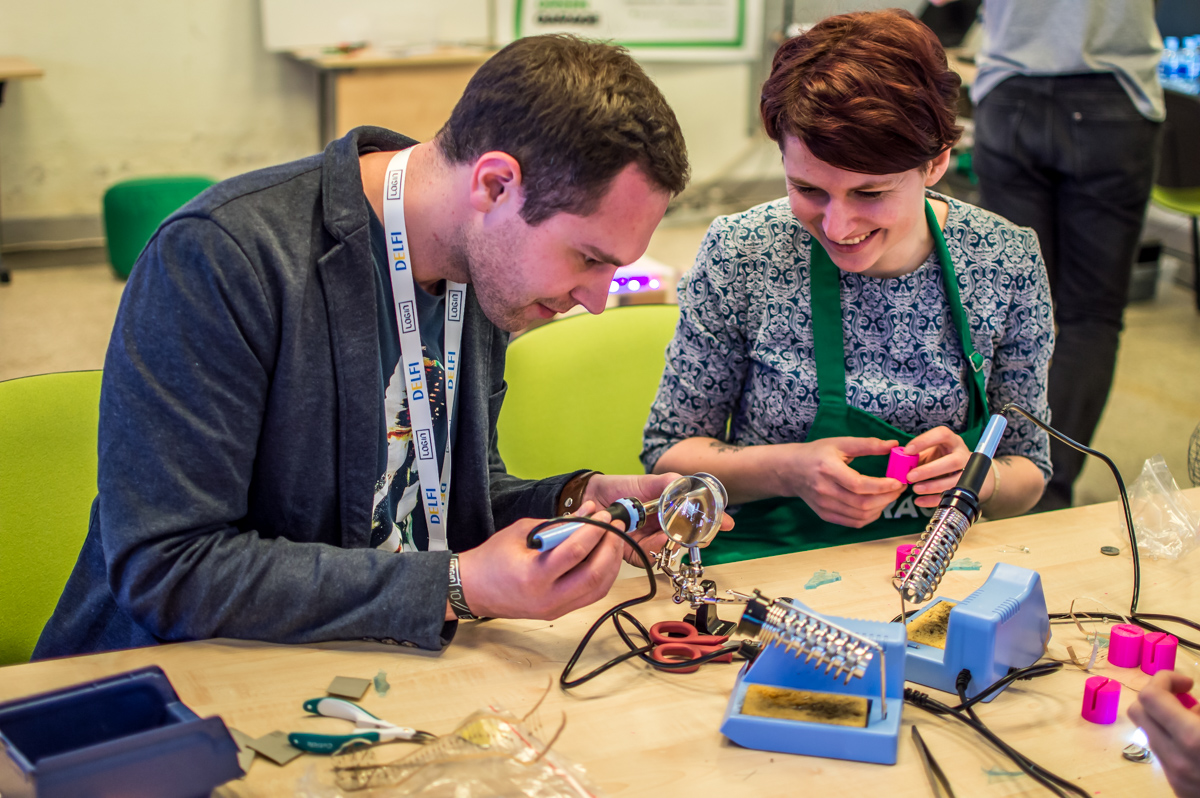 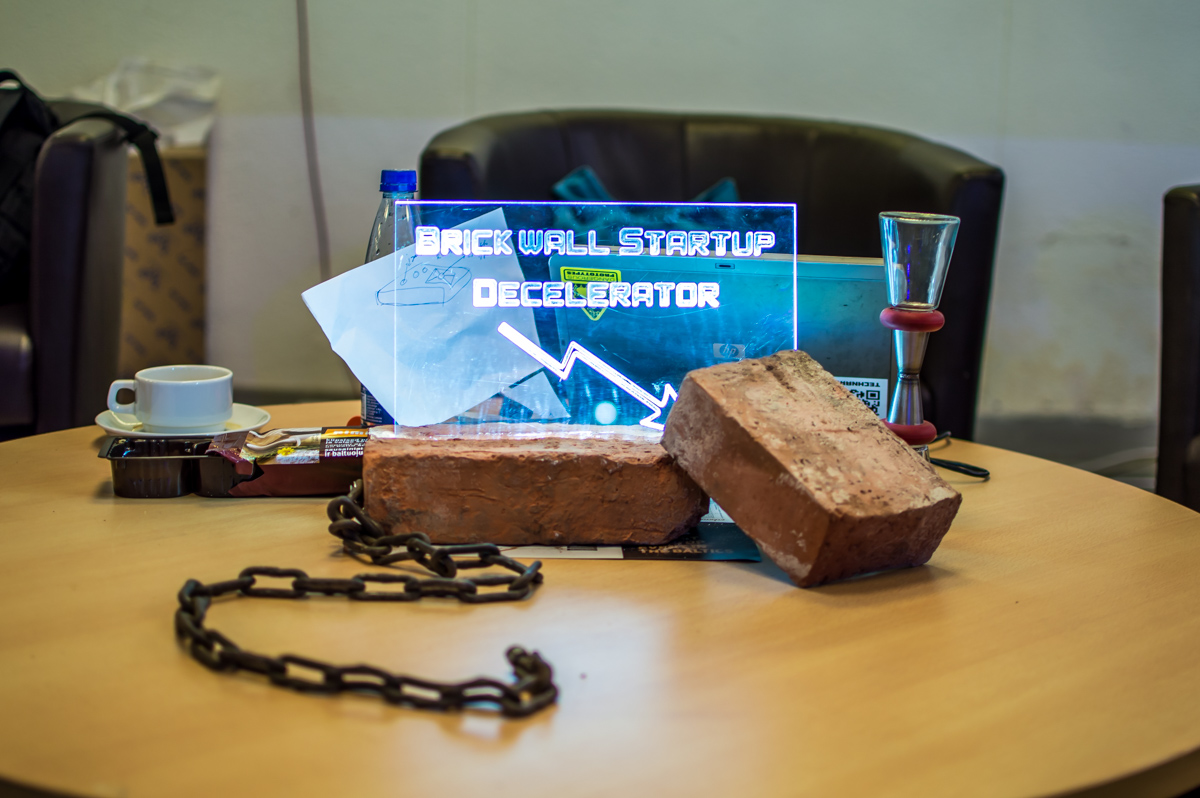 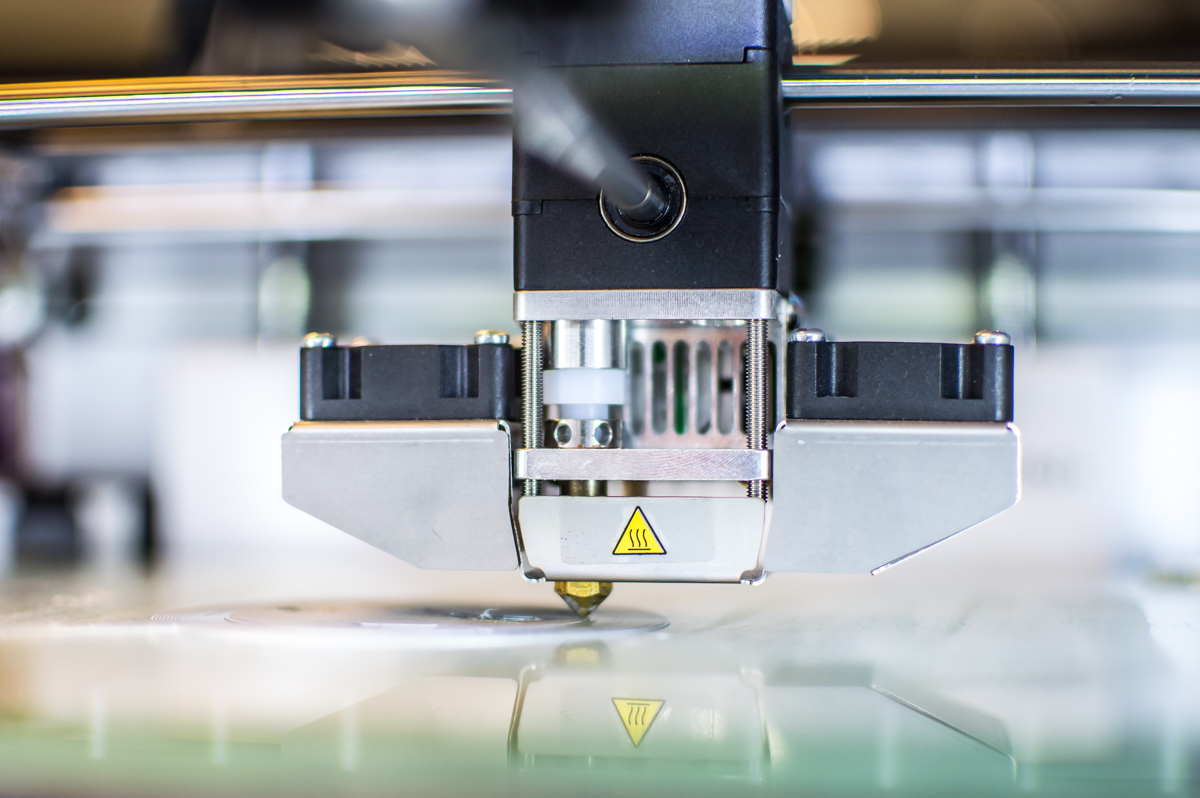 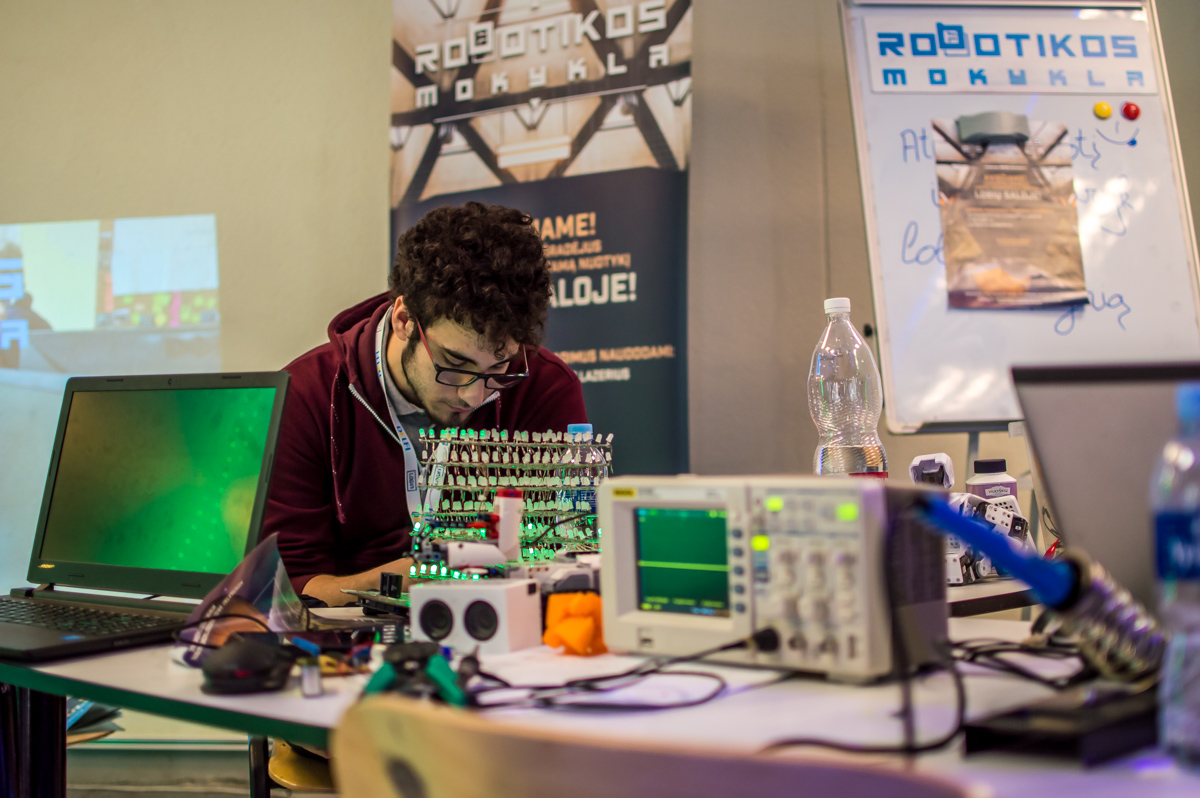 The director of LT VCA Inga Miliauskienė said that Lithuania’s local ecosystem started to take shape after the crisis of 2008 with  help from the European Union.

“As a result of EU funds flowing into Lithuania, we started to see some of the new local venture capital funds being structured and working and operating in the country,” she said.

Although constantly compared to each other in a number of presentations shown at the LOGIN Startup Fair, the Baltic states appear to collaborate less in the innovation industry than one might imagine.

“Latvia, Lithuania, and Estonia are very similar, but the startup ecosystem in each of them is quite different,” said Laurs. “Estonia is considered to be the golden standard, and historically has very close ties with Scandinavia in general and Finland in particular. There’s a lot of Estonians joining Finnish accelerators and getting funding from Scandinavia.

“I would guess that each of the Baltic states has more links, for example, with Scandinavia and Germany independently as opposed to with each other.” 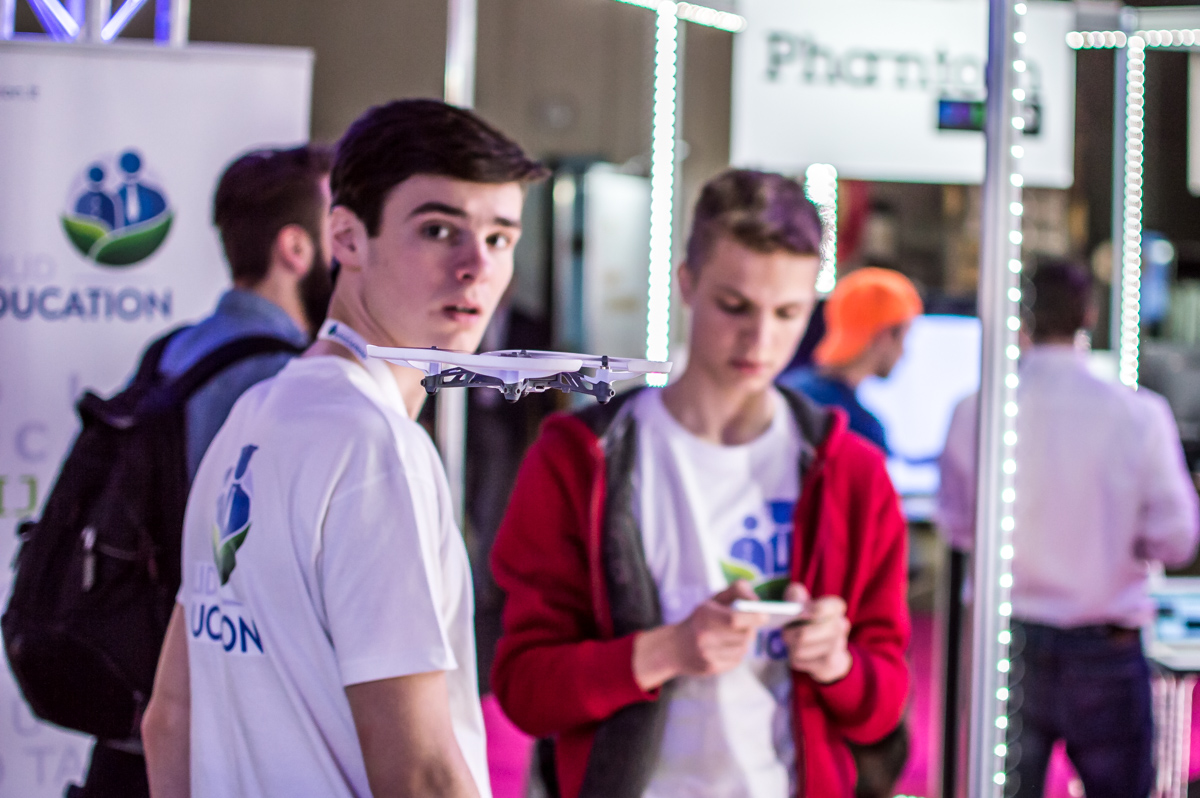 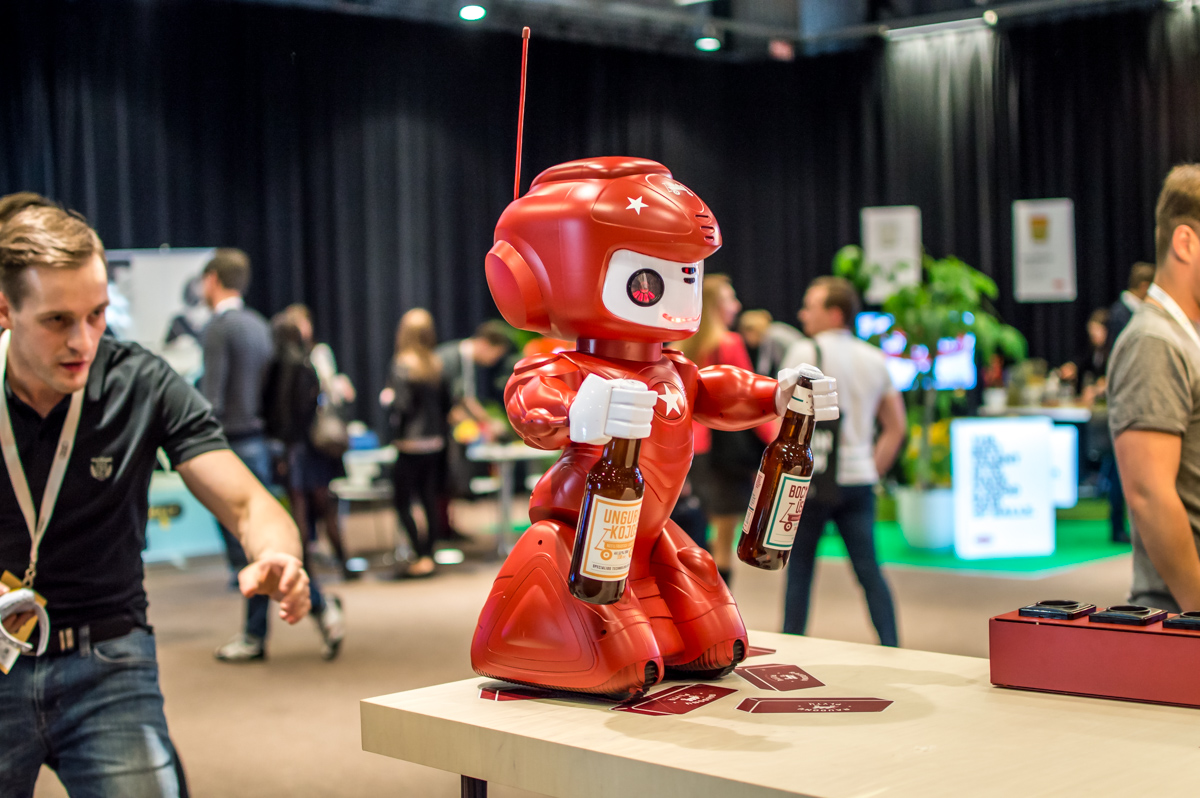 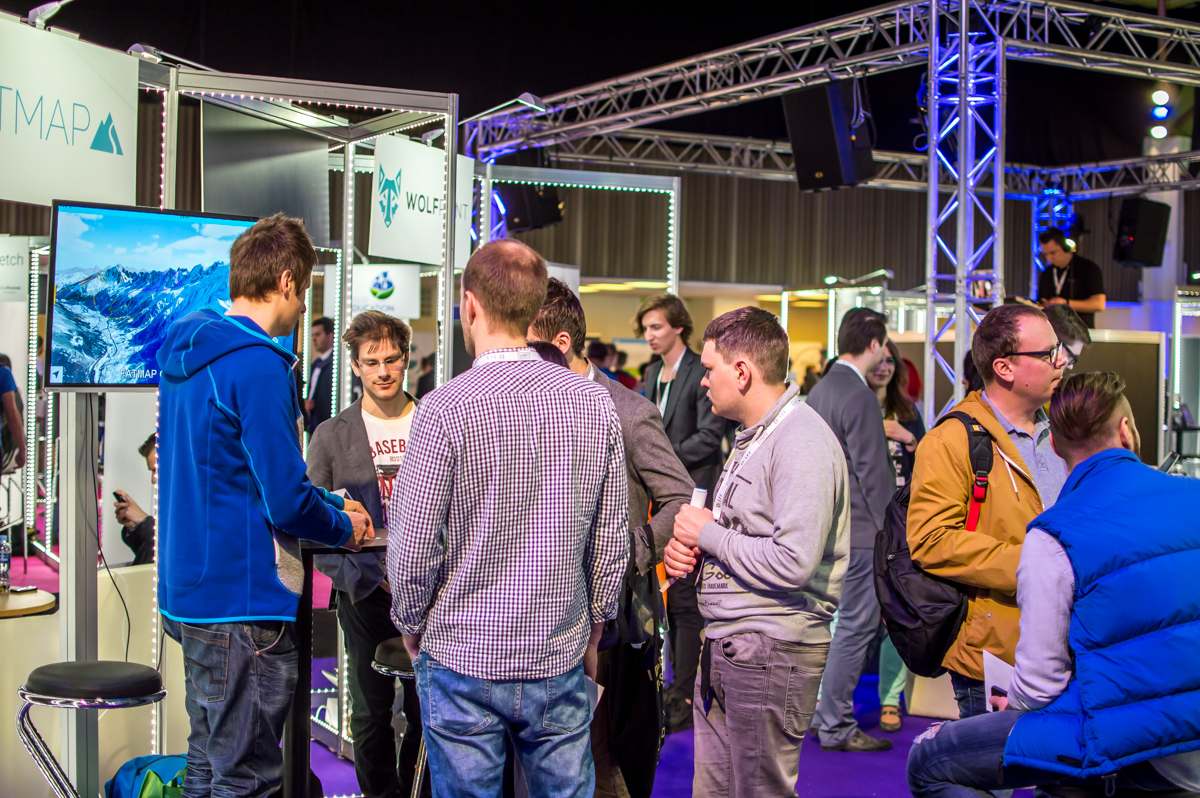 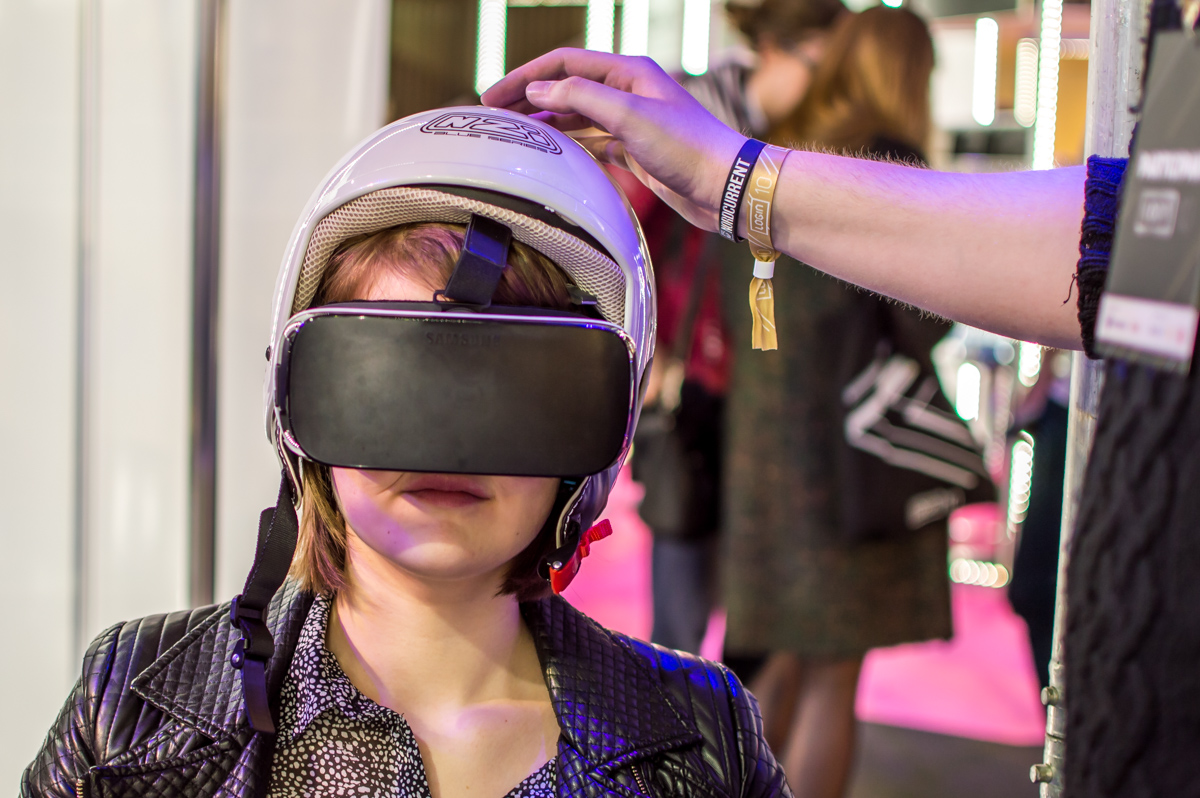 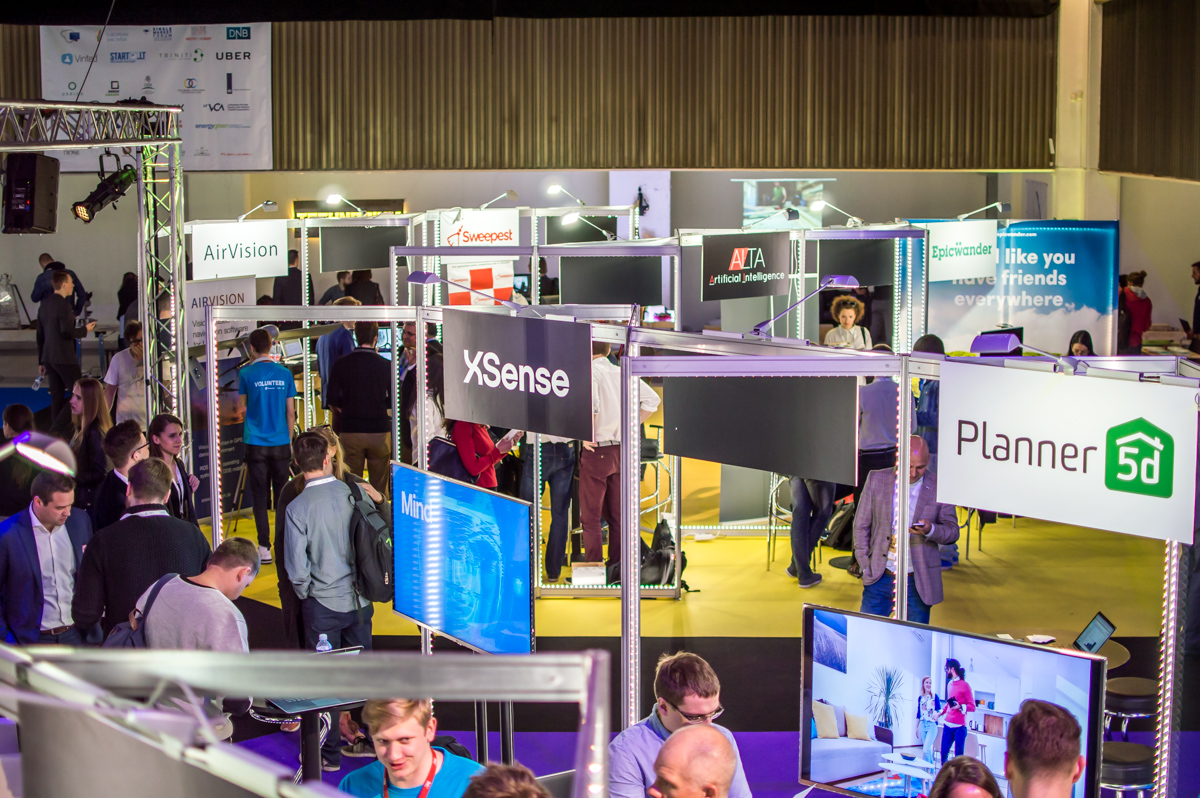 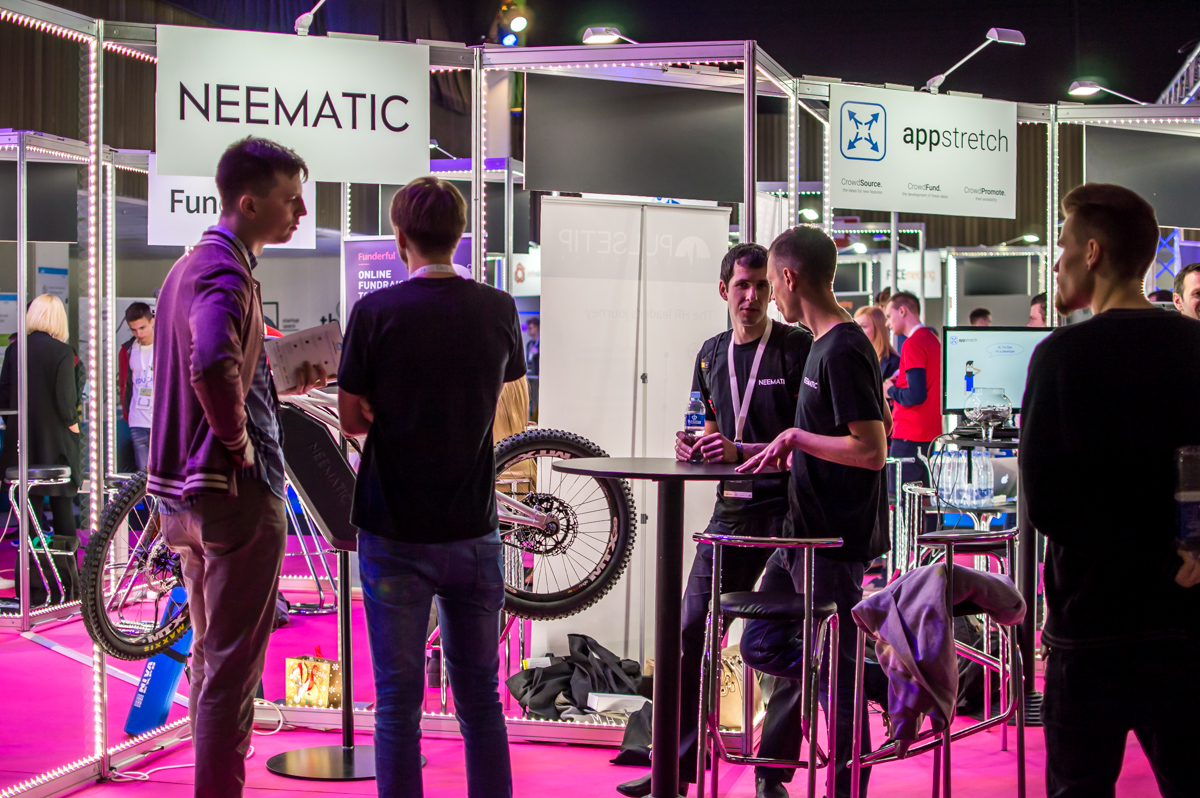 The general agreement is that while the three countries could get together for certain projects, they mostly consider each other as friendly competitors, as  often happens with neighbours.

Aleksander Tõnnisson, the CEO of Estonia’s BuildIt accelerator that focuses on hardware startups, said that having a head start isn’t always a good thing.

“I’m worried that Estonia has reached the point where we felt that we were doing very well, and this is where the development stopped,” he explained. “We’re not trying to make things better as actively as we used to. We’re now more concerned about keeping the status quo, and this is definitely what I don’t see in Lithuania or Latvia.”

Tõnnisson also named an issue that is typical not only of Estonia’s ecosystem, but of all the Baltic startups — a lack of ambition.

“I think that it is closely tied to being modest,” he said. “Yesterday, an investor from Israel said that people here in the Baltics are too modest and too polite, and afraid of upsetting someone. And I think it’s holding us back a lot.”

Ribačiauskaitė agreed on this: “We have to be less modest, we have to be more aggressive, and we have to take the best we can from the outside world and integrate it in our country.”

This, however, could be the easiest problem to solve, with a number of acceleration programs and educational initiatives running all over the region. What could be much harder for Lithuania is to become attractive for entrepreneurs as a business destination.

“We are a small country, which lost a lot of people — not as a result of a war, but as a result of a financial crisis,” said Miliauskienė from LT VCA. “We’re facing the problem of attracting talent to our country or returning them to our country. A lot of young people are coming back to Lithuania, but we are still lacking high-skilled workers in certain positions. Attracting them back to Lithuania is one of the key issues.”

This also explains why the industry players have been so eager in lobbying the idea of the startup visa: countries like Ukraine, Belarus, and Russia could be a huge source of entrepreneurial and technical talent for Lithuania to adopt.

Talking about the challenges faced by Lithuania’s startups, Laurs brought up one particular issue that could be applied to most of the emerging markets these days.

“The number one challenge for the whole ecosystem is a lack of people not only willing, but also economically capable, of working essentially for free for a meaningful amount of time,” he said. “That is working for half a year to a year, and still staying 150 percent focused.

“If you look at England or Silicon Valley, one of the reasons why there are so many startups [now] is because there’s a lot of people who can afford [to work on them]. They have family, friends [to invest in them], they have savings. Many, many startups are launched by professionals who have savings since they have worked for twenty years.”

There’s no ready-made recipe for solving these kinds of problems, apart from waiting another few years for more entrepreneurs cashing out and bringing the money back to the ecosystem. This movement is already underway, Vinted’s Janauskas said, even though it’s not obvious from the outside. It’s also safe to say that if Lithuania keeps up the pace, we’ll hear more about its startups real soon.

Read next: The hacked San Francisco public transport is a reminder our systems aren’t perfect