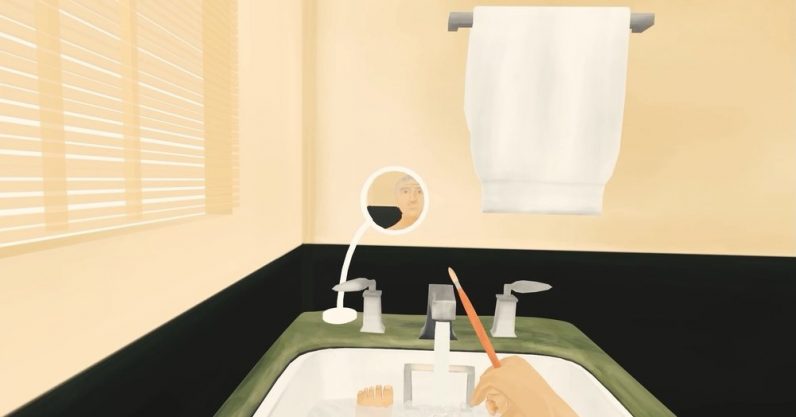 Oh, what a time to be alive. Just when I thought I’d seen the strangest stuff VR had for me, I discover George in the Tub, a satirical dig at former US politicians within a placid VR experience.

In the game, players relax in a bathtub while simultaneously painting with a VR controller. As the painting takes shape, it’s revealed by way of the subject matter that they’re inhabiting the body of former US president George W. Bush. The game was picked up by VR funding platform Kaleidoscope last year.

I'm so hyped for this VR experience by @TenderClaws in which you are GW Bush painting a self portrait in the tub, all faithfully based on the former president's arthttps://t.co/N5fnAAvrlk pic.twitter.com/nFsA8skDgX

The game appears to be inspired by two infamous self-portraits painted by the former US president, one of himself in the tub and the other in a shower. This might have had a bigger impact in 2013, when those portraits were revealed, but who am I to demand topical political references in my VR games?

The studio behind the game, Tender Claws, has been working in VR since 2002. Their most recent game is Virtual Virtual Reality, a satirical Daydream VR game in which you play a human working as a companion for AI inside virtual reality worlds (VR inside VR, roll credits). The description of the game on Google Play contains the phrase “An artichoke screams at you,” so I know I’m already on board.

A Very Presidential Experience on Kaleidoscope

Read next: This app uses machine learning and AR to teach you how to draw