When Facebook announced it was changing its name to “Meta,” it was immediately clear the company was doing more than just pivoting – it was evolving.

In the weeks since, the metaverse has become the hottest topic in tech. The last time I saw a planet-scale conversation about technology of this magnitude was when blockchain and cryptocurrency entered the mainstream periphery around the middle of 2017.

Unfortunately, it seems like most people don’t “get” the metaverse. It’s being referred to as a VR/AR/MR technology or as a marketplace for digital goods and NFTs.

While those things are true, calling the metaverse a VR tech is like calling the combustion engine a WWII British submarine technology. It’s not incorrect, but it only accounts for a tiny part of the big picture.

Throw away your preconceived notions about what Facebook and Microsoft are doing. Stop thinking about the metaverse as a VR tech or as something where you have a digital avatar. Forget VR and avatars for a few minutes.

Imagine purchasing a new car in 1985. Whether you knew exactly what you wanted to purchase or didn’t have the slightest clue which vehicle was right for you, the process was the exact same. You went to a lot, you walked around, you picked out a car, you sat around doing paper work. The process usually took hours, if not days.

Now, with the internet, shoppers who know exactly what they want can order their dream car in minutes. And people who aren’t sure can get a world’s worth of information, opinions, and reviews before they ever set foot in a dealership to take a test drive.

Imagine if you were car shopping today, you went to Ford’s website, and it was clunky and obsolete. There were no customization features, and some models weren’t even listed. Would that give you confidence as a consumer? Or might you scoot on over to Chevrolet or Toyota’s website to see if they were a bit more modern?

In 10 or 20 years, we’ll feel pretty yucky about a car company whose metaverse presence doesn’t allow us to check out seamless, customizable, AR/VR/MR representations of their products.

In the year 2030, if I can’t literally see what your car is going to look like in my garage, you’ll have no business trying to sell me an automobile.

Imagine extending that concept beyond AR/VR/MR. You could paint your walls white and use a projector to display digital art in your real studio apartment.

What if that art was worth more than its physical, corporeal counterparts? What if I could sell you a digital Banksy worth $1M and all you had to do was buy a $100 projector to display it? Best of all, nobody could steal it. They could smash your windows out and grab everything in sight, or hack your security system and steal your data, but they couldn’t steal your Banksy.

The difference is that it’s actually easier to authenticate a digital artwork in 2021 than a physical one.

And we can extend the metaverse far beyond art and media ownership. Imagine a company that sells furniture in the metaverse. It might sound stupid to spend real money on a digital couch that you can only see in VR.

But what if that company’s business model included real-furniture-as-a-service? If you buy a couch in the metaverse and display it in your public-facing, digital, social space, the company would deliver it to you in the real world as a perk of ownership.

Our wardrobes would be as big our music libraries. Sure, you can’t wear a digital shirt like you can listen to a digital song. But moving shirts around in the physical world becomes trivial once you’ve developed a large enough platform.

Anyone who’s ever taken advantage of Amazon Prime’s 2-day shipping knows what I’m talking about.

Return of the Wii

I spoke with Devin Reimer, the CEOwl at Owlchemy Labs. His company’s one of the premiere VR gaming outfits in the world. Their games Job Simulator and Vacation Simulator have dominated the charts since launch. If you were to ask 100 VR journalists what the best experience to start someone off in VR with is, I bet 90 would say Job Simulator.

The company’s next game, Cosmonious High, is the “next step” for VR, according to Reimer. And we have every reason to believe him because Owlchemy’s games are unparalleled.

And, per Reimer, one of the main reasons they resonate so well with VR newbies and veterans alike is because they’re so intuitive. You already know how to play the Simulator titles even if you’ve never played a VR game.

You throw things by making a throwing motion with the controller you’re holding. You wave at characters in the game by waving your hand.

Just like the Nintendo Wii, these kinds of VR experiences are perfect for the uninitiated because they rely on skills you’ve developed over your entire life.

The best interface is no interface at all. And, by removing the barriers between what a user wants to do and what a user knows how to do, you’re ensuring all your users are power-users.

According to Reimer, it’s not about recreating what’s possible in the real world. It’s about giving people a method by which they can integrate their real experiences into the virtual one they’re in. He told me:

We want to make better decisions that make things better [in VR] than they are in the real world.

And you don’t get there without thousands of hours spent solving the kinds of problems that only show up once you’re immersed in the tech.

Reimer explained how things like where a character’s gaze is pointed, or how naturally they respond to player’s gestures, can make the difference between an immersive experience and an unsettling one. There’s a very fine line between wow, that’s awesome and shit, that’s creepy.

If your users intuitively “get” the interface, they’re more likely to take full advantage of what the platform offers. Basically, you should be fighting the villains in video games, not the controls. And it’s the same for Zoom meetings in the real world.

The upgrade is mandatory

Right now, Zoom doesn’t make video meetings better than they are in real life. In fact, video conferencing adds several layers of complication to the simple idea of sitting around a table and talking.

But, the metaverse could feasibly make it easier to host a meeting online than it is in physical-world meeting spaces. In order to do this, it needs to have an interface that’s as seamless and simple as reality, but far more robust.

Advancing slides, opening external links, and resizing playback screens should all be as simple as swiping, tapping, and pinching. It has to be as easy to work in the metaverse as it is to bowl with a WiiMote.

And it has to offer the ability to do things you could never do in reality such as manipulating media in real-time with gestures and forcing participant’s perspective.

The elephant in the room is always going to be VR. Some people get sick when they use a headset, there’s still no killer app pushing VR into the mainstream, and it’s expensive. A lot of people can’t get past that.

And, to them, I’ll say: did you forget about the iPhone? There was a time when many technology experts were reticent to believe the mainstream would embrace a cellphone that didn’t have a physical keyboard or number pad. The first iPhone sold a little over 6 million units. In 2018 Apple sold 217 million iPhones. The current generation of VR products have only been around for a few years.

All things VR aside, the metaverse already exists in a splintered, bespoke format. Meta, Microsoft, Nvidia, and other big tech companies are scrambling to be the provider who codifies it with protocols.

Even if you never wear a headset or use an AR app, you’ll be a part of the metaverse. You can’t opt out of it by abstaining any more than you can choose not to be affected by what people say on Facebook and Twitter. You might not be reading those posts and tweets, but someone you know is. Sometimes it doesn’t matter, sometimes it changes a presidential election.

Just like fire, electricity, the internet, and AI, the metaverse is going to be a fully-integrated part of techno-society. Assimilation is inevitable. Resistance is futile. 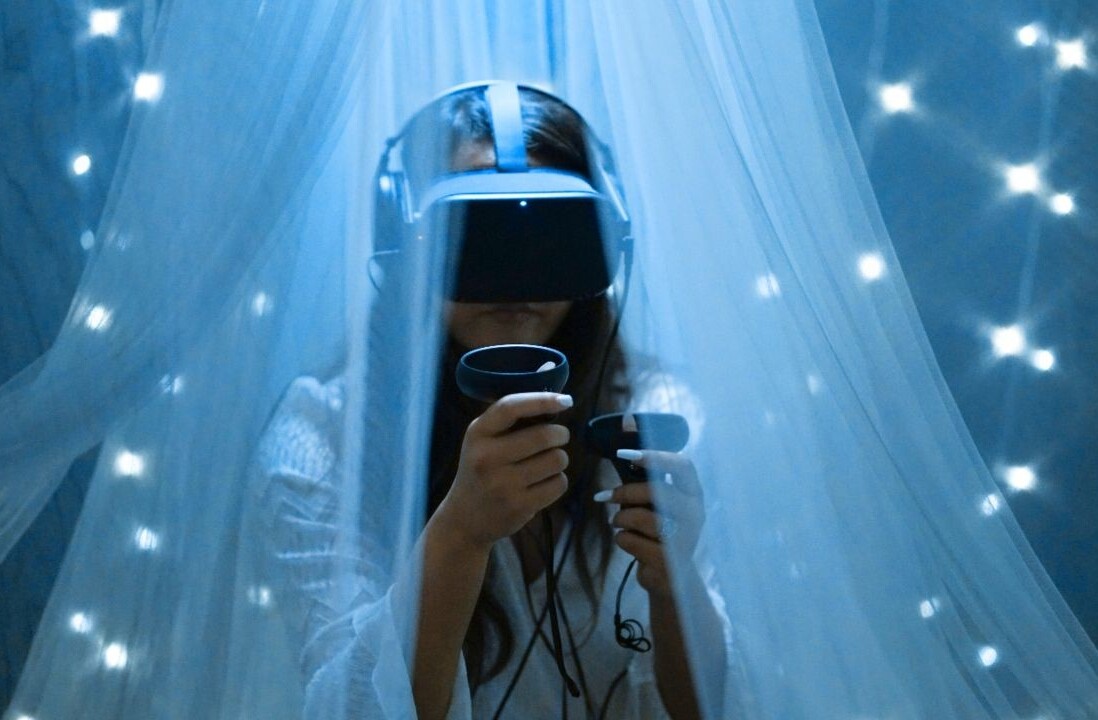