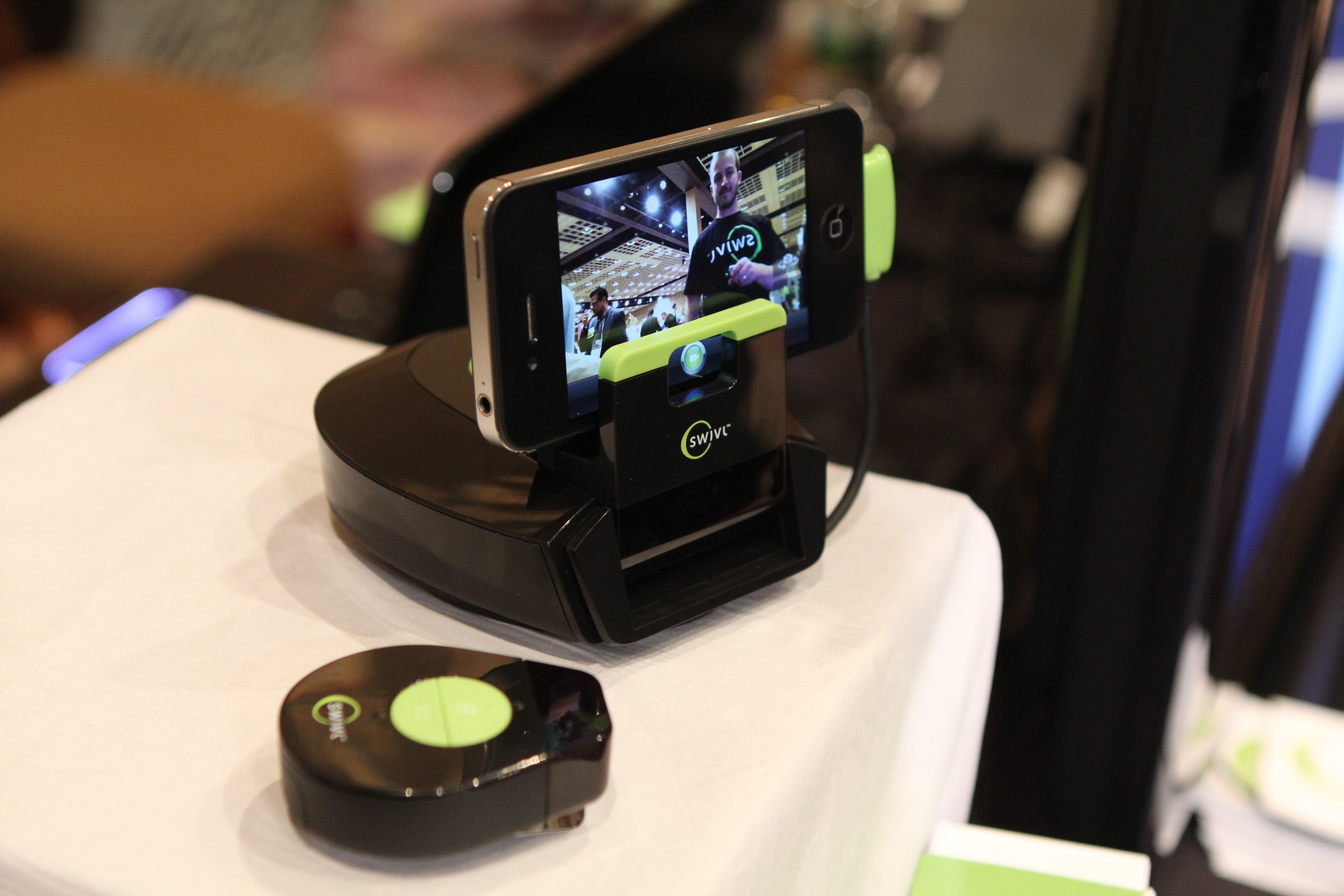 Back when we originally covered the Swivl, then just out of IndieGoGo purgatory and announcing as a real product, we promised you a closer look at this iPhone mount. Well we got a chance to get a live demo last night and it turns out the thing works just as well as described.

The Swivl is a mount for your iPhone that allows you to shoot hands-free video or make Facetime calls without having to stay fixed in one place. The unit is motorized and mounted on a tilting and swiveling base. It tracks a remote unit that can be held or clipped to your clothing to keep you in the frame at all times.

If this sounds like something that shouldn’t work all that well in reality, you’re thinking what I was when I first saw the fundraising project. But it turns out that it actually tracks nearly spot on with only the slightest left-to-right lag.

The remote allows you to move freely left-to-right and has a mode switch to allow you to pitch it up and down if you need it to. It also functions as a wireless remote that allows you to shoot still pictures if you wish, turning the Swivl into a motorized tripod of sorts.

The remote also has a built-in microphone for crystal clear voice recording and transmission.

The Swivl looks really polished, with a clean and purposeful design and a feature-set that delivers on its early promises well. If you think that you have a need for a device like this, you shouldn’t be disappointed.

The Swivl hits the market later this quarter for $159.

Read next: Tumblr Tuesday: The Burning House asks what would you save if your house was on fire?