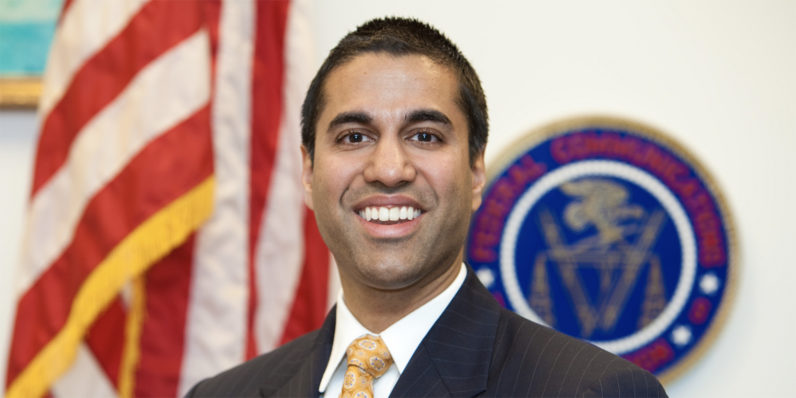 A federal appeals court today ruled to uphold the FCC‘s 2017 repeal of net neutrality laws, meaning Ajit Pai’s rollback of the Obama-era laws will stand. However, the court did offer an avenue for those who wish to try getting it reinstated in their state, because it turns out the FCC doesn’t have the authority to ban that.

The appeal was a ruling on a lawsuit filed last year by a collective of attorneys and non-profits who claim that the December 2017 decision (called the “2018 Order” in the lawsuit) made by the FCC to repeal net neutrality laws was illegal.

The decision is quite a long one, and it’s a little difficult to read (I don’t think I’ve ever before read a legal document that seriously used the phrase “what’s good for the goose is good for the gander”). But the highlights are that, while it believes the FCC was within its rights to roll back federal net neutrality laws, it cannot ban individual states from writing their own laws.

The court‘s conclusions were decidedly circumspect about the FCC‘s repeal, even saying it didn’t think the FCC had adequately considered the consequences: “Despite the Commission’s failure to adequately consider the 2018 Order’s impact on public safety, pole-attachment regulation, and the Lifeline Program and despite our vacatur of the Preemption Directive, we decline to vacate the 2018 Order in its entirety.”

Public safety appeared to be the court‘s primary concern, stating, “The Commission’s disregard of its duty to analyze the impact of the 2018 Order on public safety renders its decision arbitrary and capricious in that part and warrants a remand with direction to address the issues raised.” A 2018 incident in which Verizon throttled the internet speeds of firefighters battling the California wildfires was not permitted to be used as evidence against the FCC (given it happened after the FCC‘s decision), but the courts did say the incident reflected the Commission’s failure to adequately plan for such things: “The Commission’s after-the-fact reasoning entirely misses the fact that, whenever public safety is involved, lives are at stake… the harms from blocking and throttling during a public safety emergency are irreparable. People could be injured or die.”

But it said it would prefer to give the FCC space to correct its mistakes, rather than completely vacate the decision: “We decline to yet again flick the on-off switch of common-carrier regulation under these circumstances.” FCC chairman Ajit Pai said in a statement that the decision was a “victory” and added, “We look forward to addressing on remand the narrow issues that the court identified.”

The court did say the FCC overstepped in one way, namely that it tried to ban states from making their own net neutrality laws. In this case, it says, the Commission overreached. The FCC can still attempt to block state-based net neutrality laws as they’re made, if they warrant such a decision, but it cannot, the court says, issue a blanket edict stating the states can’t make them.

It’s not much of a ray of light for the proponents of net neutrality — but still, the court‘s reservations on the issue mean there are openings for those who wish to further challenge the FCC about the decision, which many are surely going to do. Mozilla, one of the major forces in the lawsuit against the FCC, stated on Twitter it’s “not done fighting.”

Read next: How 'intentional explosions' could make electric cars safer