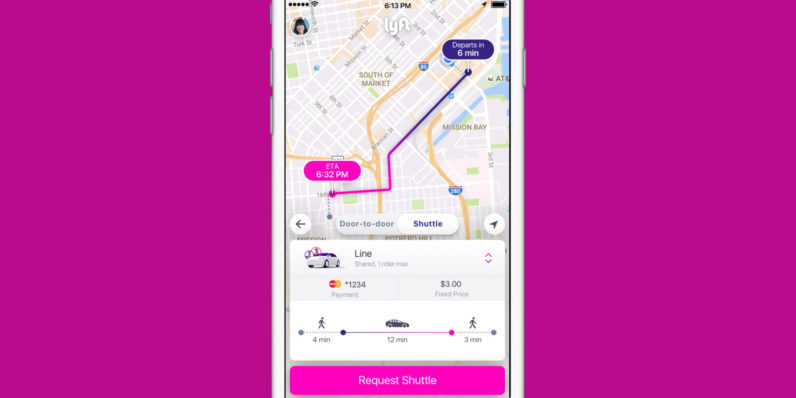 Back in March, we heard about Lyft’s plans to run a fixed-route shared ride service called Shuttle, starting with trials in a couple of US cities. It’s now kicked off in San Francisco, and it doesn’t sound like everyone’s warming up to the idea:

Salon’s story about it from yesterday is titled, “The Lyft Shuttle is pretty much a glorified city bus — with fewer poor people“, while SFGate went with “Critics call out Lyft for reinventing the bus with its new ‘Shuttle’ feature“. On Twitter, you’ll find folks firing shots like this:

Everyone saying Lyft Shuttle is "just a bus" is missing the disruptive innovation: a bus that excludes people too poor to own a smartphone

Yes, Shuttle operates on the same principle as a bus. I get that. But if people are choosing to use Shuttle, there’s clearly a need for a service like this that public transport isn’t addressing.

Salon made a couple of points that are worth addressing: one, that venture-backed Lyft could potentially use its funding to undersell its competitor and eventually ruin public transit – and two, that Shuttle routes currently run between wealthier parts of town to downtown and financial district.

Before blaming Lyft for creating a divide, it might be worth looking into the commuting habits of these initial Shuttle users to understand whether they’re sharing a fixed-route ride in lieu of taking the bus, or of taking a ride in a private vehicle (single-passenger cab or driving their own car). Without that data, it’s hard to describe Shuttle’s impact in the city – is it getting more cars off the road or getting people out of buses and into cabs?

Oh, and we’re talking about a service that literally began trials a day ago. Maybe we should wait a while before deciding to crucify it outright.

Have you tried Lyft Shuttle? Let us know your thoughts on the service and its implications in the comments to help with a follow-up story.

Read next: South Korean hosting firm shells out $1M in yet another ransomware hack