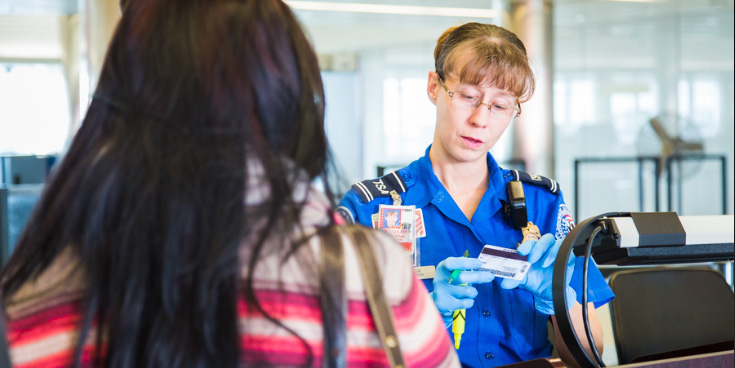 On Tuesday, Trump administration officials told the Wall Street Journal about its plans to review the current vetting procedures for foreigners entering the US, and mentioned possible new measures like checking people’s phones and asking for passwords to their social network profiles.

If there is any doubt about a person’s intentions coming to the United States, they should have to overcome—really and truly prove to our satisfaction—that they are coming for legitimate reasons.

This sounds less like the US merely being more cautious and more like paranoia, especially when you consider the fact that the measures could apply to the 38 countries whose citizens can travel to the US without a visa (that includes the UK, Japan and Australia, which are part of the Visa Waiver program).

For what it’s worth, the review is still being discussed, and there’s also a new bipartisan bill that proposes allowing device searches only with a warrant.

There are a number of issues with the current administration’s proposal, the first being that it infringes heavily on people’s privacy.

Beyond that, there’s the question of boundaries – how far can a border security agent go in their search for evidence of your plot to destroy America on your two-week vacation? Which apps can they look through, can they search through your email inbox for keywords, and can they download and store data from your device?

And just how effective will these searches be in curbing terror attacks? There’s talk about examining people’s contacts to look for links to known terrorists; I suspect that border security will either find themselves overwhelmed with data to sift through (I have more than 8,000 contacts on my phone – it’s a long story) or have to come to terms with the fact that malicious actors will be smart enough to avoid carrying devices loaded with incriminating data in the first place.

Not to mention just how unwelcome this could make visitors feel. I currently live in India and have been to the US several years ago, and while I’d love to travel there again, I’m not sure I’d feel comfortable doing so if such measures are in place.

This is what the terrorists’ victory looks like. A global superpower appearing paranoid and hostile towards its allies and its own people, and curtailed rights for those who want to live and travel there.

The US has every reason to be concerned about security at its borders. But if it wants to prevent attacks, it’ll have to do better than come up with harebrained schemes that will take time, cost money and do little more than make needles harder to find in haystacks.

Read next: Amazon will soon refund your kids' in-app purchases