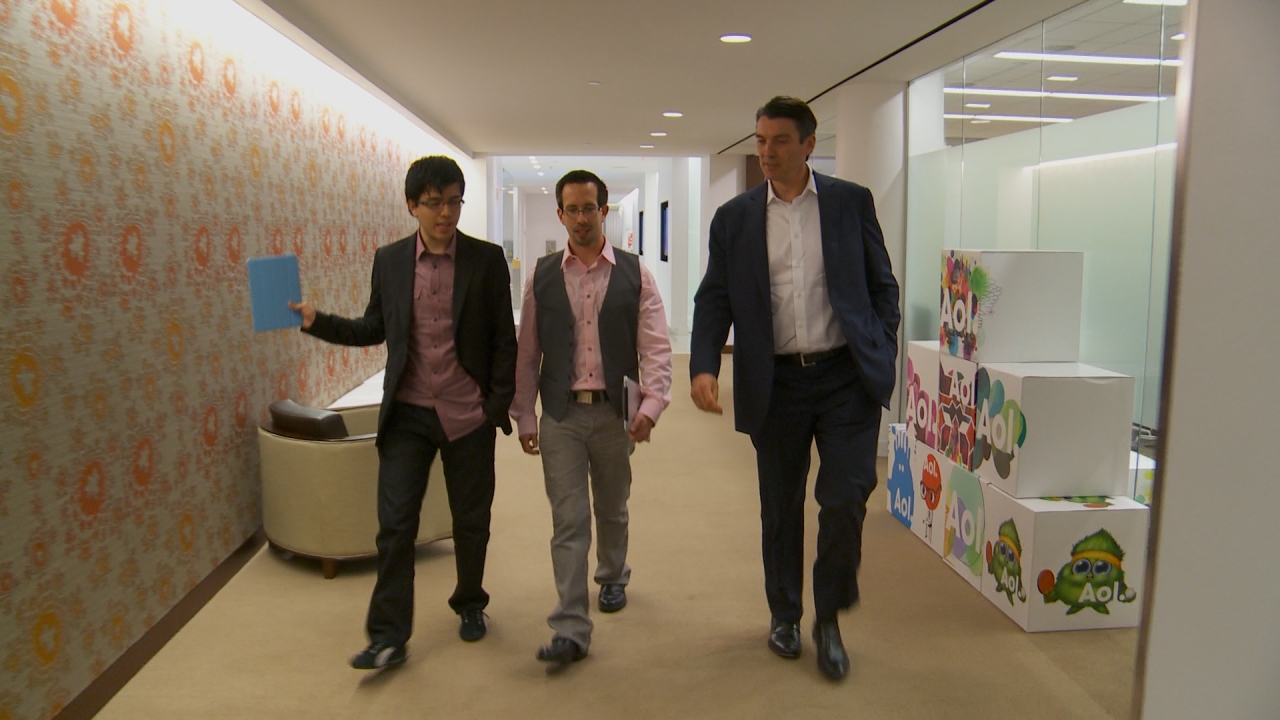 In April of this year, we introduced you to the 11 hottest companies in New York City’s inaugural TechStars program. During the 3 month-long program, Bloomberg videographers followed the entrepreneurs through long days, even longer nights fueled by 5-hour energy drinks, multiple pivots and one potential love story, all under the shepherding of Managing Director David Tisch. The footage is one part documentary, one part reality TV show and the first of 7 episodes is airing tonight at 9PM on Bloomberg TV.

“I am extremely excited to give viewers a chance to see inside of TechStars. We believe in being open and TechStars on Bloomberg provides a true insight into the early stages of a company, which is challenging to do. I think the show will do a great job documenting the ups and downs of startup life. And I’m embarrassed that my mother is going to hear my curse this much.”

Why should you watch? I won’t try to sell you on a group of 20-something computer nerds drinking red bull and pulling all nighters. But I will sell you on the fact that Sergey Brin and Larry Page were once 20-something computer nerds guzzling caffeine. And so was Mark Zuckerberg. And Bill Gates. And Steve Jobs. And what did they invent? The companies you rely on everyday: Google, Facebook, Microsoft, Apple and Pixar, respectively. Snooki and The Situation didn’t make Spotify. Remember it’s the computer nerds pulling all nighters that make the apps you love like Spotify, Evernote, Skype, Twitter, Tumblr and Runkeeper.

The 6 companies featured in this season: Immersive Labs (the future of display advertising), Onswipe (the future of tablet publishing), Shelby.tv (a wicked awesome way to watch videos on Twitter), Nestio (makes apartment hunting a breeze), Veri (who won’t let me write about them yet but they’re going to kill it in online education), and To Vie For (which has since shut down) might not look like the big wig companies you all know and love, but that’s the point. You don’t know about these companies yet. And that’s what’s so special about what Bloomberg TV has captured.

“The six-part series will culminate in a live, hour-long finale on October 18th, as Bloomberg Television tracks the first class of New York City-based TechStars entrepreneurs working around the clock from a Union Square loft. The program captures the long hours, the tension-filled meetings, creative energy and the breakthrough moments. Along the way, viewers will get to see companies undergo disruptive change and what it really takes to launch a hot new technology successfully,” writes TechStars.

Click here to find the local channel in your area.

Read next: This is exactly how I want multitasking to work on the iPad [Video]