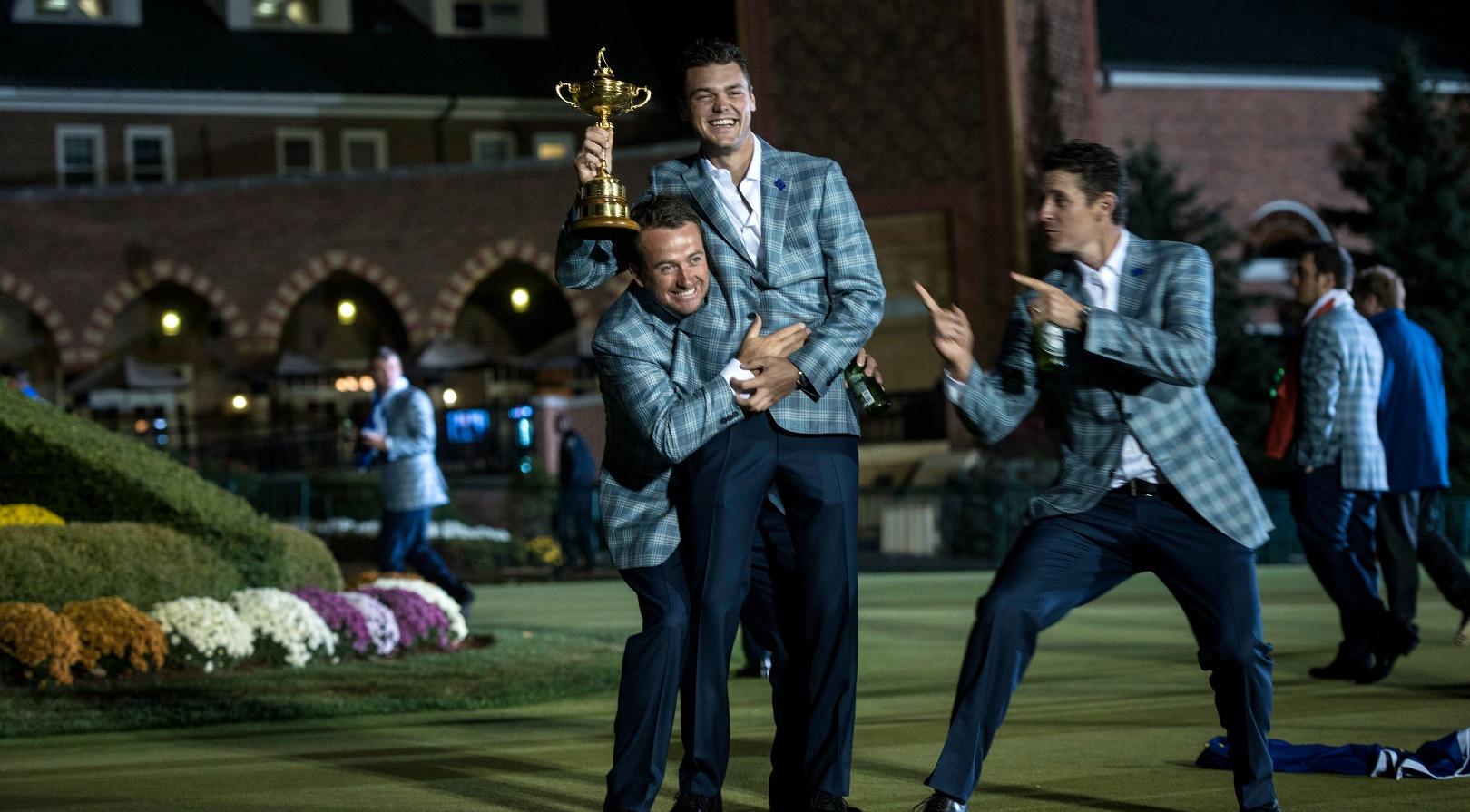 BSkyB’s online TV service hit record traffic last weekend as the US and Europe battled to reign supreme in the Ryder Cup.

Sky announced today that 700,000 golf fans followed the action live through Sky Go, a free service for those who subscribe to one of its TV packages.

In case you missed the action, Europe staged a seemingly unlikely comeback late in the game to eventually reach an historic 14½-13½ victory. A peak audience of more than 200,000 tuned in through Sky Go as the action reached fever pitch, though Sky hasn’t revealed a breakdown of the figures – it would be interesting to see whether people were watching on their tablets, smartphones or computers.

The UK satellite TV broadcaster launched Sky Go back in July 2011, after merging its existing Sky Player and Sky Mobile TV services. Initially it was only available on iOS in terms of mobile, though it finally hit Android earlier this year. The service is available on computers, mobile and games consoles.

Additionally, 174,000 Sky subscribers accessed coverage of the tournament through the red button on their Sky+HD box.

Sky has previously confirmed that it will broadcast the next three Ryder Cups, at Gleneagles in 2014, Minnesota in 2016 and Paris in 2018. By then, however, the sports TV landscape in the UK could be a very different proposition, with Sky’s pay-per-view Now TV still in its infancy.

BSkyB first announced Now TV in March, having initially alluded to the existence of such a service back in January. And at a launch event in London in July, Now TV was finally unveiled, arriving for Windows PCs, Macs and Android mobile devices (with limited device compatibility).

We’ve previously argued that Now TV could lead to many people giving up their main satellite subscription, in preference for an online offering that lets them watch the occasional movie or sporting event…such as the Ryder Cup. For now, the service is limited to movies only, costing from between 99p and £3.99, with a £15 pay-monthly Sky Movies Pass also being made available. Sky Sports and other channels will be added in due course, which could be a game-changer for sport in the UK.

Read next: Facebook and NASDAQ have IPO lawsuits consolidated and will be heard in New York