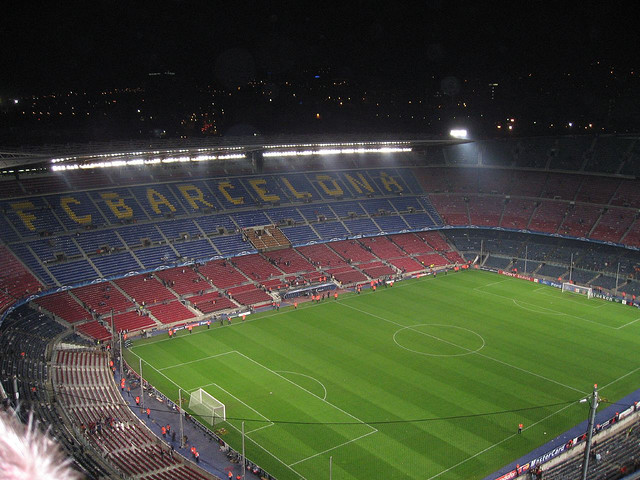 Sporting events draw a huge number of people to Twitter and a recent Champions League game was no exception, as a late goal from Fernando Torres helped Chelsea’s win against Barcelona on Tuesday become the most tweeted sporting event ever.

Twitter says that during the game, total global traffic on the platform peaked at 13,684 tweets per second, blasting past the record previously set by the Super Bowl — at 12,233 tweets per second — back in February.

With Chelsea down to 10 men and fighting to stay in the competition, Torres rounded the Barcelona keeper to score a late equaliser, prompting tweets of disbelief that the team had managed to beat one of the world’s best footballing teams without their full compliment of players.

In fact, Twitter says that the “conversation reached its high point immediately following Fernando Torres’ late goal, which tied the game and sealed Chelsea’s victory in the semi-final.”

However, the new sports record is some distance behind the worldwide record on Twitter, which saw 25,088 TPS during the broadcast of a popular anime movie in Japan.

Twitter’s own record was recently smashed by Chinese microblogging site Sina Weibo which recorded 32,312 messages per secord during the first minute after Chinese New Year, as the country celebrated the festivities online.