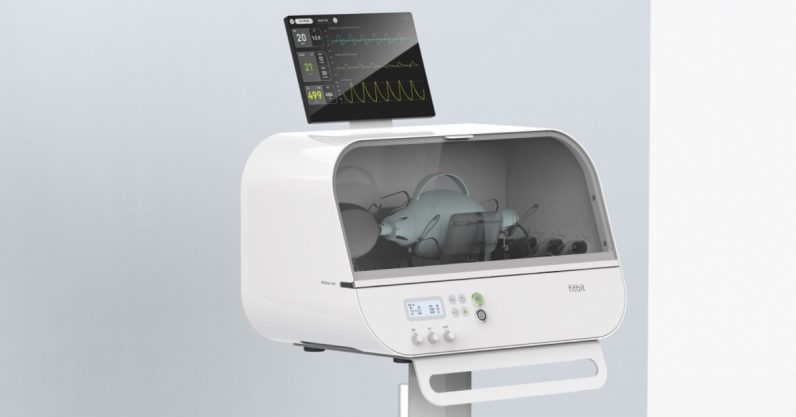 Fitbit this week revealed the Flow, an inexpensive ventilator the company developed for the express purpose of helping alleviate the need for such devices in the coronavirus pandemic. It can be used in hospitals, though not to replace traditional ventilators.

The Flow is designed around standard resuscitator bags used by paramedics, and is designed to be “simple to use,” according to Fitbit. It has a clear window on the side so healthcare workers can observe the bag pumping, and additional sensors for monitoring patients and control over the volume and pressure of the oxygen. It was granted FDA Emergency Use Authorization earlier this week. According to The Verge, the Flow would cost around $5,000. For reference, ventilators cost anywhere from $25,000 to $50,000 when New York Governor Andrew Cuomo attempted to purchase them in March.

It’s worth noting that the Flow isn’t a conventional ventilator, nor is it designed to replace one. According to FDA documents, the Flow is intended to be used “only when an FDA-cleared clinical ventilator is not available during the COVID-19 pandemic.” Even Fitbit admits that the point of the Flow is to act as a stopgap to help make up for a lack of said FDA-cleared ventilators, with Senior Staff Research Scientist Dr. Tony Faranesh saying:

We know from some conversations that physicians are already trying to work out the ethics in deciding who gets the ventilator and who doesn’t, due to shortage of supply. The goal here is to support life in the event that one’s not available until one might become available.

Fitbit isn’t the only company trying to help the situation by designing a ventilator. NASA and Dyson both swiftly developed their own ventilators, with the NASA prototype being given the same clearance the Flow now has back in April. It’s worth noting as well that the Emergency Use Authorization of this device doesn’t mean it could be used in conventional hospitals after the pandemic abates — it’d need further FDA testing and approval for that.

There’s some question about whether healthcare workers still need emergency ventilators as much as they did when the pandemic began, not to mention how much of a market is left for the Fitbit model now NASA’s model has been out over a month. Then again, the fear is that a second wave of patients is forthcoming, in which case the Fitbit Flow will definitely see more use. Besides, having it out there as an option can’t possibly hurt.