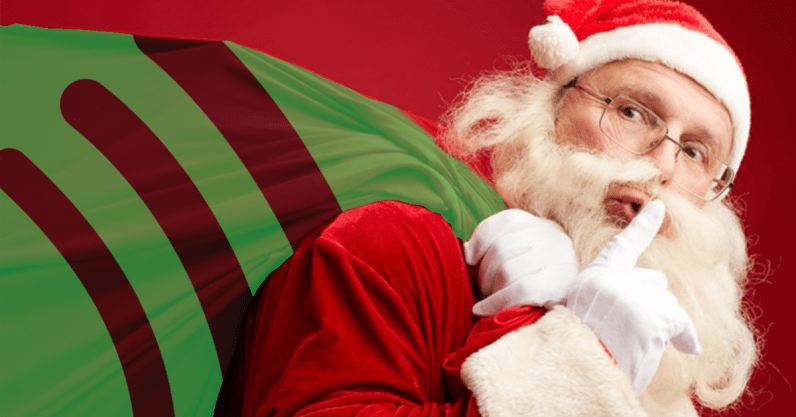 It’s the most wonderful (or irritating, your choice) time of the year! That’s right, Spotify has released its 2019 Wrapped list!

If you’re unaware of what this is, basically every year Spotify releases a customized breakdown of how you’ve spent your year on their platform. If, of course, you have a Premium subscription to the service.

Think this sounds like your thing? Then it probably is.

So, what exactly is Spotify‘s 2019 Wrapped? Well, it’s a web app (you can check it out here) that presents a range of stats about your listening habits over the past year.

How many countries you listened to music from:

And many more facts and figures, including your most listened to songs, genres, and the time you spent playing tracks on Spotify.

The company also puts together a worldwide overview of listening habits, which you can find here.

Some interesting facts from 2019 include:

There are a whole load of other interesting-ish facts, which you can explore in the link above.

Something that actually separates Spotify‘s 2019 Wrapped from previous years is, that this time, you get a breakdown of your activity over the entire decade too.

This includes a lot of similar stats to the yearly breakdown, but there are some interesting additions. For example, this comparison of how long you’ve spent listening to music on Spotify since you joined is cool:

Spotify‘s 2019 Wrapped also shows you the top artists and songs from each year:

As expected, there’s also a range of other information in this part of Spotify‘s 2019 Wrapped, including your overall artist of the decade (mine was Mutual Benefit, because I know you were dying for that knowledge).

The company also released a breakdown of its entire user base’s listening habits over the decade, something you can find here.

Some of the more interesting facts from that, include:

World, I wish I could say I didn’t judge you, but I do. I truly do.

I think a lot of how useful or interesting Spotify‘s Wrapped breakdown, depends entirely on your listening habits. If the streaming service is your main music driver, and you only use it to play tracks you’re actively listening to, it’s quite insightful.

But myself — and a lot of other people — either use Spotify in conjunction with other music services, and/or as a focusing tool.

For example, I still maintain a digital music library, so the majority of my active listening is done via files on my phone. Spotify, on the other hand, I use at work to drown out the noise of my bothersome co-workers (love you really) and to help me focus.

Generally, this means that my Spotify Wrapped is consistently skewed towards ambient or beat-based music, which isn’t really a representation of what I actually actively listen to.

But — and this is the big question — does that actually matter?

Spotify’s 2019 Wrapped is just a bit of fun presented in an engaging way, it’s a little something that helps us forget the endless drudgery of this terrible world.

So, thanks, Spotify. You’re okay with me.