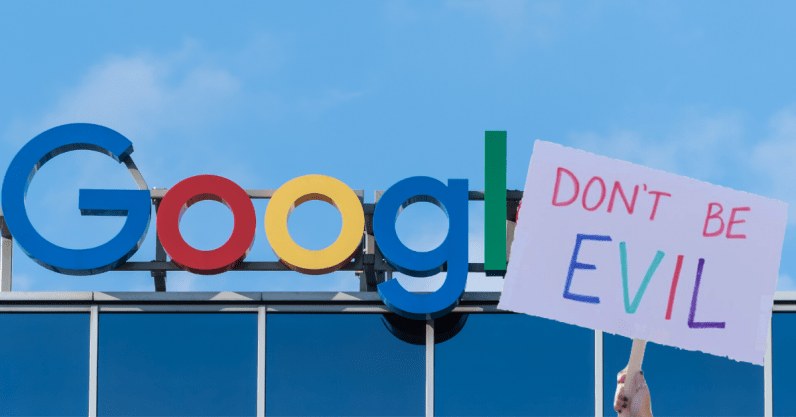 Google has found itself in yet another problematic situation with its own employees — from its board of directors at Alphabet launching an investigation into how the tech giant deals with sexual assault claims two weeks ago to at least 45 of its workers reporting abuse and harassment in an open letter two months ago.

Now, Googlers are planning a protest today outside its HQ offices in San Francisco over the suspension of two activist employees who were put on leave for — what some employees are arguing — speaking out against the company.

Earlier this month, Bloomberg first reported that Google had fired one employee and placed two others — Laurence Berland and Rebecca Rivers — on administrative leave for allegedly violating the company’s policy by accessing and sharing confidential documents. Google employees contested the company’s reasoning, saying Berland and Rivers had done so only because they were involved in various activism efforts within the company.

Rivers, who works at Google’s office in Colorado, helped launch a petition in August demanding Google stop bidding on contracts with ICE and Customers and Border Protection. Berland, who works at Google’s San Francisco office, was involved in various kinds of activist work such as petitioning to remove Google from the SF Pride parade earlier this year, and according to Google employees, was placed on leave without explanation.

“The company is claiming that it is for looking up calendars and documents, which is something we all do, but we know that it is punishment for speaking up for themselves and others,” Google employees wrote in a press release. “We are demanding that Google bring these workers back to work immediately.”

The employees statement also argued that suspending Rivers and Berland was “a brute force intimidation attempt to silence workers.”

“If Googlers will be placed on indefinite leave for merely accessing docs, we will similarly be much less able to effectively do our jobs,” Google employees wrote. “Even worse, without the ability to access docs, many of us would be unable to change teams, call attention to ethical concerns like Maven, or share in the massive job of maintaining the data of billions of users. This transparency is critical to our work, ourselves, and our users.”

Amidst the internal criticism at Google, the tech giant hired an anti-union consultant law firm to advise management on how to handle internal retaliation, as reported by The New York Times earlier this week.

Full-time Google employees, as well as temps and contractors — who have all recently lost permission to access internal documents — will attend the rally today at 11:00am (GMT). Also, both Rivers and Berland are set to speak at the event.

We’ve reached out to Google for comment and will update this story if we hear back.

Read next: What developers should know about iOS 13 before updating their apps