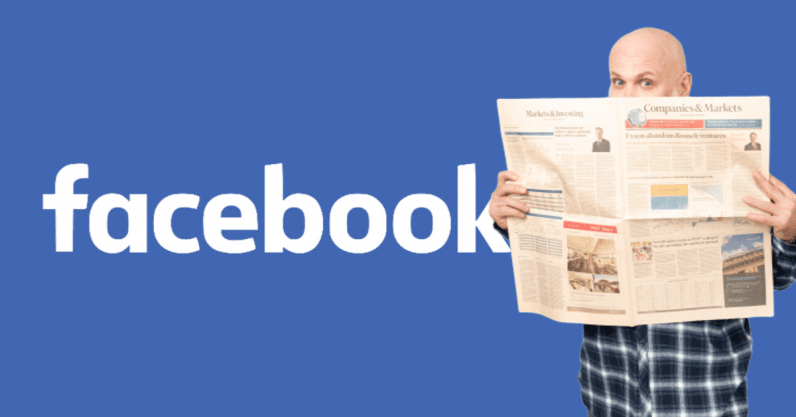 After Facebook’s data scandal, where approximately 50 million profiles were harvested for Cambridge Analytica, users vowed to leave the platform for good. Fast forward a year, and stats prove that people did actually flock from the social network — by the millions even.

But leaving Facebook isn’t just good for your privacy, you’ll probably feel better for it too. A study published this week in the journal “Experimental Economics,” found that people who spent a week away from Facebook consumed less news, and ultimately experienced greater well-being.

The study titled “The Economic Effects of Facebook,” studied 1,769 US undergraduates in 2017, who usually spent a total of 1.9 hours on the platform per day, of which they spent around 15 to 30 minutes consuming news.

The researchers surveyed each participants on the effects of taking time away from the tech giant, and randomly assigned them into two groups. The first group left the social network completely for a week while the second was not restricted at all.

The results found that the group that spent time away from Facebook consumed less news and were less likely to recognize politically-skewed news stories. They also showed fewer signs of becoming depressed. The researchers also suggest that “Facebook has significant effects on important aspects of life not directly related to building and supporting social networks.”

Is social media a trusted source for news?

Given the current climate of fake news and continuous updates about the end of the world, more people are opting to ignore the news completely. This year, Ofcom found that social media has grown in popularity as a news source, while more traditional forms of news media are becoming less popular, such as newspapers and broadcast.

What’s more surprising is the research from the study, ‘The Economic Effects of Facebook‘ found that the group that consumed less news from Facebook didn’t necessarily start looking for it elsewhere, and traditional news outlets didn’t fill that void.

Separately, more people in the US are consuming news on sites like Facebook, Twitter, and even from their favorite YouTubers. But a study published yesterday by the Pew Research Center that 62 percent of American adults believe social media sites have “too much control” over news, and 55 percent believe these companies have created a “worse mix” of news through algorithms and editorial decisions.

The survey, which gathered opinions from 5,107 Americans, also found that 51 percent believed inaccurate news is a “very big problem” on social media. The results are particularly worrying since people recognize the news found on their social feeds is probably down to an algorithmic decision — yet, almost three-in-ten American adults consume news from social media.

The fight against fake news is more crucial than ever — and we’re not just talking about clickbait articles. Reports have found that weaponized misinformation from political parties has become a global issue with at least 70 countries known to be using online propaganda to manipulate mass public opinion.

Social media sites have become an integral part of the modern world and simply deleting them for good isn’t always as easy as it seems, despite endless studies proving how mindlessly scrolling on Facebook has detrimental effects on your mental health. But as social media continues to take on more roles, such as becoming a news outlet, maybe it’s time we take a break.