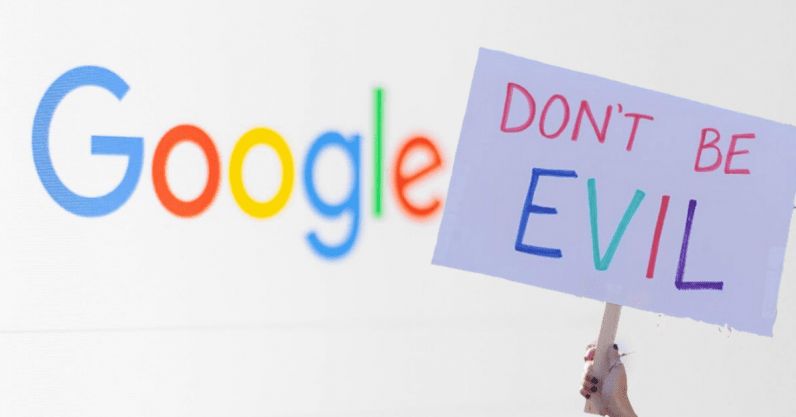 This coming November marks a year since thousands of Google employees and contractors from around the world — most of whom were mainly women — protested against the tech giant in a “Walkout” amid claims of its handling of sexual harassment allegations, gender-based discrimination, racism, and other issues in the workplace.

Earlier this month, Recode reported the existence of a document that details various Googlers’ experiences of working for Google — and more specifically, how they were retaliated against for reporting abuse. Until yesterday, the internal campaign wasn’t published in full but Motherboard obtained a version of it dated May 8 which includes 45 different Google employees alleging they’ve experienced various forms of harassment in the workplace.

According to Motherboard, the documented stories were collected after the Google Walkout organizers, Meredith Whittaker and Claire Stapleton, published an open letter about facing retaliation from Google management after speaking out about alleged abuse and harassment.

The document, titled “Retaliation Stories,” includes multiple allegations of racism in which one employee, who identifies as LatinX female, claimed she’s experienced “blatant racism and sexist things from my coworker.” After reporting the incidences to management, she claimed: “Nothing happened. I was warned that ‘things will get very serious if continued.’ I definitely felt the theme of ‘protect the man’ as we so often hear about. No one protected me, the victim. I thought Google was different.”

Another statement claimed: “I witnessed first-hand (and was told second-hand) of several situations where women were being belittled, insulted and ignored. As the person with the second-longest tenure on the team, I suggested in a few 1:1s that my manager [should] confront some of these issues. Because of my advocacy I was removed from my tech lead position and moved to another team along with the only woman left under my then-manager.”

Each story included in the document has its own title including “Denied promotion for pushing back,” “Ethics & Compliance aren’t always so ethical,” “I reported my abuser and found I wasn’t the first one,” and “I will think twice before speaking up next time.”

In response to this leaked internal document, Eileen Naughton, Google’s VP of People Operations, released a statement: “Reporting misconduct takes courage and we want to provide care and support to people who raise concerns. All instances of inappropriate conduct reported to us are investigated rigorously, and over the past year we have simplified how employees can raise concerns and provided more transparency into the investigations process at Google. We work to be extremely transparent about how we handle complaints and the action we take.“

Although Google has promised to resolve these allegations and make the process of reporting harassment and abuse easier, this document isn’t the first to highlight wrong-doings within the company. In August, two former Google employees wrote individual memos about being discriminated against for being black, and another for being pregnant.

Only time will tell if working conditions improve for Google employees. Although the issues raised in these documents shouldn’t be expected at any workplace, it’s yet another reminder that harassment and abuse does happen, even at corporate companies like Google, whose motto was once “don’t be evil.”

Read next: Japan doesn’t want to fight Facebook’s 'cryptocurrency' Libra on its own