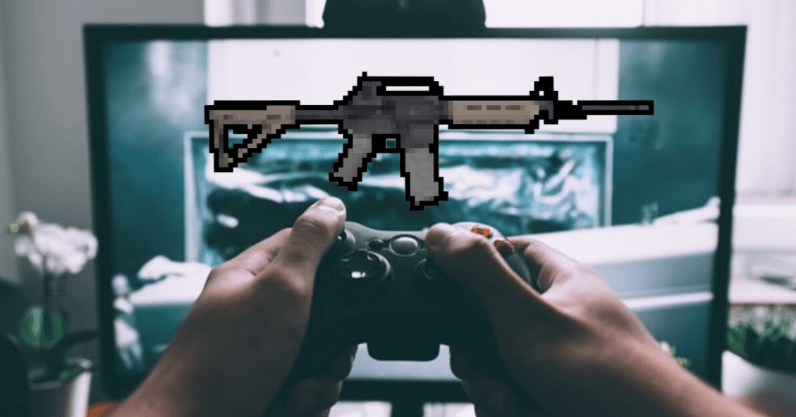 Since the first “violent” video game was created, there have been endless claims that video games lead to violent behavior in real life — despite study after study proving this theory wrong. The speculation is still prominent as last month, after multiple mass shootings in the US, President Trump blamed “the glorification of violence” in video games and the internet as the main causes of mass shootings — without mentioning guns.

However, a new report suggests this assumption is not only wrong, but also based on damaging stereotypes about race.

As first reported by MIT Technology Review and published in the journal “Psychology of Popular Media Culture,” the study was made up of two separate experiments. The first part had researchers analyze over 200,000 news articles about 204 mass shootings in America over the last four decades. It ultimately found that shooters of different races were illustrated by journalists in very different ways.

The second part of the study asked 169 college students — who were 88 percent white and 65 percent female — to read fabricated accounts of a shooting and explain what they believe had caused it. One of the fictional stories included a profile of an 18 year-old male shooter with an obsession with video games. Half the group were handed an image of an African-American male, and the other half were given an image of a white male.

The students then had to decide whether the shooter’s history of playing violent video games influenced his crime or the perpetrator’s crime was not linked to violent video games. Researchers found a “small but statistically significant difference” between the number of people who believed that video games were a playing factor in the account of the white shooter and those who said the same of the black shooter.

Talking to MIT, James Ivory, an author of the study, explained: “Both of these studies showed that… we see interest and discussion of video games of white perpetrators, but we are more comfortable looking at other explanations for other minority groups.”

The study makes it clear that racial discrimination influences how we perceive or attempt to understand violent crimes. What’s unclear still is why politicians fail to understand that games have nothing to do with it, and that access to guns and a lack of access to mental health support are more important to prioritize.

Read next: Here’s Your Shot at Winning a Samsung 65" QLED 4K Smart TV