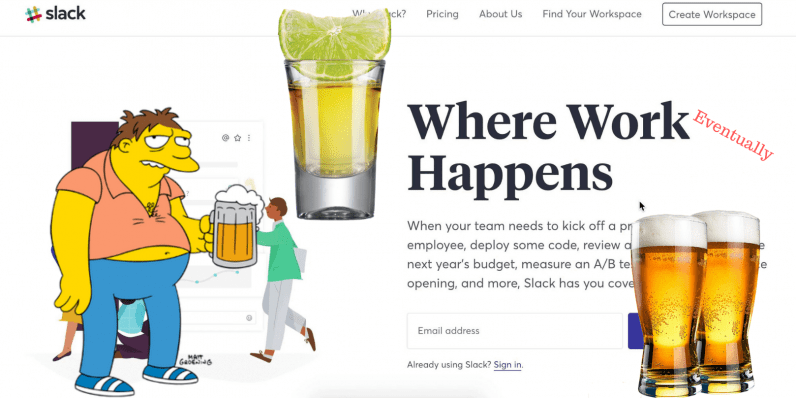 Users of Slack – including yours truly – are having issues with the popular workplace chat tool. In addition to messages failing to send, users are reporting issues in connecting and logging in to the platform.

Frustrated office bods and remote workers have taken to Twitter to bellyache about the disruption, although, at the time of writing, the Slack Status page is reporting all normal (albeit stating that they’re looking into an issue).

Waking up on the west coast to slack being down tbh makes me feel very isolated and alone.

#SlackDown is basically a weekly trending topic at this point

"some customers" = literally everyone

"degrading performance" = it's not working at all

"having troubling accessing their workspaces" = lol you can't even log in

"we'll let you know as soon as we have more news to share" = omg what's happening https://t.co/ycX3r9uMvZ

TNW’s reached out to Slack for comment, and to find out when service will resume to normal. That said, I’m not exactly champing at the bit to return to work. After all, being momentarily disconnected from the inane chirpings of one’s colleagues (love you Nino) isn’t exactly catastrophic.

And look outside! It’s beautiful and hot. It’s beer garden weather! Maybe it’s worth ditching work and going to the pub, where you can drink away the existential dread that we’re all doing  jobs that are fundamentally pointless in the grand celestial scheme of things, and we’re all living on a planet that’s facing a catastrophic ecological collapse within our lifetimes?

I know I will.

UPDATE: A representative from Slack speaketh:

‘Our teams are aware and are investigating the issue. For the latest updates please keep an eye on @slackstatus and status.slack.com’