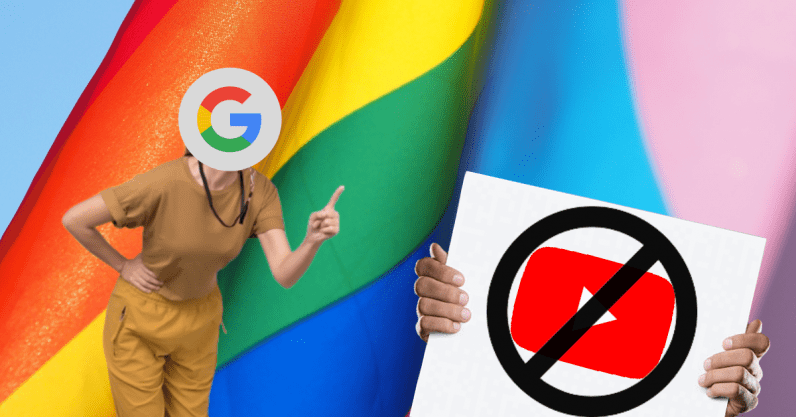 Google has warned its employees that those who plan to ride the company’s sponsored float will not be allowed to protest against YouTube‘s LGBTQ+ policy decisions.

The tech giant points out it would be in violation of the company’s code of conduct. However, employees are allowed to peacefully protest YouTube or Google in other parts of the Pride parade, just not in their capacity as employees. Google’s employees are not happy with this response.

Today, @Google told employees that while marching in the Google contingent in the @SFPride parade any protest against @YouTube‘s current policies,interpretation of policies,and so forth would be considered a violation of Googles Communications policy #NoPrideInYT @EthicalGooglers

Google’s stern stance on its employees’ protesting was confirmed by a leaked internal memo, according to The Verge.

Google’s LGBTQ+ employee community, the Gayglers, had been petitioning to remove the company’s sponsored float from this weekend’s parade, arguing YouTube did not do enough to protect the LGBTQ+ community.

What are Google’s employees protesting?

The protests come after Vox host Carlos Maza tweeted a thread exposing several instances where right-wing YouTube commentator Steven Crowder made homophobic and racist comments about him on YouTube.

In response to this, YouTube conducted an investigation, and said Crowder did not violate any of the video-steaming’s policies.

Since I started working at Vox, Steven Crowder has been making video after video “debunking” Strikethrough. Every single video has included repeated, overt attacks on my sexual orientation and ethnicity. Here’s a sample: pic.twitter.com/UReCcQ2Elj

Soon after YouTube denied that Crowder’s content had gone against its policies, a small group of Google employees organized a demonstration last week, during the annual shareholder meeting of its parent company, Alphabet Inc.

Internally, Google’s employees have expressed their anger and frustration towards YouTube’s harassment policies and its decisions.

For now, it remains unclear how or if Google plans to punish its employees who protest while representing the tech giant. But Google’s decision to disallow its employees to freely protest may violate federal labor law protecting workplace activism.

Although it’s a standard and rational decision for Google to remove itself from political arguments, it does feel somewhat paradoxical. This comes during Pride month, a time when the company has embraced the LGBTQ+ cause by changing YouTube’s Twitter avatar photo to one showing the rainbow flag. Google also sponsored a float for the Pride parade.

It begs the question if brands should ever show their support for causes including Pride, when in reality, it isn’t always as authentic as we’d hope — at least not when it reflects badly on their bottom line.