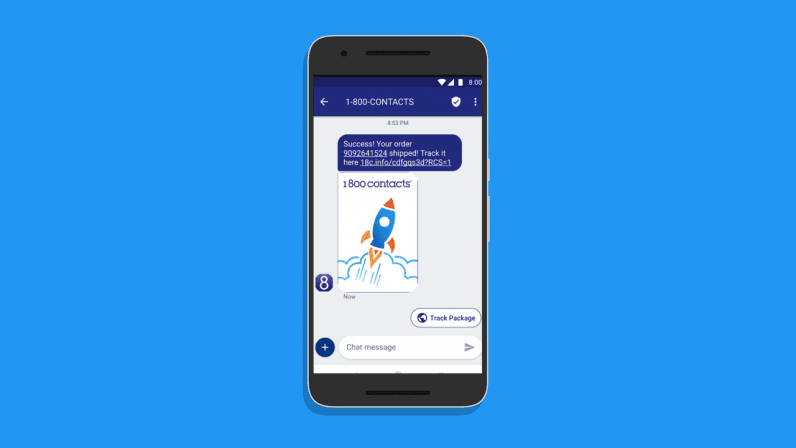 Almost two years after showing off the first glimpse of  its Rich Communication Services (RCS), Google is rolling it out without waiting for carrier support. The Verge today reported that Android users in the UK and France will be able to use RCS by the end of this month.

But, how will it change your life? First, an introduction to RCS.

Think of RCS as SMS on steroids. It gives you the ability to send large texts without any character limit, create groups, send content, and share live location. In short, it’s Google’s attempt to make an iMessage rival for Android.

For the standard’s implementation, the GSM Association, a governing body of mobile networks around the world, has created a universal profile, that helps set rules to enable RCS  for consumers. A total of 55 networks, 11 phone makers, and two operating system providers have agreed to protocols described in the universal profile to support RCS.

Since the universal profile is interoperable, any of the parties (carriers, OEMs, or OS providers) can enable RCS services. But carriers around the world have been lazy to roll it out. Now, Google is taking the matter in its own hands to roll it out in the UK and France.

As The Verge notes, users in these countries will see a prompt to upgrade to RCS Chat when they open their default Android messaging app. A ‘Chat‘ label will appear in the app when you’re communicating with someone who’s also using RCS; if not the app will fall back on SMS standards.

If you opt to use RCS, you should note that the service doesn’t support end-to-end encryption. That means your service provider (Google or carrier) or the government can read your messages without any kind of special permission.

However, Sanaz Ahari, product management director for Android messages at Google, told The Verge that the team is working on solving that problem.

We fundamentally believe that communication, especially messaging, is highly personal and users have a right to privacy for their communications. And we’re fully committed to finding a solution for our users.

Also, there’s no central database for RCS messages, so if you switch devices, your chat won’t be synced.

Google’s hoping that it can solve these problems along with other RCS partners. The new rollout won’t replace SMS in any way, but its at least a start to the RCS story.