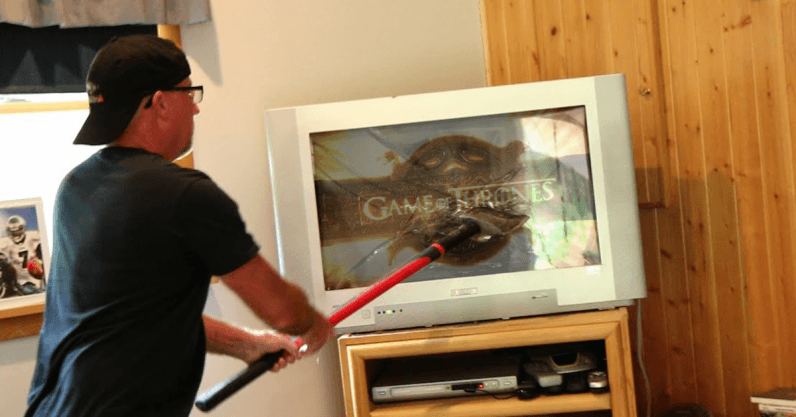 BEWARE! If you haven’t finished Game of Thrones yet, there might be some spoilers in here. Don’t say we didn’t warn you.

Been on the internet recently? Then you’ll be aware that the eighth and final season of Game of Thrones is all wrapped up. And you know who was happy with how one of the most popular and expensive series ever created ended? If social media is to be believed, no one.

You might think HBO – the network that created the show – would be happy, but you’d be wrong. Yeah, the entire world is talking about the series, but it looks like a whole load of people are about to cancel their HBO subscription now Game of Thrones is over.

Well, that’s if this Google Trends result on the number of people searching “cancel HBO subscription” is to be believed:

Those three spikes you can see coincide with the finales of season five, seven, and eight of Game of Thrones respectively. The last series in particular seems to have fired people up and got them all ready to bin HBO.

There is one pressing question though: why’s there no spike for season six? The last episode of that season aired in June of 2016, an area on the graph lacking a clear spike. Maybe people really liked that season and couldn’t wait to see what happened next?

Of course, it’s important to remember the data from Google Trends is comparative. In other words, it means there’s been an increase in the relative frequency of these searches – we still have no indication on precisely how many people are looking to cancel HBO.

Should the network be worried? Probably not. But it is an interesting indication on how many people subscribe to HBO solely for Game of Thrones. Or maybe just how many people were pissed off with the ending and wanted to rage quit.

Yeah, on second thought, that sounds about right.

Read next: Game of Thrones’ Bronn becomes Master of VeganCoin cryptocurrency (we shit you not)