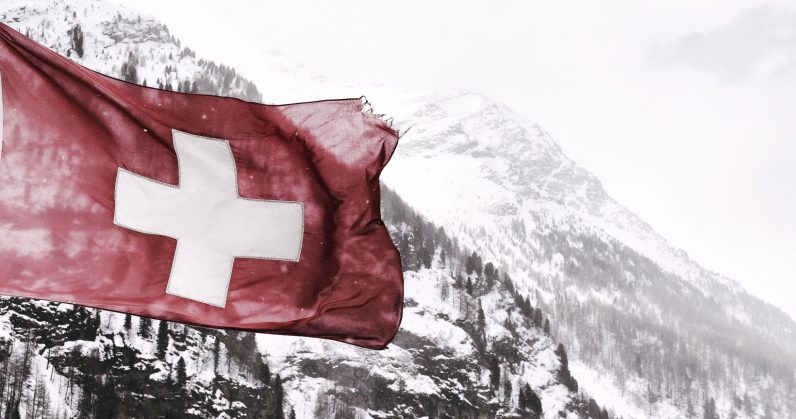 Switzerland is a country best known for having a high standard of living, stunning alpine vistas, and a banking industry that defies scrutiny. But from tomorrow, it’ll also be known as the first European country to have a commercially-available 5G smartphone service.

On May 1, OPPO will launch the 5G version of its Reno handset in the country, available exclusively on the country’s biggest network, Swisscom. This is, in effect, Europe’s first commercially available 5G smartphone.

Prices for the Reno 5G will start from CHF 999 (roughly $980). That’s more than double the cost of the 4G OPPO Reno handset, which retails for €499 across Europe.

I’d also add that CHF 999 is also a tiny bit more expensive than the previously quoted cost for the device, which was €899. You can, however, forgive that when you consider the fact that Switzerland has an eye-watering cost of living. As of this year, Zurich and Geneva are ranked as the fourth and fifth most expensive cities in the world.

So, it’s not cheap. The good news is that the 5G version of the Xiaomi Mi Mix 3 will launch in the country on May 2. This represents Xiaomi’s first 5G handset, and will be tied to Swisscom’s biggest domestic rival, Sunrise. It’s also slightly cheaper than the Oppo Reno 5G, retailing at CHF 847 ($830).

Unsurprisingly, there’s also an offering from Huawei. Given it’s building much of the infrastructure, it make sense the company has a phone to accompany it. The Huawei Mate 20 X will land on Sunrise’s shelves on May 2, with a ticket price of CHF 997 ($978).

Its interesting to note that all of the 5G phones launching this week in Switzerland come from Chinese manufacturers. South Korea’s finest aren’t too far behind, however. Samsung is expected to launch the Galaxy S10+ 5G imminently, along with LG, which introduced the V50 ThinQ 5G in South Korea on April 19.

Anyone who buys one of these phones isn’t guaranteed to enjoy a blazing-fast 5G signal. However, it’s worth setting some expectations. It’s early days for 5G, and as you’d expect, service is extremely patchy, regardless of what provider you choose

Although both Swisscom and Sunrise (as well as rival firm Salt Mobile, which was previously known as Orange) are heavily investing in 5G infrastructure, there’s still a long way to go before they accomplish national coverage.

Swisscom offers partial 5G service in the big cities of Geneva, Zurich, Basel, and Bern, where much of the country’s service-based economy is located . It’s also taking pains to ensure that smaller towns, like Meyrin, Nyon, and St. Gallen, aren’t left behind. These smaller municipalities already have comprehensive 5G coverage.

Switzerland and 5G: a match made in heaven

Switzerland isn’t best known as a tech-savvy nation, but in many respects, it’s the ideal launchpad for 5G technology. Take this as someone who lived there for a bit in my early twenties, understands French (one of the country’s four national languages, alongside German, Italian, and Romansch), and visits the country on a regular basis.

While that’s not exactly good for property prices, it does come with its own advantages, as it means that Switzerland’s phone networks can cover a large proportion of the population cheaply and quickly.

That’s probably for the best, as the diversity found in Switzerland’s economy and geography make the provision of 5G nothing short of essential, especially if it hopes to remain competitive in the years to come.

At one end of the spectrum, there’s cities like Geneva and Zurich, which are heavily reliant on the financial services and tourism industries. From making deals to networking with clients, the ability to work remotely at speed is a huge advantage in both spheres.

At the other end, there are rural areas which are often left behind by ISPs and phone networks, but still need fast network access to manage their businesses. It’s easy to forget, but much of Switzerland is rural. The country produces almost 70 percent of its domestic food consumption. Agriculture is therefore a crucial part of the Swiss economy.

A farmer tending cattle in the Jura canton could use a 5G connection to place orders, contact suppliers, or use the services of a telemedicine veterinary provider. And this would likely be cheaper and faster than a standard cable or ADSL connection (if, indeed, one is available).

At first, 5G will be expensive, as network providers try to recoup their investment. It’s therefore a stroke of good fortune that Switzerland is relatively affluent, especially compared to the rest of Europe. A McDonald’s cashier in Zurich, for example, earns between CHF 3,400 ($3,330) and CHF 4,000 ($3,925) each month before tax. Someone working in a skilled industry, like IT and or Finance, will earn a lot more.

I don’t want to paint Swiss people as profligate spenders, but by-and-large, people are better positioned to afford luxuries. And yes, 5G is a luxury.

The basic 5G data subscription offered by Swisscom costs CHF 80 (about $78), or  CHF 60 if you qualify for a discount. Although this includes unlimited data, calls, and texts, it’s still more expensive than some packages offered by rival low-cost providers, like Lebara and Lycamobile, who tout all-you-can-eat connections for a fraction of the price.

And then, finally, there’s the politics. Switzerland is known for its enduring stance of neutrality. Throughout its modern history, its foreign policy has been centered on the fundamental principle that military conflict should be avoided at all costs.

Switzerland didn’t take part in WW2, even as Axis troops surrounded its borders on all sides. Neither was the country party to the Vietnam or Iraq wars. Its sole military deployment since 1815 was a token contingent of peacekeepers to Afghanistan, which it withdrew after just a few years.

You can call it pacifism, or even isolationism. I just call it being Swiss. And this tendency runs deeper than most people realize.

Switzerland is not a member of NATO or the European Union, and only joined the United Nations in 2002 after decades of national soul-searching and debate, and a referendum that was unbelievably close.

To this day, one of the country’s biggest political parties, the Swiss People’s Party, has a manifesto pledge to prevent the country from joining the UN Security Council, as it feels it would undermine the country’s long-standing tradition of neutrality.

Why does this matter? Because it means the national psyche isn’t one of paranoia.

Switzerland isn’t afraid of much. It’s comfortable with its place in the world and doesn’t really have any enemies (although the late Colonel Gaddafi certainly came close when, in 2009, he suggested Switzerland be broken up and divided between Germany, France, and Italy).

Can you imagine if Red Dawn was set in Switzerland? It’d probably be about Russia invading France, told from the perspective of a bored Swiss farmer who casually watches the paratroops descend from his side of the border, while he smokes a Gitanes and enjoys a nice glass of pinot noir that was grown in his neighbor’s vineyard. It’d be the most chilled-out action film… ever?

This has, in a weird way, meant that Switzerland’s been able to adopt Chinese-made 5G tech without provoking the embarrassing Cold War-era moral panic currently taking place in the United States and UK.

Sunrise, one of the country’s biggest and most important phone providers, is using Huawei’s equipment in its 5G network. Broadly speaking, nobody cares. It’s just a piece of boring technology acquired from a vendor.

The sole barrier to 5G in Switzerland

The biggest controversy surrounding 5G in Switzerland is centered around health.

As we’ve seen with other wireless technologies in the past, like Wi-Fi and 4G, there’s a belief in some quarters that 5G could have a malign effect on people’s health. Some even think it could cause people to develop life-threatening cancers.

Switzerland’s small size, combined with its federal government split between 26 cantons and a powerful tradition of direct democracy, means that ordinary citizens can effectively lobby their government and create change. In this case, activists are using the sheer force of people power to frustrate the roll out of 5G technology.

The biggest coup comes from the canton of Vaud, on the French side of the country, where residents have managed to convince their cantonal government to suspend the issuance of permits for 5G transmitters until the federal government concludes a comprehensive study into the health impacts of the technology.

For anyone who skipped the past few sections, Switzerland might seem like a weird place for Europe’s first large-scale commercial 5G network. Why isn’t it in London, with the famed Silicon Roundabout? Or perhaps in Berlin or Paris?

Why Switzerland? Stuffy, conservative, boring Switzerland, with its banks and cows and nuclear bunkers (yes, bunkers)? And did I mention the emergency stockpile of coffee it maintains?

Switzerland’s got the whole package. It’s dense, small, and affluent. There’s an obvious commercial need for 5G technology from pretty much all sectors of the economy. Crucially, it doesn’t fear China like other Western countries do, allowing it to cheaply and easily acquire base station gear without much controversy.

Obviously, other countries will follow Switzerland’s path in the months to come, launching their own commercial 5G services. However, none will come close to beating the Helvetic Confederation in terms of sheer speed.