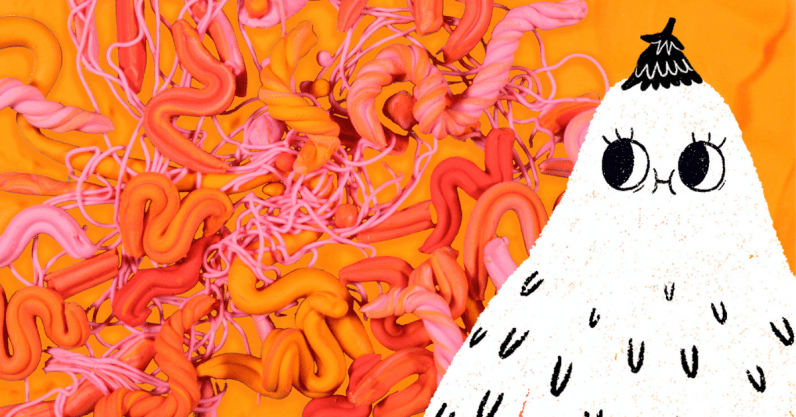 More or less everyone knows what a penis looks like. You’ve probably come across a dick-shaped sex toy, seen many a penis doodling on school books, or you’ve witnessed one in the flesh. But not many people actually know what a clitoris looks like — and as a result, many women around the world are left unsatisfied by their sexual partners.

Hoping to close the orgasm gap, Clit-me, a new interactive mobile game, takes a light-hearted approach to demystifying female pleasure. The game aims to debunk a number of myths surrounding women’s pleasure by giving users the opportunity to try out different motion “techniques” on their smartphones in an attempt to find out what makes their clitoris avatar happy.

Created earlier this month by the National Film Board of Canada, the five-minute game takes an informative approach to female sexual satisfaction and the role of the clitoris. The game was developed with eight students from the Université du Québec à Montréal (UQAM) after they came across the “orgasm gap.”

Using a range of deft maneuvers with your finger on the screen, your aim is to “satisfy” the clit-avatar to unlock facts and statistics on female pleasure. There’s five levels and the game tactically (and hopefully) ends with an orgasm — which doesn’t reflect the reality of most women’s sexual experiences.

According to Clit-me’s findings, when first having sex with a new partner, 62 percent of heterosexual women will reach orgasm, compared to 85 percent of men. On the other hand, lesbian women reach orgasm 75 percent of the time.

One of the reasons the orgasm gap looms over so many women is because not many people know about the clit and what it’s for. The sexual organ wasn’t “discovered” until 1559, and since then it’s become somewhat of a mysterious and taboo-ridden organ. Technology has been equally slow in acknowledging the clit — it was only in 2015 that the first 3-D model of the clitoris appeared.

While a five minute game won’t completely get rid of taboos surrounding female sexual pleasure, Clit-me has created an approachable way to raise awareness about the orgasm gap where education has failed. You can play this game on mobile by visiting Clit-me’s site.

Read next: CHEAP: Hurry and get $70 off a fancy pants Bose smart speaker