In the 15 years he’s been teaching, high school literature teacher Jude Mirambeau has never faced a school year like the past one. In March, as the COVID-19 pandemic spread, his state of Florida, which is home to some of the largest school districts in the nation, shuttered its schools in an attempt to slow infections.

Teachers shifted to “distance learning.” Mirambeau’s district, the Broward County school district, which has about 270,000 students, loaned out tens of thousands of computers to help get students access.

He moved his lessons online, using educational software to assign his students work about Arthur Miller’s “The Crucible,” and did his best to stay in contact and field questions—but it was hard.

“I can’t see the student in front of me. I can’t provide accommodations for those who are disabled. I can’t help those who are English-language learners,” said Mirambeau, who teaches 11th-graders at McArthur High School in Hollywood, Fla.

Mirambeau and his colleagues at the school, where over 70% of the student body is considered economically disadvantaged, started noticing a problem: Some students weren’t participating in online learning.

Some students suffered technical problems with their issued laptops, Mireambeau said. For others, this was the first computer in their homes, so they shared it with family members. And there were kids who never signed on to the learning software at all.

But teachers in other parts of the county told him they weren’t having the same issues.

Online learning data obtained by The Markup backs up Mirambeau’s observations. The Markup analyzed data from hundreds of Broward County schools from a two-week period in April: overwhelmingly, The Markup found, schools in Broward County with higher percentages of minority and/or low-income students and schools already struggling with academic achievement fared the worst as classes moved online. In many cases, whiter, wealthier schools with higher achievement scores actually improved attendance after the switch.

Attendance at McArthur High, for example, dipped to 88.2% during two weeks of distance learning in April, from an average of 91.7% last school year.

Meanwhile, Cypress Bay High School, a low-poverty school in a western suburb in Broward County, saw its attendance remain relatively stable — 95.4% compared to an average of 95.7% in the previous school year.

While attendance says little about how much kids are actually learning in school, it is a basic indicator of engagement — and in this case, it shows how already disadvantaged kids in the nation’s sixth largest school district didn’t, or couldn’t, switch to remote classes. The effects, for both Florida and the United States as a whole, could be severe: Kids from poorer schools are in danger of falling even farther behind their peers, and graduation rates might dip, setting the stage for an education and achievement gap for a whole generation.

“Look, what we’re going to see, we know, from all the data, that children who are already academically behind are going to experience the greater learning losses,” says Maria Scruggs, who, as head of the St. Petersburg branch of the NAACP, raised concerns with Pinella County school officials about learning gaps back in April.

The NAACP in Florida in recent years has focused heavily on educational inequities in the state, which were already significant before the pandemic. A branch of the organization is running a tutoring program for kids adjusting to online learning.

Scruggs has since left her post to run for a seat on the county commission. She questioned whether enough is being done to keep students, particularly low-income students who might not have the same access to computers and tutors, tuned in to instruction.

“We know that our children are going to have suffered learning losses,” she said. “We know that.”

With school starting again this month, she said, it’s not clear Florida districts will be able to improve engagement for low-income students.

In contrast to many districts around the country, most of which stopped taking attendance after the switch to distance learning, Florida tracked log-in and digital participation rates during the pandemic. The exact units of measurement varied, but generally, districts tallied the percentage of students who interacted with e-learning software during the school week.

The Markup asked the 10 largest counties in the state for the data and obtained usably detailed participation and attendance statistics from more than 800 schools in three districts—Broward, Miami-Dade, and Hillsborough — through public records requests. Broward provided the most detailed data and was the only district to provide daily attendance and enrollment counts for each school.

We compared the average remote attendance for each school in Broward County to attendance rates during the previous school year. We also looked at each school’s demographic information and the letter grades Florida gives to schools in evaluating academic achievement.

The Markup’s analysis found that, overwhelmingly, those already struggling schools fared the worst, seeing the largest drops in attendance after the switch to online learning.

Schools that were already on improvement plans because of low academic achievement had the biggest drops.

And alternative schools—which in Florida are places where students with behavioral or academic problems might be sent—consistently showed the lowest participation rates.

One alternative school, Dave Thomas Education Center, lost 42 students over the course of two weeks, according to enrollment numbers—the equivalent of 7.6% of the original student body.

In an interview, Daniel Gohl, Broward County’s chief academic officer, did not dispute The Markup’s analysis but said the county’s own data did not find a significant correlation between a school’s historical academic achievement and online participation. The county did not share or detail its analysis.

Gohl did say that alternative schools, where students may have a unique disability or behavioral issues, presented new challenges during the switch to remote learning and that there was a notable link between those schools and lower attendance.

Schools in other parts of the state also showed stark disparities

Every single one of the 2,414 students at Sickles High School in Tampa participated in schooling during the week of April 10, according to the district’s count. But just six miles away, at Gaither High School, which has a lower student achievement grade and where the rate of economically disadvantaged students is about 20 points higher, the situation was very different. That week at Gaither, 922 students never interacted with the distance learning system — 45% of the entire student body.

“We leveraged teachers, administrators, school counselors, social workers, and school psychologists to reach out to students who had not engaged in eLearning,” Tanya Arja, a spokesperson for Hillsborough County Public Schools, said in an emailed statement to The Markup. The district also lent 40,000 laptops to families and provided about 1,500 Wi-Fi hotspots to give students internet access.

In Miami-Dade County, some days only half the kids at some schools were counted for remote learning in April —while other schools saw 100% attendance.

On average, in Miami-Dade County, according to data analyzed by The Markup, high-poverty schools showed a nearly 10% drop in attendance, while the wealthiest schools experienced a less than one percent drop.

A spokesperson for the Miami-Dade County school district, Natalia Zea, said in an emailed statement that the district tracked statistics on subgroups of students, including English-language learners and the “economically disadvantaged.”

Zea said “student attendance by subgroup within the district as a whole was similar to that of students overall” but that “additional analysis on the performance of students within subgroups has not been completed.”

Marie Generazio of Coral Springs, Fla., has two children in Broward County public schools. One will be heading into fourth grade in the fall, and the other into first. Generazio, meanwhile, has been taking online college classes to become a paralegal. She’s been taking care of her kids and occasionally letting them use her computer if their school-issued laptops aren’t working.

“You have two kids here that you have to play teacher for,” she said.

Phyllis Jordan, editorial director at FutureEd, an education think tank at George Washington University, said lots of families are having a similar experience.

Students may not have the equipment at home to log in to class, she said, or their parents might be essential workers, unable to watch them during the day to ensure they sign in for school.

It’s often “the same populations” of students who had trouble before the pandemic hit, she said, frequently those from lower-income families. The pandemic didn’t create educational gaps, she said, but “it definitely has exacerbated the problem.”

And those gaps are becoming even harder to measure. Broward County’s detailed records are an exception, not the norm, nationwide.

“If we’re not tracking their attendance,” superintendent of the Broward County school district Robert Runcie recently told Reuters, “then in some ways, we are neglecting our responsibility to make sure those kids are safe.” He told the publication that the district had sent Wi-Fi hot spots to some students after noticing they hadn’t logged in to the system.

In June, state officials presented a plan for schools to re-open with in-person instruction in the fall, citing both ongoing achievement gaps in education and damage to the wider economy, according to the Tampa Bay Times. They’ve since given leeway for schools to begin the year with remote instruction.

“Getting back to the school year is going to be really, really important to the well-being of our kids,” the governor said, according to the outlet. Broward County is set to resume online classes this month.

In response to the state’s push for schools to resume in-person learning, the Florida Education Association, a statewide federation of teachers’ and education workers’ unions, has filed a lawsuit asking a judge to block the return of in-person schooling until additional protective measures are put in place. The NAACP also joined the suit, saying as difficult as online learning is, schools should open only once it’s safe.

However Florida schools reopen this month, in an attempt to contain the immediate economic fallout of low attendance due to remote learning or pandemic-related factors, the state has also temporarily untethered funding from attendance for the year and is instead relying on projections from past attendance. Other states have taken similar measures.

With distance learning staying around for the foreseeable future, districts need to make sure students aren’t left behind, said Hedy Chang, director of Attendance Works, a group dedicated to improving attendance.

“You have redefined, ‘What is school?’ ” Chang said. “And what having equitable access to learning resources looks like.” 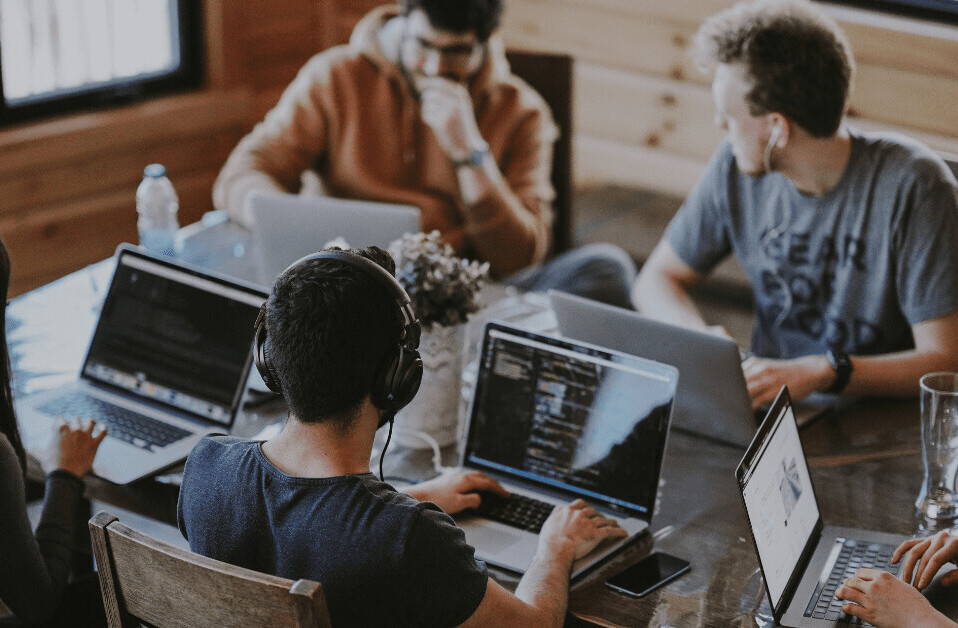 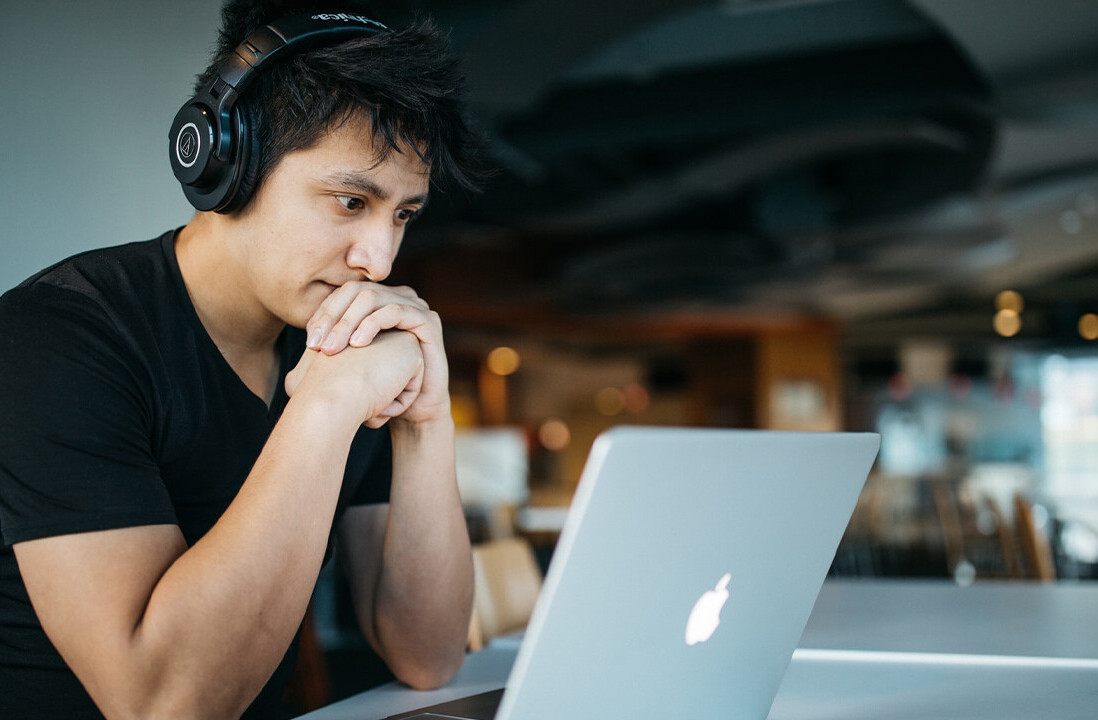