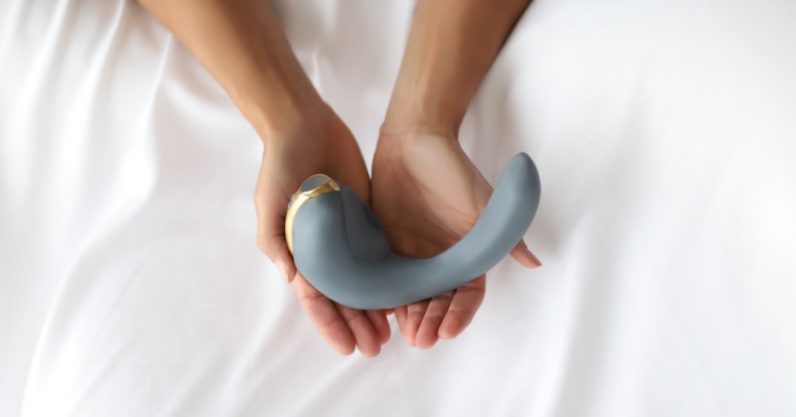 The Consumer Electronics Show (CES) in Las Vegas is currently showing off the biggest new innovations in tech — but apparently draws the line this year at a particular instrument of pleasure.

The Osé massager, created by a company called Lora DiCarlo, purports to be able to give a hands-free blended orgasm through the use of microrobotics designed to mimic the movements of a human partner. Even those of you who currently have a death grip on your pearls have to admit its a fascinating use of robotics, and I’m sure there’s at least one of you leaning closer to your screen with a hand on your chin saying, “tell me more.”

The Osé was up for, and apparently granted, a CES Innovation Award in the robotics category. Yet CES didn’t allow the company to keep the award, despite it presumably going through whatever pre-award vetting process is in place. According to Lora DiCarlo, a month after the award was given, it received a message saying the award was being withdrawn and the company wouldn’t be allowed to exhibit at CES.

The company says the Consumer Technology Association (CTA), the organization behind CES, cited a certain rule saying “Entries deemed by CTA in their sole discretion to be immoral, obscene, indecent, profane or not in keeping with CTA’s image will be disqualified.”

“Immoral?” “Obscene?” Speaking in my capacity as a red-blooded woman, I feel mildly insulted. But even disregarding that, it seems a bit inconsistent with CES‘s past (and current) relationship with sex toys and similar products.

When we reached out to the CTA, we were told: “The product does not fit into any of our existing product categories and should not have been accepted for the Innovation Awards Program. CTA has communicated this position to Lora DiCarlo. We have apologized to the company for our mistake.” But this is far from the first sex toy or instrument of pleasure shown on the floor at CES, meaning the protestation rings just a bit hollow.

Lora DiCarlo CEO Lora Haddock claimed this was part of a larger underlying issue with CES and its attitude towards female-based products and companies, pointing out the show regularly hosts sessions of VR pornography which male attendees can make use of in public. She asks, in an open letter to the CTA, “Why is CES threatened by empowered women and the products that empower them?”

We’ve reached out to Lora DiCarlo for more information and will update this story if we receive comment.

CES Gave A Sex Toy An Award, And Then Disqualified It…Because It’s A Sex Toy on Buzzfeed News

Read next: Dell's new XPS 13 puts the webcam above the screen, and all is right with the world