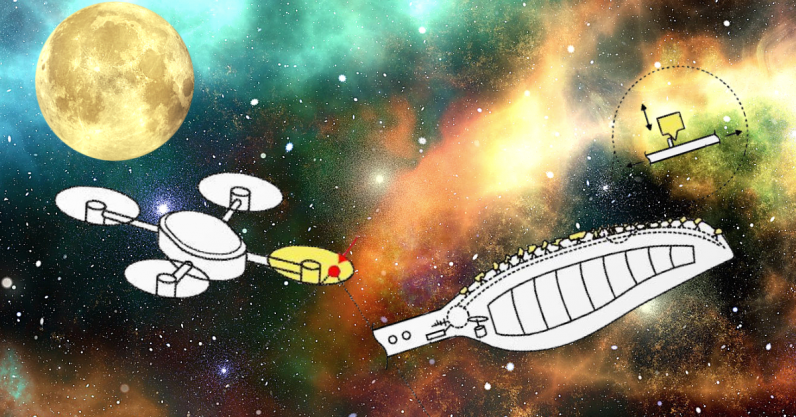 Ugh, the Gregorian calendar is so boring. That’s why we’re disrupting monthly series with a lunar cycle-based series about the best patents of the last synodic month, picked by the PatentYogi team. Get ready when that moon gets gibbous, y’all. This November-ish roundup lands on the beautiful Beaver Moon!

Since my last post, the US patent office issued over 27,454 patents and published over 29,731 patent applications. Each patent asset adds a little something new to the human knowledge base. As I cannot list all these patent assets here, my team and I have selected the five most interesting patent assets. Enjoy!

Imagine, wouldn’t it be cool if you could read in the dark with the help of a light from your ‘desk plant’ instead of your desk lamp? MIT engineers led by Michael Strano, Professor of Chemical Engineering, have made this idea a reality.

A  patent application from MIT discloses details of light-emitting plants, infused with chemicals and enzymes fireflies use to glow. The chemicals are injected into leaves of plants where they react and take energy from the metabolism of the plant, which results in a soothing glow.

This technology shows great promise and potential. The plants, once injected with enzymes, are able to glow for 4.5 hours at a time. That might not seem like long, but MIT’s engineers are working hard on improving this time. The most obvious use of the tech would be to create small light sources, like table lamps and night lamps. These plants may also open up new avenues in interior decoration.

The MIT engineers are also developing a method to spray or paint these nanoparticles on trees, transforming them to light sources, like street lamps.

Majority of the drones nowadays are equipped with cameras that allow you to capture high resolution cinematic shots from unique perspectives. However, despite high resolution images captured by the drones, these images are two-dimensional and lack depth information.

For capturing depth information, modern drones must be equipped with two or more cameras. Just like having two eyes gives us the ability to separate foreground from background, the images from two cameras placed at a distance from each other can also provide us with depth information. This is the reason why smartphone companies are also providing two (or even more) cameras for capturing a depth of field, which is useful for obtaining “bokeh” effect (in portrait mode).

The depth information from the drone cameras can be utilized for purposes such as for navigation, guidance, surveillance, collision avoidance etc.

After the success of smartwatches, wearable computing technology is going to the next level with the advent of smart clothing. Last year, Google launched a smart jacket in collaboration with Levi’s. The smart jacket allows you to perform actions such as saving your favorite coffee shop location with just a single swipe over a cuff of your jacket or change by tapping on the cuff of your jacket.

Now, in order to provide a haptic feedback, the patented technology uses a single vibration source (therefore it requires less electrical power) that will vibrate multiple vibration points within the smart jacket, thereby increasing a likelihood that you will feel the vibration from the smart jacket.

The smart clothing is expected to transform wearable devices and your wardrobe!

Drones are infamous for producing exasperating noises during flight. While Amazon is developing drone technology for delivering products to buyers quickly and efficiently, nobody would like being subjected to deafening noise while a package is dropped off by drone in their backyard.

That’s why Amazon is developing very unique solutions to reduce noises produced by drones. Last month, I wrote about an Amazon patent for using artificial intelligence to reduce the noise generated by drones.

Amazon’s new patent application, however, focuses on the propellers and describes unconventional blade designs which will improve the aerodynamic performance of drones and emit less noise.

Fake news is becoming a major war front for governments across the world. Recently, the fake news phenomenon directly resulted in a violent act, when Cesar Sayoc, a Florida resident, sent out mail bombs to new organizations like CNN and also some public figures.

With fake news seemingly making regular (and wrong) headlines, it seems that serious measures need to be taken against it. As such, even the US military, specifically the US Air Force, has taken up arms against this war front.

Now the US Air Force is joining the fight against disinformation with its new patent application. Until now, it has been challenging to swiftly and accurately discover malicious content. The patent describes tech for analyzing tweets; including the textual content of tweets, the hashtags used, and the links shared in the tweets to determine factual correctness of the tweets.

Specifically, the disclosed technology uses Markov logic networks to build a Knowledge Base (KB) over tweets — to capture both the behavior of users and the nature of their posts. The KB contains entities, their relationships, facts, and rules. Via probabilistic inference on the KB, the tech can quickly and accurately identify malicious content and suspicious users on a given collection of tweets.

Look out for the latest lunar cycle-based patent update every full moon. Next up is Cold Moon in late December. See you then!

Read next: HTC's not done making phones, but it needs to find new ways to stay alive