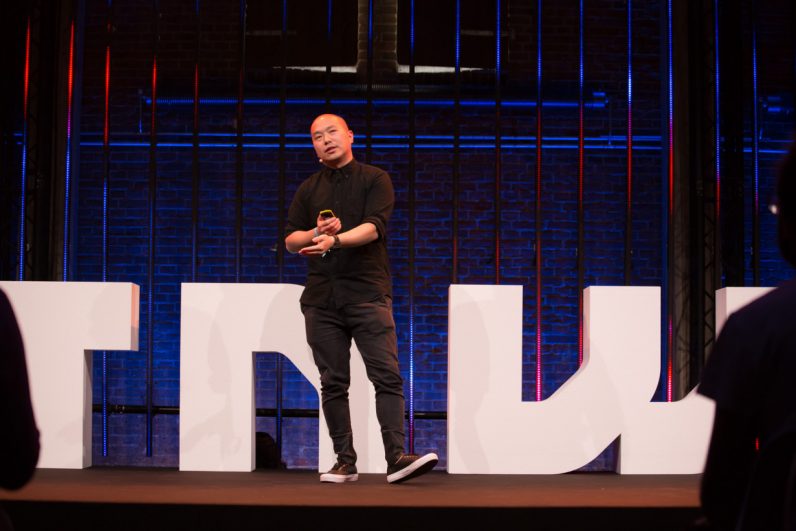 China is an enticing growth market, particularly for tech companies. But according to 9Gag CEO Ray Chan, it’s also the place where Western tech companies are failing.

He likens the Chinese tech market to awkward teenage fumbles with the opposite sex. “Everyone talks about it, nobody knows how to do it, everyone thinks everyone else is doing it, so everyone clams they’re doing it,” he quipped on stage at the 2018 TNW Conference in Amsterdam.

The thing is, he’s not wrong. Companies like Uber and Whatsapp, both giants in their own right, haven’t managed to unseat domestic-made rivals like Didi and WeChat.

So, where are Western tech entrepreneurs going so wrong?

To Chan, the answer is one of cultural unfamiliarity. Tech startups know that China is an increasingly affluent, massively lucrative market, but they don’t really understand the consumption patterns of Chinese consumers.

The other problem is that Western companies simply don’t hustle like Chinese techies. Chan highlighted a concept that’s entirely alien to me: 996.

Let’s break that down. The first nine means people get up at 9AM. The second means they finish work at 9PM. The six refers to how many days a week people work.

That’s an insane workweek, but it allows Chinese companies to scale quickly, and to innovate at a pace far beyond their Western rivals.

He also pointed out that copying features isn’t frowned upon as it is in West. Chan said that for any given problem, there are dozens of Chinese companies working on it. If a feature is good and benefits the consumer, it’s fair game.

Let’s compare that to the wailing and gnashing of teeth we saw after Facebook released a Stories feature, a la Snapchat. That sort of outcry wouldn’t happen in China.

So, can Western companies actually conquer China? According to Chan, the odds are against them.

“If you want to go into the Chinese market, you’re probably too late. There are thousands of companies, and they’re probably doing what you’re doing,” he said.

That said, there’s still a chance, but Western entrepreneurs have to radically change their outlook and ambitions.

For a chance to win in China, Western companies should see how they can help indigenous firms realize their goals of worldwide expansion.

They also need to study the market. This means getting close, and understanding the habits and tastes of Chinese consumers. And for that, learning Chinese is essential.

Fortunately, Chan isn’t short of advice here: “The best way is to get a [Chinese] girlfriend or boyfriend or wife or husband so you can practice your Chinese every day.”

Failing that, Duolingo works I suppose.

Read next: Why Proof-of-work isn't suitable for small cryptocurrencies